Results reflected an additional week of sales, a net increase of 48 stores compared with the year earlier quarter and growing traffic that the company said continued in the current quarter.

Diluted earnings per share for the quarter were 78 cents on net income of $110.9 million, up from 75 cents a year earlier and well above the average consensus of 73 cents per share estimated by analysts.

The results, which exceeded analysts' expectations and LULU's own recently upgraded guidance, were driven by new silhouettes and expanded styles and colors of women's bottoms, where sales comped up in the high teens. Sales at Ivivva, a separate banner that caters to girls, comped up 51 percent and men's comped up 16 percent.

Growing men's business justifies larger stores
“With men's, we saw continued success with our pant category anchored by the popularity of our core ABC pant and a great guest response to technical tops such as Rulu fabrics and seamless construction,” said CEO Laurent Potdevin.

The $128 ABC pant, which are designed to  give “you and the family jewels room to breathe,” feature sweat-wicking fabric with four way stretch and reflective piping inside their cuffs that make them suitable for both cycling and the office, according to the company's online store listing.

LULU is examining whether to increase store footprints after a 50 percent expansion of its store on Robson Street in downtown Vancouver yielded a 90 percent increase in Men's sales within six months. A similar remodel in Santa Monica, CA produced similar results.

The company will likely start by expanding the size of its new flagship locations and then roll out on a market by market basis as deemed appropriate.

Late deliveries overshadow Q1 forecast
For the first quarter of fiscal 2015, LULU expects net revenue to be in the range of $413 million to $418 million compared with the $442 million average of 30 analysts who follow the company.  Gross margin is expected to hover at 49 to 50 percent as internal supply chain improvements offset negative impacts of exchange rates and the higher air freight costs its incurring to mitigate the impact of the West Coast port delays. The forecast anticipates total comparable sales growth to slow to the low single digits on a c-n basis due in part to the West Coast port situation.  Diluted earnings per share are expected to be in the range of 31-to-33 cents for the quarter, or well below the 39 cents average estimate of 32 analysts.

“A meaningful portion of the inventory for the quarter has been delayed up to three weeks and there is a smaller portion that has been delayed beyond that timeframe,” said LULU CFO Stuart Haselden. “It is affecting the spring flows that we had planned and even some of the late winter flows.”

LULU merchant teams are working to maximize sales with the inventory that is available and prepare marketing plans so that its retail staff can “make the most of it” when delayed goods finally hit its stores, he said.  For instance, this week, LULU ran a winter clearance sale on some winter product that had only just arrived at its stores because of the port delays. Haselden said he did not expect such adjustment to undermine LULU's model, which relies in part of using scarcity of product to ensure sell through at full price.

Full year forecast assumes mid-single-digit comps
For the full fiscal 2015, net revenue is expected to be in the range of $1.97-to- $2.02 billion based on a total comparable sales increase in the mid single digits on a c-n basis, or $300 million short of the average of analysts' expectations. Diluted earnings per share are expected to come in between $1.85 and $1.90, compared to consensus estimate of $2.06.

LULU has warned investors since last year that its margins would remain under pressure until 2016 due to higher investments in its supply chain, guest experience, international expansion and product innovation.
In the second quarter, for instance, LULU plans to expand selection of its medium-support tank tops for women. It will offer its first full-support tank in the third quarter. 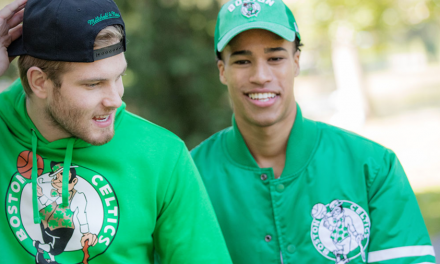