Montane has sponsored its first adventure racing team as part of its growing emphasis on the U.S. market.

The British maker of fast and light multisport technical wear announced it has sponsored Team YogaSlackers (TYS) for the 2015 season. A multi-disciplined team with roots in slacklining, acroyoga and endurance sports, Team YogaSlackers are known for their tenacious drive in the face of grueling human powered adventures.

Adventure races typically span hundreds of miles over multiple days at high altitude and set in some of the harshest, most remote environments on earth. Racers demand gear that allows them to not only survive severe weather and changing conditions, but also enables them to perform at their best in the competitive arena.

Longtime fans of Montane’s lightweight, technical outerwear for its exceptional British engineering and use of premium components, TYS was eager to partner for the 2015 race season.

“It’s right there in the Montane ethos – Further. Faster,”  said Jason Magness of TYS.  “This is our goal during all the challenges we face racing, and it is evident in the design of Montane apparel. Everything we use needs to be exceptionally lightweight, amazingly functional, and incredibly durable. Montane is an integral choice for us, allowing us to move fast, survive, and finish before the competition.”

Montane is no stranger to the rigorous demands of mountain racing, as the brand produces numerous ultramarathons, including world’s coldest and most brutal ultra race, the Yukon Arctic Ultra. Although TYS represent the brand’s first foray in the adventure racing circuit, the move is yet another critical step toward Montane’s advancement in the U.S. market. As Montane’s first official sponsored athletes stateside, TYS join the ranks with some of the world’s most accomplished multisport athletes.

Ranked one of the top Adventure Racing teams in the world, Team YogaSlackers boasts an impressive résumé on both the national and international circuit, placing 10th at the World Cup in Ecuador and making the podium in every national race they have entered since 2013. The momentum continues in 2015 with the team taking first place at the Florida Sea to Sea. This year’s schedule takes the team north for the first ever Expedition Alaska then to South America for the World Championships in Brazil.

Montane is a British company that creates premium, lightweight and breathable clothing for mountainous and extreme environments. Founded over twenty years ago, Montane work with leading athletes in mountaineering, polar exploration, climbing and trail running disciplines. Montane supports the world’s leading ultra-distance endurance events and works closely with innovative mountain and polar expeditions. Montane products are sold through leading specialist outdoor, run and bike retailers in over 40 countries around the world.

In 2015, TYS travels north to compete in the first ever Expedition Alaska. The race season will also take them across the United States and back to South America for the World Championship race in Brazil. 2016 will see them return to the “Last Wild Race” in Patagonia – where they are one of two teams in the world to have been on the podium 3 consecutive years. 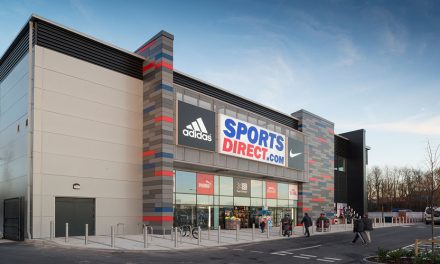