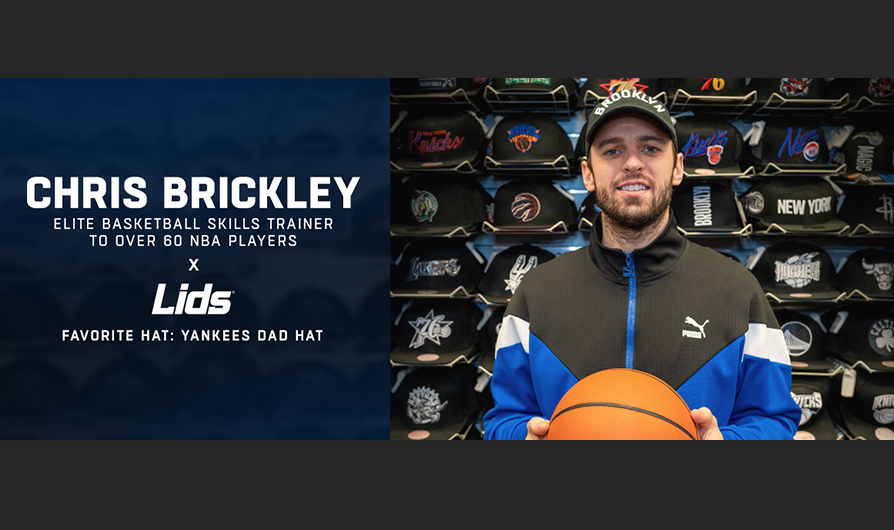 Lids has partnered with NBA skills trainer Chris Brickley. This fall, Lids will drop Chris Brickley customizations available at all retail locations with Lids Custom. The duo are also working on a custom hat design with Brickley’s streetwear brand Color Blind and a series of branded content, both scheduled to be released later this year.

“Growing up, it meant a lot when I was able to walk into Lids with my Dad and get a hat,” said Brickley. “Years later, to be partners with Lids is a dream come true.”

With over 60 NBA players as clients including eight of the last 11 NBA MVPs, 10 of the last 12 NBA scoring champions, and 29 NBA All-Stars as well as a loyal online following, Brickley has carved out a niche as a social media influencer.

“Chris Brickley is one of the most well-connected and trusted figures in the NBA circle,” said Lawrence Berger, Chairman of FanzzLids Holdings. “His visibility and influence in basketball and streetwear are unmatched. We’re excited to partner with Chris and share his passion for basketball culture with his fans and our customers through his customizations and hat design.”

Brickley is the first athletic trainer to be signed as an ambassador to Lids. His announcement comes on the heels of Lids’ partnership with Pro Bowl running back Melvin Gordon who is the first NFL player to formally team up with the brand.