The Lenzing Group will expand and modernize its existing dissolving wood pulp production at the sites in Lenzing/Austria and Paskov/Czech Republic.

At an October 11 press meeting in Vienna, Lenzing CEO Stefan Doboczky announced a total investment program of  €100 million, approximately €60 million of it in Lenzing and almost €40 million in Paskov. Additional new capacities of around 35,000 tons will be added over the next two and a half years.

“With these investments, we are taking another step in the implementation of our new corporate strategy sCore TEN,” said Stefan Doboczky. “We aim to increase our own dissolving wood pulp production from currently 56 percent to 75 percent of the group’s requirements for the production of botanic cellulose fibers by the end of the decade. The modernization will lead to more efficiency of our plants. The upgrade and expansion of our bio-refinery setup will underline Lenzing’s leadership as the most sustainable fiber producer.”

Lenzing’s bio-refinery concept is based on using only certified wood from countries in Western and Central Europe. It is an essential part of Lenzing’s mission to turn CO2 and sunlight into high value fibers, as it ensures that 100 percent of the wood components are used to produce fibers, bio-chemicals and bio-energy. This investment is also an essential part of Lenzing’s quality strategy, as the high quality of botanic fibers depends on the quality of the dissolving wood pulp.

In August, Lenzing revealed a planned capacity expansion for specialty fibers of 35,000 tons by mid-2018. Roughly €70 million will be invested in the site in Heiligenkreuz/Burgenland and approximately €30 million in Lenzing/Upper Austria as part of this project. The new pulp investment program will be implemented in addition to these investments.

Over the next two and a half years, Lenzing will invest a total of €160 million in Austria. 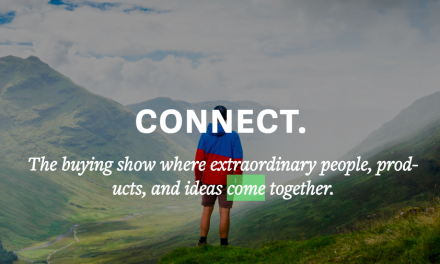 Macy’s Comps Up 5.0 Percent in July