The Lafuma Group results for fiscal the year ended September 30, 2005, reflect a year of strategic development, acquisition-based growth and a slower economic environment.

Net profits were up 3.3 % at 8.4 million ($10.5 mm) benefited from the positive impact of the goodwill amortization resulting from the OBER acquisition. Operating profits were down 12.5% at 13 million ($16.2 mm)due to a decline of 15.8 % in the camping furniture business along with a combination of related circumstances.

The Group reported a steady hold in financial charges at 1.35% of sales in spite of an increase in the gearing ratio resulting from the acquisition of Oxbow on June 1; an increase of 6.5 % in cash flow at 14.5m euros, confirming the stability of the Groups fundamentals.
Lafuma showed a significant improvement in working capital requirements at 32.7 % (previously 34.7 %), in line with objectives.

Concerning the outlook for 2006, the Groups objectives are not only to complete the Oxbow integration, but also to experience growth within the same scope of consolidation, with profits that are likely to be on the rise resulting from the initial economies of scale generated from the new group size.

Finally, in line with its internal and external development objectives, the Group maintains its plans for an operation aimed at reinforcing its equity that may take place in the coming months. 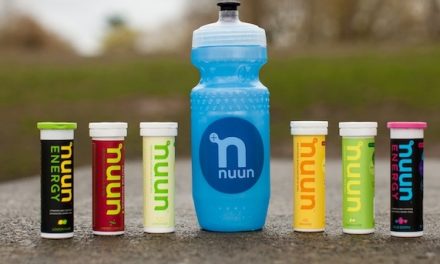