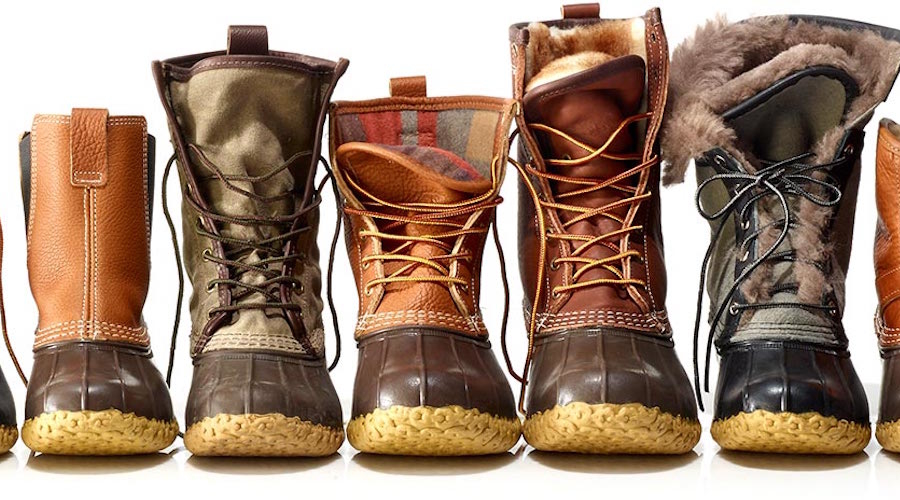 Mimicking the hype of a retro Jordan launch, L.L.Bean for the first time in its 105-year history unveiled its first set of small-batch-edition duck boots. Special editions will roll out monthly throughout 2017 in limited quantities.

The company heralded the launch with a New York Times wrap-around on Friday as well as advertisements in the back page of the Sunday New York Times Style section and one in the New York Times’ Sunday Magazine. The wrap-around advert reads, “After 105 years perfecting the original, we’re rolling out a mix of classic and small batch editions. Meticulously handcrafted in Maine. Just like the original.”

The spring collection includes more colorful versions of the classic leather and rubber-bottomed footwear. Upcoming styles will include a rugged take on a city staple, the Chelsea boot; hunting shoes with waxed canvas uppers; and shearling-lined boots for winter.

“Customers have responded enthusiastically to the different styles and colors we’ve had in the past,” said Beem. “Our design team has a lot of fun designing new styles to test throughout the seasons. So far the response has been great.”

She said the company has had  limited offerings in different styles, colors and materials over the years, but never a major one-of-a-kind limited batches program

The move comes amid the popularity of utilitarian looks from heritage brands with the fashion crowd and as demand for L.L.Bean’s duck boot has mushroomed over the last several years. In recent years, L.L.Bean has struggled to keep the boots, which are made in Maine, in stock. More than 600,000 boots, a record, were sold last year and the company expects to sell 700,000 this year and hit 1 billion in 2018.  Less than 100,000 were sold annually a decade ago.

To meet the higher demand, L.L.Bean is in the process of expanding one of its two manufacturing facilities in Maine and has invested in an additional molding machine as well as stitching machines. Boots makers are also being hired.

“This not only increases our overall production capabilities, it also allows for innovations and limited runs,” said Beem. “It allows us to inject freshness and fun while not impacting the production of our classic styles, which continue to be in high demand.” 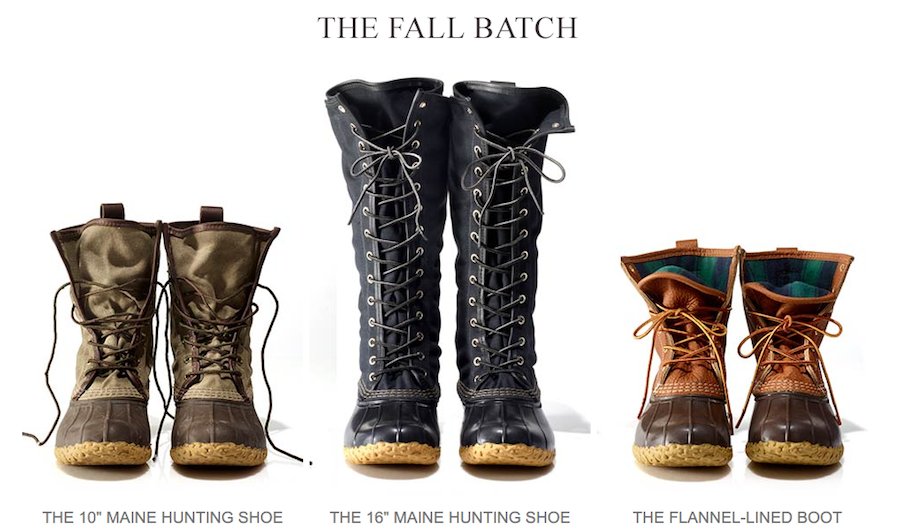 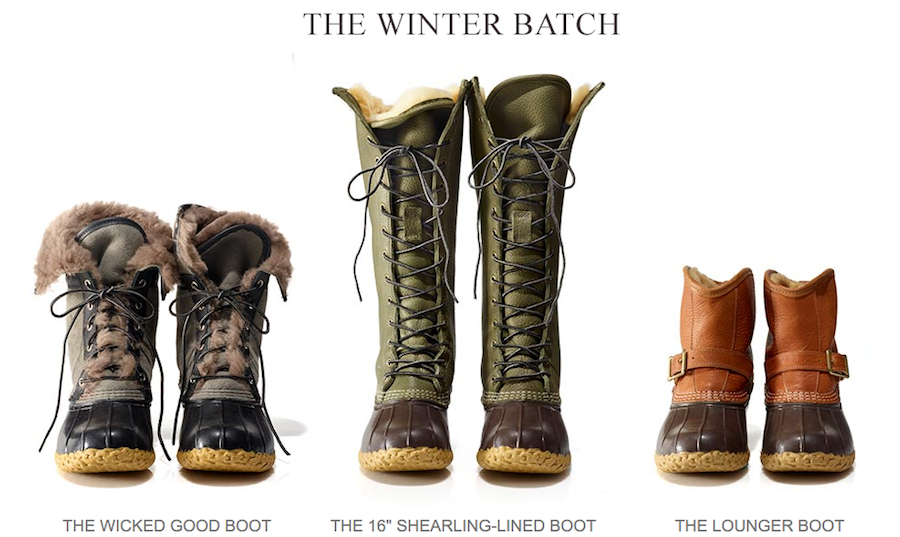