Khombu, the outdoor lifestyle company that prides itself as the official supplier of après ski boots for the U.S. Ski Team, appreciates the versatile power of footwear, outerwear and accessories.

Advocating fashion and function and hoping to consult technical designers on future models, the brand has enlisted the support of the finest alpine athletes around – members of the U.S. Ski Team and World Cup competitors.

In November 2015, Khombu announced new partnerships with U.S. Ski Team athlete Erik Arvidsson and World Cup ski competitor Abby Ghent. These young competitors will be recognized as the Official Khombu Brand Ambassadors throughout the 2015/16 Winter season, kicking off their collaboration at First Tracks in Copper Mountain, CO. Arvidsson and Ghent will also be featured on Khombu social media for a behind the scenes look at how the rising stars “live beyond the limits.”

“Performance, functionality and portability are the essential product characteristics for both Erik and Abby as they are traveling with extremely limited luggage for months at a time.”- Khombu Divisional Vice President of Global Brand Strategy, Brandy McCarty.

Erik Arvidsson has been on skis since age 2. His racing accomplishments include winning the Combined and Slalom Titles at the 2012 J2 National Championships, the 2014 Under 18 National Championships Slalom Title, and finishing sixth in both Downhill and Super G in 2014. Arvidsson has been a member of the U.S. Ski Team since 2014. Khombu will serve specifically as headgear, outerwear and footwear sponsor for Arvidsson in his upcoming 2015 – 2016 season. Currently, Khombu and Arvidsson are partnering on the development of the lightest Men’s Après’ Ski boot in the industry.

Abby Ghent is well known as the fastest female Super G skier on the North American circuit in 2014 – a reputation that earned her the World Cup Super G Start for the 2015 World Cup season. Daughter of former U.S. teamers, Ghent has withheld the family tradition with her own placement on the U.S. Ski Team. She now competes on the World Cup circuit as well. Similar to Arvidsson, Khombu will serve as the official footwear sponsor for Ghent in the upcoming 2015 – 2016 season.

Working in the lab with Khombu designers, these alpine ambassadors will lend their expertise on the mountain and in the show to the creation of a new performance footwear, outerwear and hosiery collection, available at retail in Fall 2016.

As part of Khombu’s commitment to American communities, specific pieces of the Fall’16 collection will be assembled by the family-owned footwear producer, Munro Factory Group—a Made in America operation based in Hot Springs, AR.

Featuring a special Vibram outsole for non-slip and enhanced gripping, new boots in the collection will be very lightweight (under 10 ounces on average.) Overall, the collection comes as the result of daily routines and needs of elite skiers.

The collection comes as the result of daily routines and needs of elite skiers.

“Performance, functionality and portability are the essential product characteristics for both Erik and Abby as they are traveling with extremely limited luggage for months at a time,” said Khombu’s Divisional Vice President of Global Brand Strategy, Brandy McCarty. “We’re excited to work with our athletes and continue to design innovative footwear, outerwear and hosiery, showing customers everywhere Khombu’s dedication to performance, quality and U.S. craftsmanship.”

Although launched in 1969 as a waterproof brand, Khombu has grown to encompass year-round offerings, serving all-weather, all-terrain outdoorists from mountain trails to city streets. 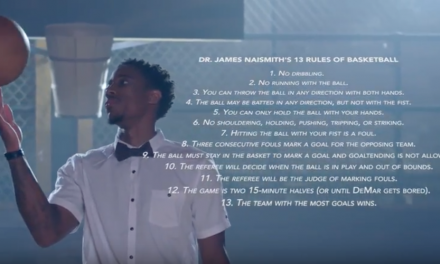 Disneyland for the Outdoor Junkie