K2 to Add to Winter Portfolio with Three Acquisitions

K2 Inc. has signed three definitive acquisition agreements in which Volkl Sports Holding AG, The Marker Group and Marmot Mountain Ltd. would become wholly owned subsidiaries of K2. The transactions, which are subject to regulatory review and other customary conditions, are expected to be completed by mid-July, 2004. K2 indicated that it expects the transactions to be accretive to its earnings in 2004 and subsequent years.

“The Volkl and Marker acquisitions are very significant in that they continue our strategy of building a truly global winter products platform for K2,” said Richard Heckmann, K2's chairman and chief executive officer. “The ski business is increasingly driven by a few global players with integrated ski and binding systems, and this transaction will solidify K2's leading position on a global basis. K2, Volkl and Marker are leading authentic brands and together they will constitute the most unique and powerful winter products platform in the industry today. The addition of Volkl and Marker's strong European management team gives us a unique opportunity to combine our significant European operations for the benefit of both customers and employees. Volkl's outstanding heritage of German engineering excellence will be a strong addition to our worldwide product offering in the ski industry as will their superb manufacturing facilities.”

Mr. Heckmann continued: “Equally exciting is the Marmot acquisition, which positions K2 with a scaleable platform in the outdoor technical apparel market. One of K2's objectives has been to build a premium technical apparel platform that would complement its reputation for performance products in sporting goods. Combined with the recently announced acquisition of Ex Officio, we are confident that we will be able to successfully grow these businesses and expand K2's presence in technical outdoor apparel. With 35 major brands across many of the major sporting goods markets, the opportunity to combine the technical high-end apparel expertise of Marmot and Ex Officio with K2's leading equipment brands and broad retail distribution will present internal growth possibilities for some time.”

Marker, founded in 1952, is a worldwide market leader in ski bindings, with an estimated market share in excess of 40% in the U.S. Marker has leveraged the strength of the Marker brand and technology to partner with ski manufacturers, including Volkl and K2, to sell integrated ski and binding systems. This partnership has enabled Volkl to establish itself as the leader in the U.S. in ski system sales, growing from an estimated 3% of the U.S. market in the 2000-2001 season to 43% in the 2003-2004 season. In addition, in the past season, a significant percentage of K2's skis were sold as integrated systems with Marker bindings.

Volkl and Marker are linked by common ownership. The purchase price for the acquisition is approximately $124 million plus the assumption of seasonal working capital debt. The transaction consideration will consist of a combination of K2 stock, cash and the assumption of debt. On a combined basis, Volkl and Marker generated total sales of $171.9 million (EUR 146.0 million) in the fiscal year ended March 31, 2004.

Marmot, founded in 1971, is a leader in the premium technical outdoor apparel and equipment market. Marmot's product lines include performance jackets, technical rainwear, expedition garments, fleeces, softshells, skiwear outerwear and accessories, gloves, and expedition quality tents, packs and sleeping bags. Retail price points for Marmot's products range from $80 to $400, and sales for 2004 are estimated to be $74 million. Marmot produces skiwear under a license with Marker, which will result in additional synergies for K2. The purchase price is approximately $84 million plus the assumption of debt. The transaction consideration will consist of a combination of K2 stock, cash and the assumption of debt.

K2 plans to finance the acquisitions through a combination of debt and equity. 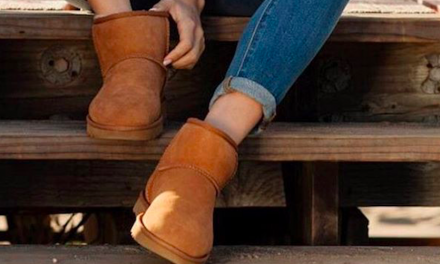