K2 Shakes Up the Market with Blockbuster Deals…

In its latest acquisition moves, K2 Inc. has apparently accomplished three key objectives that are critical as the companys strategy to become the strongest platform of sporting goods brands in the industry. While the deals last week to acquire Volkl Sports Holding AG, The Marker Group, and Marmot Mountain Ltd. boosts the acquisition total to more than a dozen since CEO Dick Heckmans arrival, it still falls far short of the 260 companies he acquired at his last gig at US Filter.

The deals announced last week, which are expected to close in mid-July, were valued at roughly $208 million plus the assumption of debt. They will be financed through a combination of cash and KTO shares supported by a new debt offering of $150 million in senior notes, the issuance of $75 million of new KTO shares, and the refinancing of K2s existing bank credit facilities. The companys current revolver will increase from $205 million to $250 million for new five-year term, with an option to expand the facility to $350 million.

KTO expects the transactions to be accretive to its earnings in 2004 and subsequent years.

The acquisitions of Volkl and Marker address two key issues for K2. First, the current the distribution deal for those two brands in partnership with Tecnica gives K2 a foothold in markets where they have seen less success than in the U.S. market. K2 fully intends to develop programs to help leverage Volkls higher-end positioning to help open doors for its other ski and snowboard brands. While distribution and representation will remain separate, K2 believes they can build a better story for tiered buying programs.

Dudley Mendenhall, K2s SVP of Finance, said that EBITDA was “about $18 million” for the two companies in the most recent year, which would put the $124 million purchase price fir Volkl and Marker at around 6.9x EBITDA. He said the working capital debt to be assumed would be around $20 million, putting the total consideration for the deal at around $144 million, or about 8x EBITDA and 0.8x sales of $171.9 million after adjustments for inter-company sales.

The Marker deal now gives K2 a binding company that will enable it to build a long-term program to develop ski systems, probably the most talked about trend in the ski industry the last few years. The acquisition puts K2 right alongside Rossignol and Salomon, which have their own bindings. K2 said they were the “only major ski company without a captive binding situation” and had partnered with Marker over the last couple of years.
K2 said that Marker now represents approximately 43% of the systems market in the U.S.

The Volkl and Marker businesses, which will remain independent of the K2 business, will report directly to Wayne Merck, president and COO of K2 Inc. The move in essence now creates two Winter Sports groups, one based in the U.S. and another in Europe. The setup appears to be well thought out as management appears to be well aware of the political - and economical - ramifications of keeping Volkl, a brand created in Germany in 1889, quite separate.

Heckman said they want to be very careful not to try to “Americanize” Volkl. “We may go slower in the first six or eight months slower than some would like us to.”
K2 sees little reason to use its China manufacturing muscle when it comes to Volkl. Cristoph Bronder, president of Volkl, has evidently struck a nice balance with its manufacturing plant in Germany and new production in the Czech Republic. Gross profit margins at Volkl were nearly 41% in the fiscal year ended March 31.

Now the only missing piece on the Winter Sports front is a boot company, but K2 management said their arrangement with Tecnica gives them a strong partner in that category. Tecnica will still distribute Volkl and Marker in Italy and France while Volkl will distribute Tecnica in Germany. Mendenhall said the service agreement with Tecnica USA will remain, with that group providing the back-room support for the brands while the Volkl team here handles sales, marketing, and product.

Heckman pointed out that Giancarlo Zanatta, president of the Tecnica Group, has a good incentive to continue the relationship since he is now a K2 shareholder. The purchase of Marker, which was 50% owned by Zannatas Tecninca S.p.A. and 50% by the Swiss investment group that owned Volkl, will be paid out in approximately 426,000 KTO shares and 20.0 million in cash. The Volkl shareholders will receive 1.4 million KTO shares and 32.4 million in cash.

The Volkl Tennis business will remain behind and will be licensed by Boris Becker, who owns 50%, and H.D. Cleven, who owns the balance. They will license the name from K2.
The acquisition of Marmot solves another big piece of the puzzle for K2 and opens up a whole new world of opportunity for the company on the apparel front. After K2 acquired Ex Officio last month K2 management told BOSS that the company would not become the apparel platform that they were looking for to service all there various brands. The Marmot deal was completed shortly thereafter and was actually executed on June 3.

We are now told that Marmot will fill the role as the central apparel platform.

Heckman told BOSS that Ex Officio will report up through Marmots CEO, Steve Crisafulli, who will now head up the new Apparel division and report to Wayne Merck. Heckman also said that Dana Design will roll up under Marmot as well.

Management likes the combination of the two because it also balances out the inherent seasonality in the two apparel businesses. Heckman said they now have a $100 million year-round technical apparel business with ExO stronger in spring and Marmot stronger in the back half. Combining all apparel brands together, Heckman feels they already have a $150 million apparel platform with 35 brands.

The ability to service those brands will provide the real upside here along with some of the sourcing benefits with Marmots network.

And Developing its Apparel Division Around Marmot…

There was already a licensing deal in place between Marker and Marmot that saw a million dollars in royalties a year going back to Marker from Marmot. It doesnt take much to imagine the benefits the ExO expertise could provide for a Shakespeare fishing collection or what Marmot could do for a second tier K2 apparel line. Each of the snowboard apparel lines will be sourced through Marmots operations group, with Ride the first big opportunity for growth.

The Marmot acquisition was termed a non-material deal so K2 did not have to report the brands numbers, keeping the multiples and other particulars close to the vest. But according to people that are familiar with the Marmot book, K2 paid a bit of a premium when including the assumed working capital debt which was reportedly around $20 million to $24 million.

Splitting the difference on that debt number, it would put the total value of the Marmot deal at around $106 million, or 1.4x estimated 2004 sales of $74 million. Marmot tallied sales of $63.2 million in 2003 and had $11.4 million is sales in the first quarter of 2004. The book apparently estimated 2004 EBITDA at around $14.2 million, which would put the multiple at around 7.5x EBITDA, well within K2s deal sweet spot. The company could not confirm the estimated figures.

Russell Corporation, which reportedly held a 10% stake in Marmot, will be bought out in the deal, but K2 could not confirm if they would receive any KTO stock in the deal. They (Marmot) will need to determine the distribution,” said Mendenhall.

The Marmot deal is structured 50/50, with the $83.8 million price tag split evenly between cash and stock.
Heckman said that this deal give Steve Crisafulli the ability and time to “architect one more power positioning statement”. He did not disagree that the apparel business here could double or triple in the near future.

In an exclusive interview with The BOSS Report, Crisafulli said Marmot had grown 15% to 20% for years, and this year was over 20%. “And I don't see anything that will make that slow down,” he said. He called out Volkl, RIDE, and ExO as the biggest opportunities for apparel, but also saw more global growth for Marmot.

“The biggest opportunity for the Marmot brand is Europe,” said Steve. “We already do a nice piece of business in Europe, and are one of the few American companies that really has a pan-European brand. I'll tell you one thing though, it sure will be nice to walk into one of those big German sporting goods department stores on a sales call with a Volkl representative right next to us. I don't think that Americans realize how big Volkl is in the major Germanic countries. It is THE number one ski.”
He also acknowledged the opportunity to improve operationally with many of the brands.

“First we will start with some very simplistic things,” he said. “Many of the K2 brands don't have the IT systems in place to deal with apparel. We also need to get an idea of what the brand managers want to see, but my first chore is to prioritize the opportunities. There are so many places to go with this, its mind boggling…”

On the subject of the timing of the sale, Crisafulli it was just time. He indicated that the companys finances were in spectacular shape.

“We have 75 shareholders and 45 of them are employees and they own half of the company,” he said. “For most of them this company is a tremendous portion of their net worth, and this deal was a tremendous opportunity for them.”

Jeff Weidman Takes a Step Back from Rutabaga… 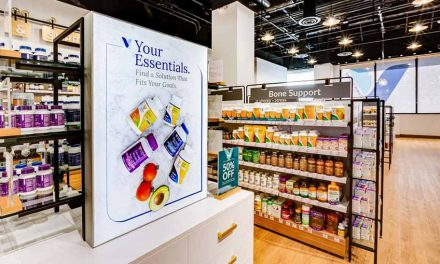