The Company purchased 400,000 shares of Class A Common Stock during the first quarter of 2005 for a total expenditure of approximately $12,504,000 as part of its stock repurchase program. At March 31, 2005, there remains authorization to repurchase approximately 4,590,000 shares under the Company's existing stock repurchase program. Since August 1996, K-Swiss has purchased a total of 24.8 million shares of Class A Common Stock for a total expenditure of $148.1 million.

The Company's estimates for the second quarter of 2005 and full year 2005 reflect the continued investments in marketing, sales and product development for the Royal Elastics brand as well as the expansion of European operations. They are based upon the following assumptions: gross margins will be between 45% and 46%; SG&A will not rise above $35 million for the quarter and $136 million for the year; cancellations will be moderate; and the Company's growth initiatives with respect to Royal Elastics will not exceed a net loss of 7 cents to 8 cents per share for the year.

Steven Nichols, Chairman of the Board and President, stated, “The first quarter results were above our expectations on the strength of higher at-once sales and continued growth in our international business. The growing profitability of our European operations and strong sales in Asia, particularly in Japan, were the stars once again in the quarter. Additional highlights for the first quarter included strong sales of our Classics, which have responded well to our focused marketing on new color and stripe treatments, and a major licensing partnership for Royal Elastics with L.A.M.B. footwear.

“Our outlook for the second quarter is a slight improvement from our original projections of a flat first half of the year while expectations for the back half of the year are now slightly more optimistic due to the improvement in the backlog. Based on the acceleration of our backlog, we are increasing the advertising spend for the fourth quarter by about $6.0 million to increase backlog momentum into 2006. This increase in advertising partially offsets some of the first quarter earnings outperformance, but we believe it is the appropriate investment.” 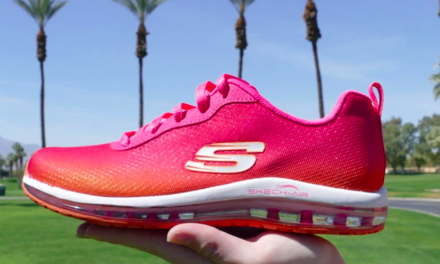