The Company reported adjusted earnings per share (“EPS”) of $0.48 for the third quarter of 2013, as compared with adjusted EPS of $0.57 for the same period last year.  The adjusted results exclude charges such as those related to the impairments of certain intangible assets, the impact of severance and other costs related to restructuring activities, certain acquisition-related costs and other costs not considered relevant for period-over-period comparisons (see reconciliation of adjusted earnings to reported earnings in the accompanying schedule).

As reported under generally accepted accounting principles (“GAAP”), the Company reported earnings per share of $0.38 for the third quarter of 2013, as compared with earnings per share of $0.22 for the same period in 2012.  The 2013 and the 2012 third quarter results include, among other things, costs and charges of $12 million ($7 million after tax) and $35 million ($27 million after tax), respectively, relating to the planned closure of certain Company-operated retail stores, business development costs, restructuring and other cost saving initiatives.  The 2012 period also included adjustments to the future payment liabilities associated with the Stuart Weitzman acquisition, charges related to lease liabilities of unused facilities and a gain relating to the sale of the Sam and Libby trademark.

Wesley R. Card, The Jones Group Chief Executive Officer, stated: “Third quarter revenues were in line with our expectations, with the Jeanswear segment again registering the largest improvement in operating results, as those product lines continue to perform well.  The Domestic Retail, International Wholesale and International Retail segments also showed improved operating results, led by the Nine West Outlet and Stuart Weitzman domestic retail businesses and the Jones New York businesses in Canada and Spain.   Our new and refocused sportswear product offerings for Fall are performing significantly better, and we anticipate that trend will continue.”

The company ended the quarter with $28 million in cash and used $93 million of cash from operating activities during the first nine months of 2013, compared with generating $13 million in the prior year period.  The current year results reflect a higher level of required investment in working capital, higher tax and interest payments and lower operating earnings.  At October 5, 2013, the Company had $78 million drawn under its $650 million of committed revolving credit facilities.

John T. McClain, The Jones Group CFO, commented: “Our financial position remains strong.  We ended the quarter with $28 million in cash and $78 million drawn on our revolver, to meet seasonal working capital needs.  Our approach to inventory commitments remains conservative, and we continue to emphasize tight expense control.  Our plans to create operational efficiencies, reduce costs within the wholesale channel and improve the performance of our domestic retail business are on track.  We believe these actions will enable us to maintain a strong balance sheet.”

Card concluded: “We believe that we are well-positioned for the fourth quarter and early 2014 as we continue to execute on our strategic plan. We have received positive reactions from wholesale customers to our enhanced products across our brands that will ship in the fourth quarter of 2013 and Spring 2014.  We are confident that continued product improvement will translate into improved retail performance and, ultimately, increased profitability.” 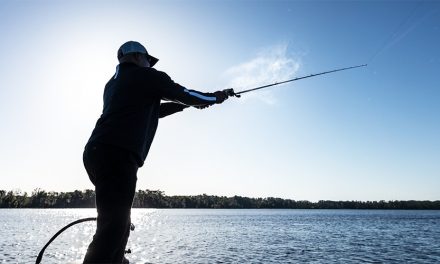