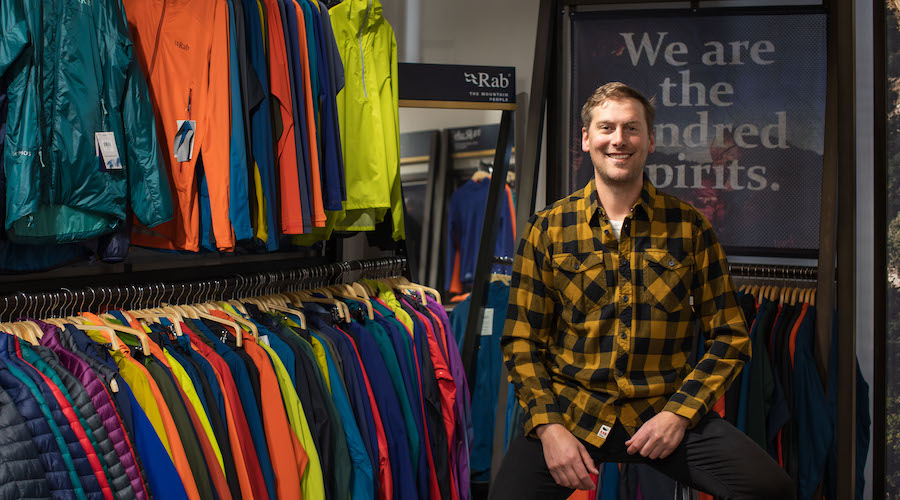 The Seattle-area native is a lifelong skier and climber, so he fully understands what avid adventurers seek in technical apparel and gear.

He began his outdoor career in specialty retail at the renowned Bentgate Mountaineering in Golden, CO, so he understands the value of brand-retailer relationships.

And he oversaw marketing at Rab/Lowe Alpine before being promoted to the brands’ top U.S. spot late last year, so he understands the importance of messaging.

In other words, Frederick has everything he needs for the lofty targets he and his team are now pursuing.

“Our goal for Rab is to be the best technical apparel brand in the U.S. market,” Frederick told SGB. “And for Lowe Alpine, it’s a marketing and branding story right now.”

Frederick is thrilled to be leading the way for both brands, which he manages from their joint U.S. headquarters in Louisville, CO, outside Boulder. There, Rab and Lowe Alpine operate out of a year-old, 14,000-square-foot space where nine employees handle distribution, customer service, dealer support and warranties for the U.S., plus marketing for all of North America (Canada has its own country office for everything but that).

While the two brands have separate marketing strategies and operate as separate P&Ls, they also are on very different paths. And during a recent sit-down at the Rab/Lowe Alpine U.S. headquarters in Louisville, Frederick shed further light on those goals and the direction each is traveling to achieve them.

Rab’s Journey Across The Pond

Rab is a British-based technical apparel brand created in 1981 by namesake and Scottish alpinist Rab Carrington, acquired by Equip in 2003 and introduced to the North America market in 2007.

Based in Alfreton, England, along with all of Equip’s brands, Rab has long been respected internationally as the gear of choice for “mountain people.” The brand makes technical mountaineering apparel plus some hardgoods such as tents, bivy sacks and tarps, all of which can be found on expeditions to the world’s highest peaks and harshest landscapes.

The brand’s U.S. origins date back 12 years ago when Equip CEO Matt Gowar bought Rab from Carrington. A few years later, with the U.S. and its massive outdoor market on his mind, Gowar relocated to the U.S. with his family to grow the brand organically.

As Frederick recounted, Gowar would visit specialty retailers around the country with garment bags full of Rab apparel. When making his pitch to a store owner, he would unzip the bags, lay out the product and flat out ask them, “Here’s our brand; do you want to carry it?” That spirit lives in Rab’s DNA.

“The great thing is the shops that he opened from the very beginning … up to this day are some of our best accounts nationally,” Frederick said. “They are close friends with Matt and close friends with me. Matt personally invested in the territory, which I think meant a lot.”

This helped differentiate Rab from other European apparel brands in the U.S., where many have struggled to find success, Frederick noted. It’s that one-on-one interaction that Gowar had with retail partners that built the foundation for the brand here.

Another differentiator is that as a privately held company, the goal is nurturing the brand, not necessarily hitting certain financial targets each quarter. This gives the brand a chance to innovate, work with manufacturing partners on production challenges and ensure Rab is delivering the highest-quality products for its key markets.

“I feel unbelievably lucky to work for the Rab brand,” Frederick said. “And the reason why is we do not have aggressive sales-related goals. We obviously need to employ people, we need to keep the doors open, we need to be a profitable brand, but the goal for Rab is sustainable profitability. It’s not you need to hit this dollar amount.”

Contrast that with Lowe Alpine, which has endured a roller-coaster ride since its early days as an OG pack brand. A series of different owners left the brand’s image tarnished, Frederick said, meaning the goal for Lowe Alpine is much different than its portfolio mate’s.

“Lowe Alpine was the Osprey of the ’90s—the pack everyone knew about,” he said. “When it was sold to a European company—one of the first times it was sold—the owner pulled it out of the U.S. market and started using this market as a dumping ground for clearance product, which just sort of removed the brand from the industry.”

Equip bought Lowe in 2011 and reintroduced it to the U.S. market a year later. But Lowe Alpine had been out of sight and out of mind for too long, and Equip has found it challenging to rebuild the brand’s reputation here.

Frederick admitted that it’s hard to tell a heritage story when most of the market doesn’t remember it, and pitching a product as “your dad’s brand” is a hard sell. There’s also some confusion with the similarly named Lowepro, which has the same founders but is now a separate company that sells camera bags and accessories.

Frederick said Lowe Alpine differs from Rab also because it has only one real competitor—Osprey, which owns an overwhelming market share. That, plus a checkered past under previous owners, puts Lowe Alpine at a distinct disadvantage when it comes to finding wall space at specialty shops.

“To bring Lowe Alpine in as that much of underdog was challenging in its own right,” Frederick said. “And then there was a perception from the UK of, ‘We’re just going to bring this back to the U.S. and they’re going to welcome us home and it’s going to explode.’ What they didn’t realize is that when the brand left the market, it left the market for almost 20 years. And so when we brought the brand back, you had a generation of people who are the target market yet who didn’t even know what Lowe Alpine is.”

Two Trails To The Same Summit

Challenges exist for both brands, but Frederick and his team have a game plan for each. Rab is in about 120 specialty doors here, but the goal is to strategically grow that number through messaging, part of which is centered on Rab’s sustainability efforts like traceable down, and through a heightened commitment to the specialty channel. Already, the brand became the first European apparel brand to become a full member of the Grassroots Outdoor Alliance, Frederick said.

“I say mountain running as opposed to trail running because we’re not trying to make the lightest, cheapest, most inexpensive short,” Frederick said. We’re trying to make stuff that if you’re running and end up above treeline and you’re scrambling, there’s some durability, some wind resistance and there’s a mountain story to it.”

Rab also plans to launch into skiing for winter 2020/21. The brand’s capsule ski line will include multiple jackets and multiple pants, designed with input from European, Norwegian and U.S. product designers and testers.

“It’s building on our heritage, so we’re not trying to say, ‘You’re doing ski wrong and we can do it better,’” Frederick said. “What we’re trying to do is make Rab ski apparel. We’re trying to make ski apparel that fits our filter, so it’s appropriate for the mountains, it’s durable, it’s lightweight but not to a fault, and it’s functional.”

The brand will debut the line at the 2020 Outdoor Retailer + Snow Show in Denver, CO, and while there will be some SKUs designed for the Euro market and resort skiers, the Rab ski line will be “all about the backcountry,” Frederick said.

“We make enough stuff already that is just for the ‘up,’” he added. “The new ski stuff is definitely for the ‘down’ but you’ve got to earn it.”

The goal for Lowe Alpine is simpler in some ways but perhaps harder to execute, Frederick said. The brand is focused on telling a new story about technology and how it carries loads for all manner of excursions. And it’s not about touting the pack’s legacy but rather its quality.

“It’s just market share right now,” he said. “The beauty of Lowe Alpine is the product can control the brand identity. We are very aware that our brand identity was destroyed way before we brought the brand. That’s not something we’re proud of, but it is the reality. Our U.S. brand goal is getting people to be aware of who the brand is. It’s just brand recognition, which will then, in turn, lead to sales.”

Despite the different paths, Rab and Lowe Alpine are on a shared journey, and not only because they have the same management team in the U.S. plus the same independent sales reps trying to get into the same specialty retail doors, whether that’s traditional brick-and-mortar stores, e-commerce sellers or those that offer both.

For Frederick, who is leading both brands on this quest for a larger piece of the growing outdoor industry market, the messaging for Rab and Lowe Alpine is finally aligned, and their destination is now in focus.

“Right now, it’s exciting,” Frederick said. “You look back a few years, and it felt more overwhelming because Rab had its path, and Lowe had its path and they were not parallel. Rab is technical mountain apparel through and through. Now that we have a defined story for Lowe too, and we have nice technical climbing packs that we can sell into the same shops. So we can tell the stories together, which I think is the piece that was missing.” 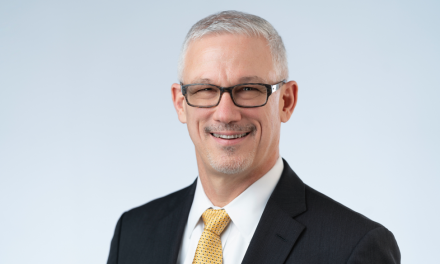 Aisle Talk Week Of May 13