British retailer JJB Sports Plc took the opportunity presented by its Annual General Meeting to let the market know about the current state of its business. Total Group revenue, including health clubs, for the 25 weeks to July 23, 2006 was 11.6% higher than the comparative period last year and included an increase in like-for-like revenue, in respect of operating units which have been open for over 52 weeks, of 9.0%.

Revenue from the retail store chain increased by 9.8%; over half of this increase came from replica kit products as a result of both the FIFA World Cup and from JJB’s new Rangers FC licensing agreement. All other product categories
recorded increases in revenue when compared to the same period last year, with the exception of golf, an area that is currently being over supplied in the UK, and has resulted in price-cutting by many retailers.

Revenue from JJB’s health clubs has increased by 40.7%. JJB currently operates from 37 health clubs with 153,800 members compared to 28 clubs with 113,000 members at this date last year, reflecting the continuing success of
the clubs.

The sports retail market is still particularly competitive and JJB has continued to match the prices of its competitors. The blended gross margin for the first
25 weeks of the current accounting period is 180 basis points lower than that achieved in the same period last year. Included within this blended gross margin is a fall in the gross margin achieved by the retail store chain of 280 basis points. The number of units of World Cup related product, sold by JJB during the current accounting period, is very much in line with its expectations, but predatory pricing on England replica shirts by competitors resulted in a shortfall in the gross profit achieved on these shirts. This has been partly offset by an increase in gross profit from other product categories. Gross margin comparatives will become easier to match after October following JJB’s decision in October 2005 to adopt a more competitive pricing stance.

Net operating expenses, before profits or losses on sales of property, plant and equipment, have increased by 8.4% over the comparative period, being principally affected by the additional number of combined health clubs/superstores in operation.

JJB does not expect the competitive situation within the sports retail market to ease, and had already factored the current situation into its expectations for the Group’s current year results. However, JJB now believes that with the help of its “Serious about Sport” initiative, it is better placed to offer a more sports focused product range which further differentiates it from its competitors.

Initial sales of Rangers FC products have been satisfactory, following JJB’s acquisition of the club’s licensing rights on June 8, 2006.

JJB’s chain of 22 small Icon stores, which retails fashion/leisure clothing and footwear ranges which are not carried within the JJB stores, has been entirely used as a means of generating some income from stores which had earlier been vacated by JJB. The Board has recently made the decision to dispose of the chain.

Commenting today, Roger Lane-Smith, Non-executive Chairman said: “When I announced our preliminary results to January 2006 in April this year, I indicated that I did not foresee any improvement in trading conditions in the current financial year.

“We have in the year to date seen encouraging improvements in like-for-like sales, with increased sales of replica kit, albeit at the expense of margin, which has benefited our cash flow.

“Whilst our health club offering continues to prosper, competition within the sports retail market is still severe and as ever, the Christmas trading period
will be an important constituent of our year-end results.” 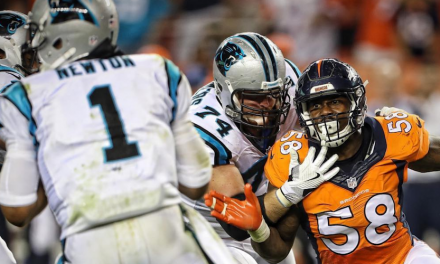