Profit was also hit by 108 million pounds of one-off charges including goodwill impairment. Gross margins eroded to 34.4 percent from 38.4 percent.

Like-for-like sales during the period increased by 5.9 percent and on-going retail revenue increased by 0.5 percent overall. The decline in gross margin reflected poor stock packages available to the business and the need for highly promotional sales initiatives to drive footfall and clear stock during the second half.

The 52-week period does not cover the past few eventful months when JJB completed two emergency fundraisings, agreed to close 89 stores  and transferred its London quote to the Aim junior market.

JJB, which is based in Wigan, has earmarked the funds raised to revamp 150 stores this year, and said it would alter its offerings to reverse trading that it dubbed “poor and consistently below expectations.”

“The restructuring of JJB will not be easy or quick and will most likely take three to five years,” said Mike McTighe, chairman. “The retail environment is challenging, will remain so for some time and we face intense competition. But the work undertaken over the past six months, together with the crucial support of all our stakeholders, has given JJB a chance to survive and ultimately to prosper.

In March, JJB secured an agreement with its landlords and other creditors to prevent it going into administration, its second rescue package in as many years. 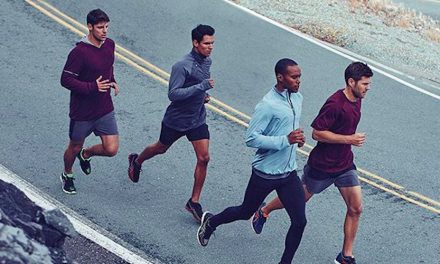