In a big vote of confidence on the heels of the toughest season in decades, Jarden Corp. said it will invest $40 million over the next two years to consolidate manufacturing of its winter sports equipment in a single, state-of-the-art factory.

Jarden’ Corp. reported Oct. 24 that revenues at its Outdoor Solutions segment (JOS) reached $657.6 million in the third quarter ended Sept. 30, down 7.0 percent from a year earlier, as the aftereffect of last winter’s unusually dry and warm weather finally hit. JOS earnings fell 8.0 percent to $96.2 million from a year earlier, while operating earnings slipped 20.6 percent to $66.4 million.
Jarden forecast in February that it expected JOS sales to fall by $50 million in 2012 as retailers worked through carry over inventory from last winter. About $10 million of that impact came in the third quarter, estimated Jarden CEO and Director James E. Jim Lillie. JOS sales actually fell $40 million during the quarter, but Lillie estimated JOS will recapture about $30 million of that revenue in the current quarter as winter sports dealers take later deliveries. JOS's winter sports brands include Full Tilt boots, K2 skis and snowboards, Marker and Volkl skis and Madshus and Tubbs snowshoes.
Lillie divulged that JOS is moving ahead with a plan to invest $40 million over the next two years consolidating snowshoe, binding, snowboard and ski manufacturing at a single, state-of-the-art manufacturing facility. The facility, which will feature increased automation, improved material flow, enhanced product throughput in a more eco-friendly and energy-efficient infrastructure, is scheduled to be fully operational in time to ship for the 2014-15 winter season.
“I think if you look at the ski industry, there isn't one company out there that has made this kind of investment probably in the last 10 or 20 years,” said Lillie. “And so I think it's going to be distinct competitive advantage in delivering great products at an appropriate price within a more effective JIT system, which ultimately will benefit working capital.”
The decline in winter sports sales overshadowed good results at JOS’s tail-gating initiative, where sales increased 30 percent as retailers snapped up a broad selection of grills, crock pots, chairs, shelters and coolers emblazoned with their favorite NFL, Major League Baseball and NCAA team logos.

In related news, Lillie said outdoor apparel brand Marmot continued to meet its’ aggressive growth goals thanks in part to the opening this year of its first store in the King of Prussia Mall in Pennsylvania. Marmot will open its second store next month on Rush Street in Chicago.

Finally, Jarden said it is integrating a Brazilian company it acquired during the quarter into Coleman. The company makes house wares, including thermal bottles and coolers sold under the Invicta brand. 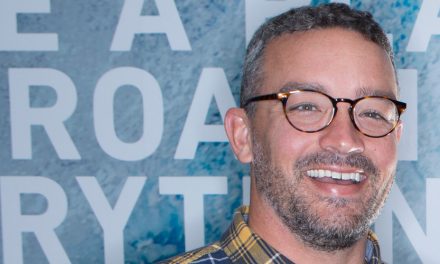 Spy To Host Customer Of The Future Summit Meeting

Wolverine Worldwide Appoints Roxane Divol to Board of Directors