According to Johnson Outdoors, ISS recommendations are relied upon by hundreds of major institutional investment firms, mutual funds, and other fiduciaries throughout the country.

As previously announced on October 29, 2004, the board of directors of Johnson Outdoors approved a definitive merger agreement with JO Acquisition Corp. under which JO Acquisition Corp. will acquire all of Johnson Outdoors outstanding shares for $20.10 per share in cash. The transaction, if approved, is expected to be completed shortly after the March 22, 2005 shareholder vote.

Under the terms of the all-cash offer of $20.10 per share, which represents a 21.2% premium to the average closing price of Johnson Outdoors Class A common stock for the 30 days prior to the Buy-Out Group’s initial $18.00 offer and a 53.7% premium to the 52-week average closing price prior to the February 20, 2004 announcement of the offer, Johnson Outdoors unaffiliated shareholders will receive guaranteed value for their investment. As the Company noted in its definitive proxy statement that it recently mailed to its shareholders, the Board of Directors urges all shareholders who have not already done so to vote FOR the merger by mailing in their proxy cards TODAY.

Approval of the merger agreement requires, among other required votes, the affirmative vote of 66 2/3% of the votes entitled to be cast at the special meeting by shareholders other than members of the Buy-Out Group and their affiliates or associates. Accordingly, Johnson Outdoors urges shareholders, whether or not they plan to attend the special meeting in person, to sign, date and return the Company’s proxy card or to follow the instructions supplied on the proxy card for voting by telephone or via the Internet as soon as possible.

In its report issued today, ISS also recommended that shareholders vote to approve the proposal that would give Johnson Outdoors the authority to adjourn the special meeting of shareholders if there are not sufficient votes to approve the transaction and related items.

Paddlesports Companies Close Ranks Around OR 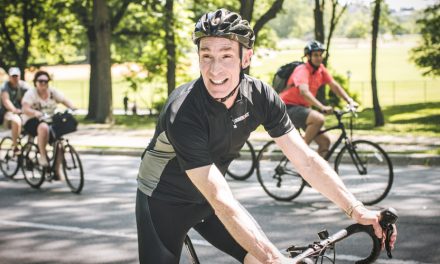