Compass Diversified Holdings Inc. (NYSE:CODI), which agreed this month to acquire 5.11 Tactical for $400 million, plans to sell another 3.5 million of its shares in Fox Factory Holding Corp. (Nasdaq:FOXF).

Fox Factory disclosed the plans August 8 as its shares hovered just below $20. The Scotts Valley, CA-based company, which makes premium suspension products for mountain bikes and off-road vehicles, has expanded its presence in the bicycle business in the last year by acquiring the RaceFace/Easton components business and the Marzocchi trademark.

According to a filing with the Securities and Exchange Commission, the sale would take Compass Diversified’s holdings in Fox Factory down to 23.4 percent from 32.9 percent. Compass Diversified could also sell an additional 525,000 shares of its FOXF stock to BofA Merrill Lynch, which is acting as the sole underwriter of the offering.

Improving Outlook
On August 3, Fox Factory raised its guidance for the full fiscal year after reporting sales rose a better-than-expected 5.3 percent to $102.3 million from the same period a year earlier.

Gross margin reached 31.6 percent for the second quarter, up 90 basis points, thanks to manufacturing efficiencies and to a lesser degree favorable product and customer mix.  Additionally, gross margin improved due to the non-recurrence of costs associated with the 2015 ramp-up, reconfiguration and logistics of bike rear shock production in Taiwan and the subsequent reconfiguration of other facilities.

Total operating expenses rose 8.8 percent to $21.0 million, including $1.1 million of expense associated with patent litigation involving a bike industry competitor that Fox Factory said could continue for several quarters. Fox Factory also increased spending on a new enterprise resource planning (ERP) system and developing a more moderately priced line of forks and suspension products for the Marzocchi mountain bike brand it acquired earlier this year. As a percentage of sales, operating expenses were 20.6 percent for the second quarter of fiscal 2016 compared to 19.9 percent in the second quarter of fiscal 2015.

Fiscal 2016 Guidance
For the third quarter, Fox Factory expects sales in the range of $106 million to $112 million and non-GAAP adjusted earnings per diluted share in the range of 37 cents to 41 cents.

For the full fiscal year 2016, the company raised its previous guidance and now expects sales in the range of $387 million to $402 million and non-GAAP adjusted earnings per diluted share in the range of $1.10 to $1.19. 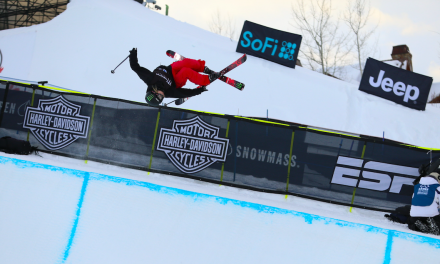