After wrapping up Outdoor Demo, more than 18,900 Interbike attendees gathered at the Sands Expo and Convention Center Wednesday to continue with three packed days of exhibits, product launches, seminars, meetings and celebrations. In celebration of their industry leading partnership, Interbike and Bikes Belong Coalition served free Kinetic Koffee to the first 1,000 attendees. The coffee was served in specially commissioned stainless steel mugs that feature both of the organizations logos and the slogan “Creating a Buzz for Bicycling.”

Once on the show floor, Interbike attendees had more than 313,000 net-sold, square-feet of exhibit space, which is equal to 3,130 10- x 10-foot booths brimming with new products and accessories from brands such as Bell Sports, Cannondale, Giant, Kona, Scott USA, Shimano, Specialized and SRAM, to name a few. Filling the square footage is more than 1,000 individual bicycle and accessory brands.

“Our team returned from two very busy days at Outdoor Demo feeling hyped and ready to carry our demo success into the indoor portion of the show,” said Penina Bush, vice president of the bike division at Shimano. “That positive energy-and a good-sized crowd in our booth-continued through out the entire first day indoors. Our booth was full of activity even late into the afternoon.”

“My staff and I are combing Interbike looking for unique and functional accessories for hybrid and commuter-friendly bicycles,” said Marty Hansenstaub, owner of Marty's Cycle Center in Avon Lake, Ohio. “So far we have not been disappointed and have several appointments for tomorrow. It has been almost four years since I last attended Interbike and it seems bigger and busier than ever.”

“What a great first day here in the Sands Expo and Convention Center,” said Rich Kelly, Interbike's marketing director. “Attendees seem excited about the exhibits and the manufacture's newest products, almost every booth I visited was humming with business. We also had a good crowd formed outside the Interbike Media Center, where we were able to highlight some of this year's newest products and broadcast live interviews with several of our attending celebrities and athletes.” 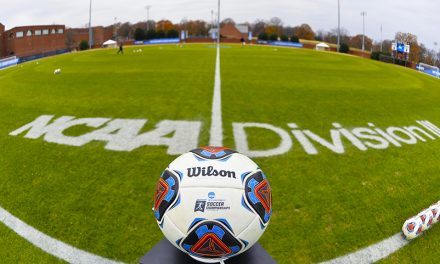