Inside The Call: Under Armour Hikes Outlook As North America Turnaround Accelerates 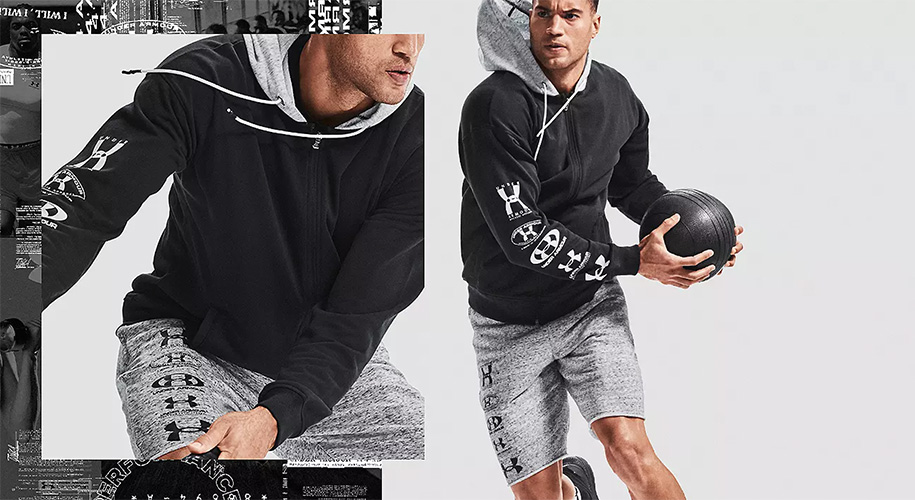 Under Armour Inc. significantly increased its guidance for the year after reporting first-quarter results that came in well above expectations due to strong sell-throughs at both its wholesale and direct-to-consumer (DTC) segments. Marketing investments will be ramped up in the second half to build on momentum seen in North America, China and Germany.

Sales in the quarter jumped 35.1 percent to $1.26 billion (up 32 percent currency neutral) and were helped by higher-than-expected demand across its wholesale and DTC channels. Wall Street’s consensus estimate had been $1.13 billion.

The size of the gains reflected easy comparison as sales in the first quarter of 2020 fell 23 percent as the pandemic emerged.

On a conference call with analysts, Under Armour President and CEO Patrik Frisk said the company was most encouraged to see that on a two-year stack, or comparing 2021 results to 2019, “we’re running a better, higher quality and more profitable business.”

Frisk added that the stronger-than-expected overall quarterly performance, which also included higher-than-expected margins and ending the quarter with an 8 percent reduction in inventories, was more evidence that the strategies put in place over the past couple of years were working. Measures include significantly reduced sales to the off-price channel, better constraining supply against proactive demand signals, and a new push to exit undifferentiated distribution.

“By staying focused on athletic performance, operational excellence and connecting even more deeply with our consumers, these efforts are beginning to drive more consistent results, particularly in North America, our largest and most challenged business over the past couple of years,” said Frisk. “At the highest level, we are executing well strategically, operationally and financially.”

Given the quarter’s performance, a higher-than-expected rate of wholesale orders for the fourth quarter and “continuous strong momentum in fitness and wellness,” Under Armour now expects to expand at a high-teen percentage rate for 2021, bringing its business essentially back in line with 2019’s results.

Stronger Sell-Throughs At North American Wholesale
By channel, wholesale revenue was up 35 percent. CFO Dave Bergman said that as noted in the fourth-quarter conference call, approximately two-thirds of the wholesale growth was due to a shift of orders from the fourth quarter to the first quarter due to timing impacts from COVID-19 related to customer order flow and changes in supply chain timing. Bergman, however, noted that most of the wholesale over-delivery in the quarter was due to stronger sell-through and higher demand from North American customers.

DTC sales jumped 54 percent, led by a 69 percent growth in e-commerce and 44 percent growth in its owned retail stores. The better-than-expected DTC performance was primarily due to higher average order values in retail and higher e-commerce conversion rates. Licensing revenues were up 9 percent, driven primarily by North America. 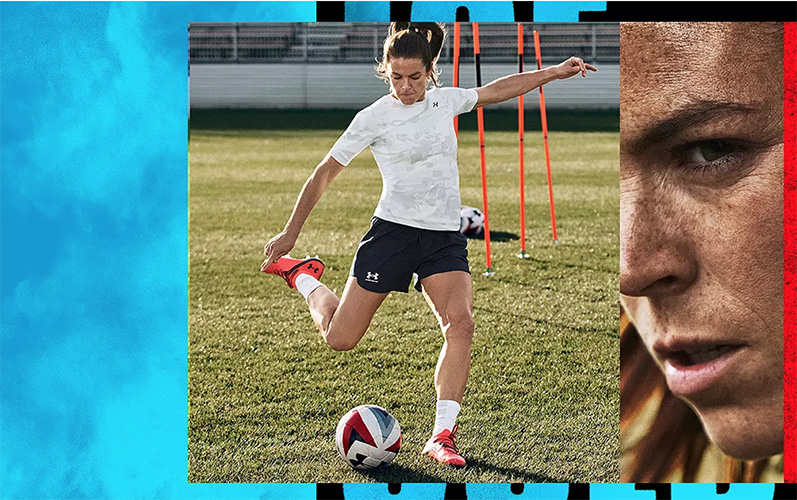 The sales gains in North America were driven by its wholesale business, which benefited in part from the order shift. Additionally, the North American DTC business strengthened with Factory House and e-commerce pacing the growth.

Frisk said that by many accounts, the North America region is in the “healthiest position it’s been in quite a few years” from both a brand and financial perspective. He stated, “Higher quality revenue driven by a sharp focus around tight inventory management, proactive demand constraints, improving segmentation and servicing our customers well puts us in the sweet spot of our strategy to return to brand-driven premium growth.”

On a two-year stack basis, the North American wholesale business is “meaningfully healthier” than in 2019, according to Frisk. The improvement came despite several headwinds against comps, including the proactive demand constraints, exits to undifferentiated retail accounts, a significant reduction in sales to the off-price channel, and a reduction in overall promotional activities. Said Frisk, “When taken in total, an encouraging sign as to the future of our business.”

On the DTC side, Frisk said that while traffic challenges persist in physical stores, the North American business is performing above plan and expected to deliver “solid growth” in 2021. The focus remains on reducing promotional activity and driving improved store and digital productivity.

EMEA Sales Expand 41 Percent
In the EMEA region, sales climbed 40.6 percent in the quarter to $193.9 million and showed a currency-neutral gain of 33.2 percent. EMEA’s operating profit reached $26.7 million against a profit of $3.7 million a year ago. EMEA’s growth was driven in wholesale, led by its distributor business, including the benefit of COVID-19-related order shifts, as well as strength in e-commerce. The gains came despite about a third of its owned and partner mono branded doors being closed at the end of the quarter. Frisk said, “There’s no change or expectations for this crucial market with stronger than expected bookings coming in for the fourth quarter. We remain encouraged by our strategies to tightly manage Inventory while investing in brand awareness and consideration.”

Asia-Pacific’s Revenues More Than Double
Asia Pacific’s revenues were up 119.7 percent to $220.2 million with balanced growth across all channels, including wholesale business, which partly benefited from order shifts. Sales grew 106.7 percent on a currency-neutral basis. The region was facing the easiest comparisons against widespread year-ago store closings. Operating profits in the region reached $46.5 million against a loss of $36.8 million.

Frisk said while the pandemic continues to present traffic challenges and drive higher promotional activities across the Asia Pacific region, “we remain confident in our ability to navigate these dynamics to emerge a stronger brand. Optimistically, given an accelerated shift to online purchase behaviors, investments into CRM and digital activations remain center stage in our playbook to driving better brand affinity in the long term.”

Latin America revenues declined 9.0 percent to $48.3 million, driven primarily by lower wholesale results, partially offset by e-commerce growth. Currency-neutral sales were down 7.3 percent. The region managed a profit of $1.5 million against an operating loss of $48.2 million a year ago. Frisk said the transition of certain countries to a strategic distributor model had been expected to impact revenues in 2021. He added, “Over the long term, we believe it will help drive greater profitability and provide a better opportunity to increase brand awareness and affinity across this region.” 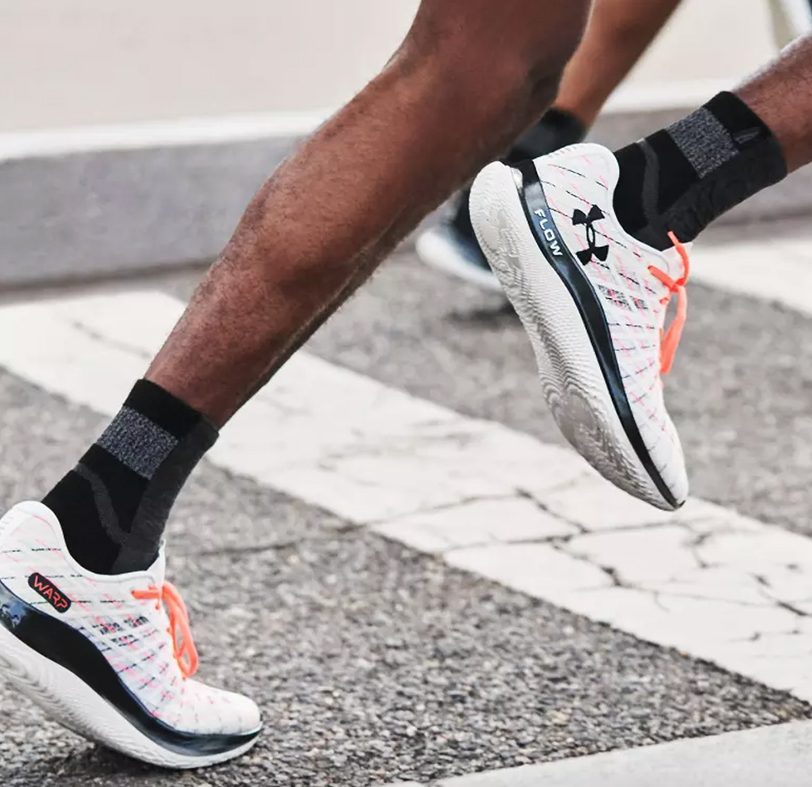 Margins were also boosted by 130 basis points of supply chain benefits, including improved inventory levels, resulting in lower reserves and product costing improvements; as well as 50 basis points tied to favorable mix due to reduced off-price sales and higher mix of DTC. Offsetting these improvements was about 140 basis points of negative gross margin impact related to the sale of MyFitnessPal.

SG&A expenses decreased 7 percent to $515 million primarily due to lower legal and marketing costs than the prior year.

Restructuring and impairment charges were $7 million, less than anticipated due to slower than expected execution. Including the first quarter, Under Armour has now taken $480 million of pre-tax restructuring charges under its transformation plan. As detailed last September, the plan contemplates total charges ranging from $550 to $600 million with most of the rest to be taken in the second quarter.

Inventories Down 9 Percent
Inventory at the quarter’s end was down 9 percent to $852 million. Frisk said the leaner inventories reflect its plan announced earlier this year to exit between 2,000 to 3000 undifferentiated retailers over the next two to three years but also the ongoing effort to limit inventories to ensure “we’re staying as clean as we can in every channel and every point of distribution.”

Frisk also anticipates Under Armour won’t be doing much “chase” to capitalize on unplanned orders given the focus on inventory control and the ongoing supply chain disruption.