Inside The Call: Dick’s SG Hikes Outlook As Pandemic-Driven Momentum Keeps Chugging Along 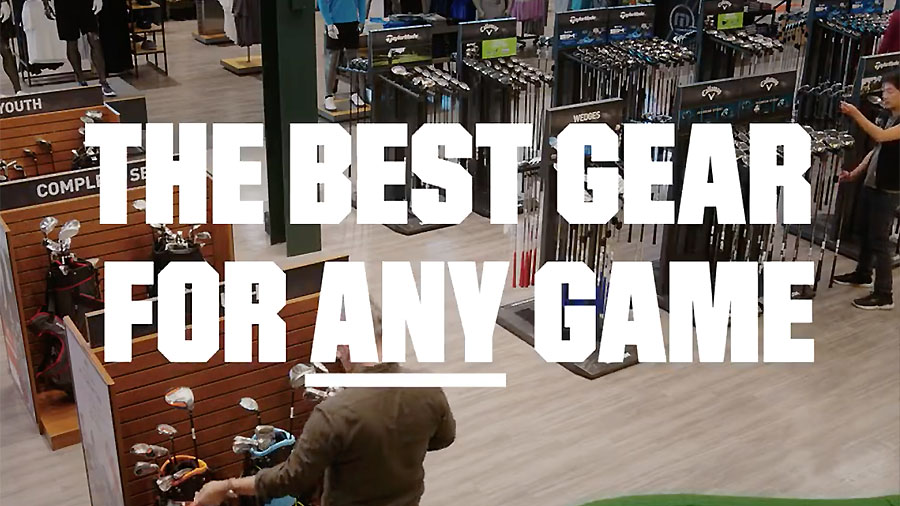 Dick’s Sporting Goods significantly hiked its guidance for 2021 as stellar first-quarter results provided more confidence that the surge seen across many categories during the pandemic would continue to pay dividends in the future.

On a conference call with analysts, Lauren Hobart, president and CEO, said team sports “came back with a vengeance” in the first quarter after leagues were widely canceled after the pandemic emerged last year. However, she added that “surging categories” last year, due to changing behaviors as a result of the pandemic, citing golf, home fitness and outdoor, are “still really, really strong.”

She noted that, like many retailers, Dick’s is trying to understand what the “new consumer behavior is going to be” post-pandemic but said her team has become more confident about a sustained benefit.

Said Hobart, “We feel really, really positive about the business and what we’re seeing about consumer demand as we head into the future.”

Ed Stack, executive chairman and chief merchandising officer, added that beyond any pandemic benefit, he believes Dick’s is benefiting from steps taken in recent years to further differentiate its stores “versus our direct competitors and even some tangential competitors.” The steps include adding concept shops from Nike and other major vendors, adding premium full-service footwear areas and investments in building “vertical brands” or private label brands.

Like many other retailers, Dick’s provided comparisons against the more normalized 2019 period and 2020 in both the latest quarter and in its outlook as the year-ago period was disrupted by temporary store closures with the pandemic’s arrival. 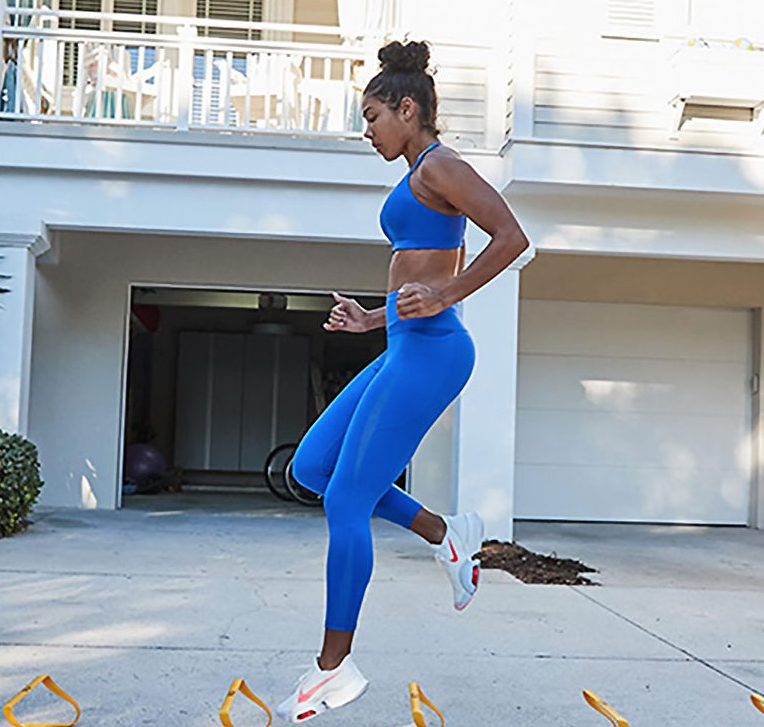 Dick’s updated outlook for 2021 calls for:

Beyond strong demand for its merchandise, Dick’s officials said the sales growth in the latest quarter benefited from government stimulus checks.

Gross margins in the latest quarter reached 37.3 percent of sales, up 2,100 basis points compared to last year and 795 basis points compared to 2019. Approximately 1,000 basis points of the improvement reflected sales leverage. Merchandise margins expanded 787 basis points, primarily driven by fewer promotions and a favorable sales mix. The year-ago period also included $28 million of inventory write-downs resulting from the temporary store closures that were subsequently recovered in the second quarter of 2020 as sales came in better-than-expected as stores reopened. The remaining margin improvement was traced to lower shipping expenses as a percent of sales due to higher brick and mortar store sales penetration.

“The strength of our diverse category portfolio, supply chain technology capabilities and omni channel execution helps us continue to capitalize on strong consumer demand across golf, outdoors activities, home fitness and active lifestyle, said Hobart. “We also saw resurgence in our team sports business as began to get back out on the field after a year in which many sports activities were delayed or canceled.”

She also highlighted that earnings benefited from a continued disciplined promotional strategy and cadence as many categories in the marketplace remain supply-constrained.

DSG, its largest in-house brand, as well as Calia, its second-largest women’s apparel brand, both saw “sustained success” in the period. VRST, its new men’s athleisure range, launched to a “really strong start.” Overall, improved space in-store and increased marketing are planned in support of its vertical brands this year.

At the store level, investments continue to be made in elevating service levels and adding more experiential elements.

“We’re reimagining the athlete experience both across our core business, and through new concepts that we have been working on for the past several years, which will collectively propel our growth in the future,” said Stack on the call.

Stack highlighted that the retailer’s first Dick’s House of Sport in Rochester, NY is “off to a great start and is on track to become among our highest volume store in the chain.” The concept stands out for its outdoor field that can host sports events and promotes product trial as well as elevated in-store shops. A second location is scheduled to open in Knoxville and learnings from the concept will be rolled out to its flagship concept.

In golf, Stack said the overall category “has been tremendous” for the company and the Golf Galaxy chain has been “significantly outperforming” the company average in recent quarters.

As a result, Dick’s will be investing over $20 million to “transform” its Golf Galaxy stores, including hiring certified PGA and LPGA professionals. Online booking of lessons and club fitting have also been prioritized and the first Golf Galaxy-specific brand campaign has been introduced. Nearly twenty stores have been redesigned with TrackMan technology added to over 80 percent of the chain. Another 18 remodels are set for 2021.

“The new stores we’ve remodeled are showing promising results,” said Stack. ”Looking ahead, we expect golf to have a long runway. And we’re committed to leveraging this momentum for future growth within our business.”

Dick’s also added more than 30 soccer in-store shops inside Dick’s locations that features an expanded selection of licensed jerseys and soccer trial elements. Said Hopart, “We’ve been pleased with the initial results and plans to add additional shops throughout the year.”

Regarding omnichannel, Hopart said Dick’s continues to drive significant improvement in the profitability of the e-commerce channel through fewer promotions, leveraging fixed costs and strong customer adoption of in-store and curbside pickup. Improved inventory and reduced wait times are particularly supporting pick-up. During the first quarter, over 90 percent of curbside orders were ready within 15 minutes. Hopart said, “Looking ahead, we continue to expect curbside pickup will remain a meaningful piece of our omnichannel offering as our athlete’s trend toward the service for speed and convenience.”

In marketing, Hopart said Dick’s Scorecard program has more than 20 million active members who drive over 70 percent of sales. The program is also supporting strong retention for the 8.5 million new customers acquired last year as well as the nearly 2 million acquired in the first quarter. The new customers continue to skew younger and more female.

Said Hopart, “In closing, we are a growth company steeped in technology and omnichannel experience with a bold path forward. As we continue to execute against our strategic priorities, we are enthusiastic about our business and confident that our investments will strengthen our leadership position within the marketplace.”

Total inventory decreased 4.0 percent at the end of the first quarter.

Lee Belitsky, CFO, said on the call, “Our strong flow of products supported Q1 sales growth in excess of our expectations. Looking ahead, our inventory is very clean, and we continue to expect a robust product flow. As it relates to supply chain expense, we see elevated costs, which we expect to continue but, thus far, have mitigated this pressure through higher ticket as a result of being less promotional and increasing prices in select categories.”

Belitsky said Dick’s is “very pleased with the start of our second quarter, and are highly encouraged about the rest of the year,” with the optimism reflected in its significantly higher guidance. However, he said Dick’s continues to expect comps to decline in the range of high single to low double digits in the second half as the retailer starts facing significantly-elevated comp gains starting in June as well as due to uncertainty “when consumer behavior will normalize and what the new normal is.”