Once again, the theme for vendors in the second fiscal quarter was “tighten, tighten, tighten,” as manufacturers narrowed inventories to accommodate slimmed-down pre-season orders from retailers.

Consolidated inventory levels for vendors tracked by Sports Executive Weekly shrunk more than 9% for the second quarter ended June 30 on top of a low-single-digit decrease in the prior-year period. Expectedly, margins and bottom lines benefited from the inventory moves and comparisons to a dreadful year-ago period that saw sales, margins and profits swing deep into the red amidst poor market conditions. Vendors continued aggressive inventory control and cost cutting in Q2 as the market strives to rebound from a crippling 2009.
The public companies (and others that report quarterly data to the SEC) on the vendor side of the business in the sports and outdoor markets saw an aggregate sales increase of 9.4%, or a percentage point better than the gain reported in the 2010 first quarter and a sharp improvement versus the mid-teens decline in Q2 2009’s aggregated top line. Bottom line results soared nearly 70% for the quarter and margins improved by an average of 320 basis points, yielding a return-on-sales (ROS) that averaged 6.8% of sales versus 4.4% of sales in the year-ago period.
Moreover, of the 51 vendors tracked by SEW (see charts pages 3 & 4), only 10, or about 20%, posted a decline in revenue for the second quarter as compared to a staggering 40 of 49, or about 82%, that reported sales drop in Q2 last year. Ten companies reported a loss as compared to 17 in the year-ago period, although only five of those companies (Columbia, K-Swiss, Timberland, Head NV and Precor) actually saw losses widen while Yonex posted a loss versus a year-ago profit. Vendors from the Hardgoods sector fared the best during the quarter, as consolidated sales improved slightly better than their Softgoods counterparts and the average bottom line improvement was about 11 percentage points better.
Of the Hardgoods companies, strength was relatively solid throughout, as there wasn’t the occasional “outlier” that inflated consolidated results for the quarter.
As was the case last quarter, golf companies again saw a bit of a turnaround as leisure activities continue a slow-but-steady rebound among consumers. The golf sub-segment posted a 3.5% sales increase on double-digit growth from Adams Golf, Alidila and Wilson Golf with solid results from the much-larger TaylorMade-aG and Acushnet companies.  Average profits for the golf sub-segment improved more than 80%, which was actually about half the growth rate of the overall Hardgoods category, on very strong margin gains.
Just as golf benefitted from easy year-ago comparisons, industry firearms companies endured the polar opposite effect as consumer trepidation stemming from the “Obama-effect” drove year-ago results to insurmountable heights. In fact, omitting the firearms companies, average profits for the Hardoods sector improved by more than 50 percentage points, topping out at over 200%. Indeed, year-ago profits were up a laughable 458% and 702% for Smith & Wesson and Ruger, respectively, as gun owners rushed in droves to buy handguns and AR-style “black-guns,” which ironically, are actually easier to purchase now after a June ruling by the Supreme Court extended gun rights to every state and city in the nation.
Most other vendors within the Hardgoods sector turned in admirable Q2 results. Aside from gun makers, the only three vendors with declining revenues were TaylorMade-adiads Golf (-1.2%), Nautilus (-23.6%) and Cybex (-0.3%). Like Q1, the Fitness sub-segment continued its downward trend as struggling health club sales and tightening consumer credit continue to take a toll on the industry.
Regarding margin growth, Adams Golf (+3,443 bps) rode sales from new products to impressive growth, while Aldila (+1,187 bps), Cybex (+861) Shimano (+790 bps) and Callaway (+437 bps) also reported notable improvements. With margins of 46.4%, Adams Golf was the closest company to approach profits that were 50% of sales. Overall inventory levels in the Hardgoods sector were pared down by 5.8%.
Of the 26 Softgoods vendors reporting, five recorded sales declines for the second quarter. Of those five, footwear specialists accounted for four of them, with Lacrosse (-11.2%), K-Swiss (-13,3%) Puma (-2.5%) and the fast-fading Heelys brand (-29.0%) standing out like the proverbial “sore thumbs” amidst mostly-double-digit growth throughout the sector. Adidas, boosted by World Cup sales, turned in sales growth of nearly 20% while uber-power Nike, Inc. enjoyed a nice bump of nearly 8% for the quarter. Excluding Nike’s “moderate” growth during the quarter, consolidated sales growth for the Softgoods segment would have grown 12.7% for the period. Skechers (+68.9%), which is still reaping the benefits of the toning footwear trend, enjoyed the most substantial revenue jump. Consolidated sales for the Softgoods segment improved 10.7% while earnings grew by an average of 73.7% for the period.
Within the Softgoods sector, Outdoor Apparel/Footwear companies finished up another solid quarter as consolidated sales for the sub-segment improved by nearly 11% and average margins were up 495 bps to almost half of total sales. All companies within the Outdoor Footwear/Apparel sub-segment with the exception of LaCrosse (-11.4%) reported sales growth, with Columbia (+23.7%) and Deckers (+33.7%) earning the gold stars among the group.
The Apparel sub-segment also turned in a nice quarter, reporting consolidated sales growth of 11.8% and margin growth that average 221 bps. Aside from the aforementioned Columbia brand, which falls into two categories, top performers within the Apparel sub-segment included Broder Bros. (+19.1%), Delta Apparel (+20.5%), Gildan (+28.4%), Iconix (+34.8%), Under Armour (+24.4%) and Volcom (+20.9%). Gross margins moderated a bit following spiking first quarter numbers, but Iconix (100%) and Quiksilver (52.3%) each broke the 50% mark as related to total sales. 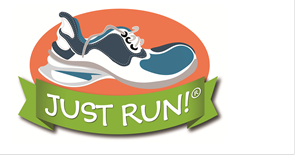 Millennial Mindset to be Explored at Outdoor Retailer Industry Breakfast

The Death of a Noble Idea: Nau Legacy Cloaked in Irony…