Drive an hour in the right direction from Salt Lake City, Denver or Las Vegas and you can find a rock climbing route already bolted with handholds conveniently smeared with chalk. “On belay!”

The same drive from Houston won’t get you anywhere near these geological wonderlands. For many, the distance to the nearest climbing wall used to be daunting, even insurmountable. Now, with the number of indoor climbing gyms growing in places far from the slabs of limestone required for outdoor ascents, more people are roping up and becoming “plastic climbers.”

Jeff Pedersen, former pro climber and co-founder and CEO of Momentum Indoor Climbing, gave us a gauge to navigate the new face of the sport.

Climb On In, The Wall Is Fine
As a “brutally hot” Salt Lake summer mellowed into fall, Pedersen began the conversation by noting that cooling weather used to mean the beginning of the real climbing season. For reference, cold equals friction in rock climbing.

“It’s a friction sport, so that’s the best time to be out,” Pedersen told SGB. “Now a lot of people are doing it for fitness, doing it for recreation, so those designations don’t carry as much weight.”

Pedersen and his team have recognized this trend in their three Utah gyms, and are planning ahead for the boom with two upcoming Houston locations.

“I’m a soft-handed CEO now,” he joked — but he doesn’t see the point of erecting a rigid boundary between his realm and the outdoor roots of the sport. After all, they’re his own personal roots as well.

“A few years ago, some of the outdoor companies were struggling because of their insistence that outdoor climbing was the only kind of climbing. I don’t even feel that way,” he said.

The CEO went climbing outdoors in early summer at Maple Canyon, an hour and a half from his office, and seems immune to the indoor/outdoor turf war being waged in the upper echelons of the sport. 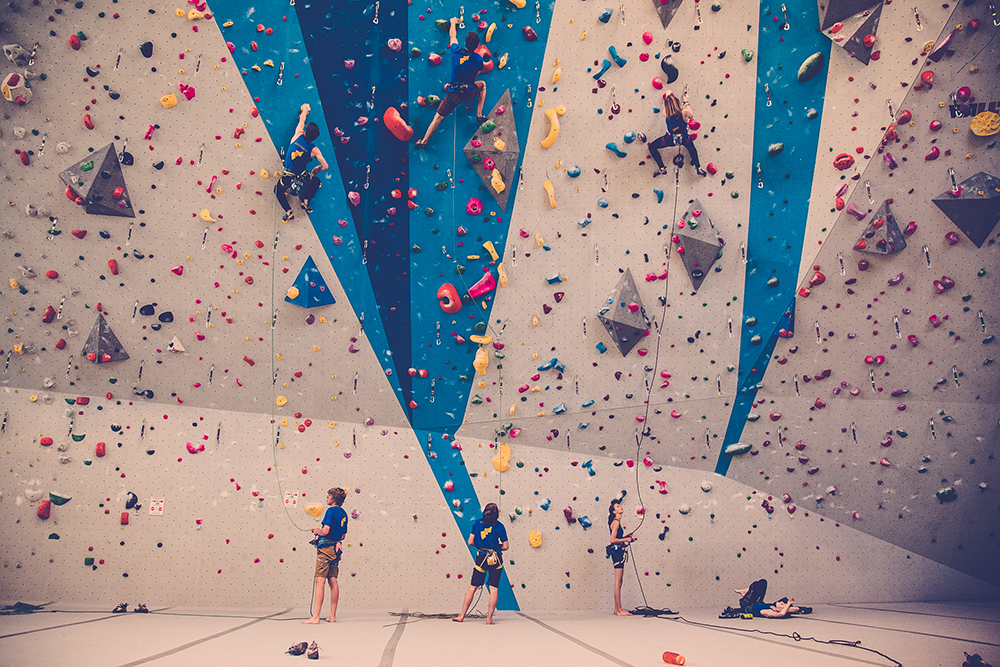 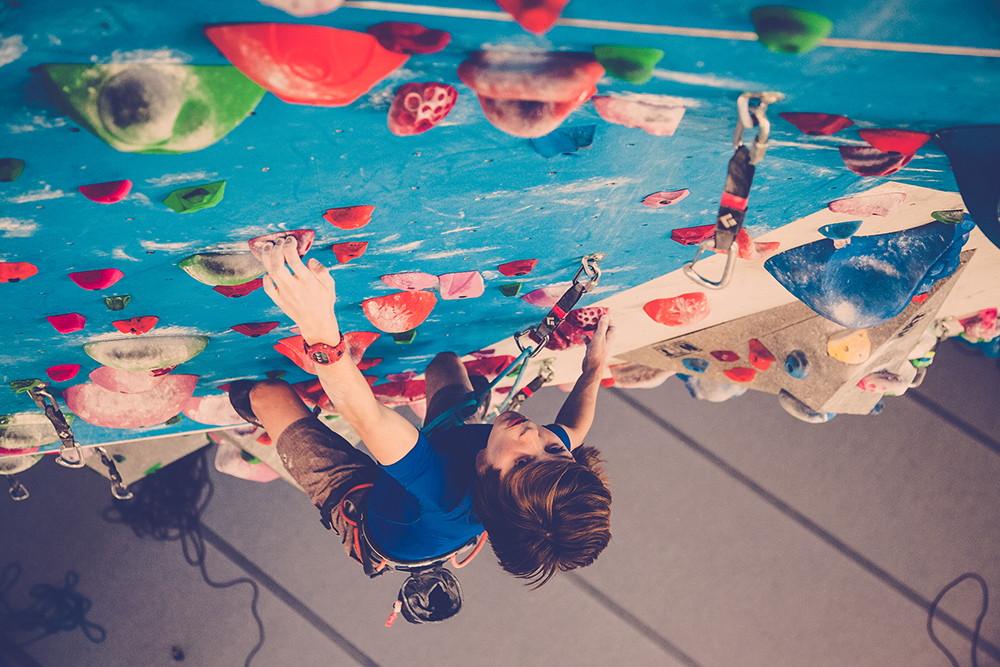 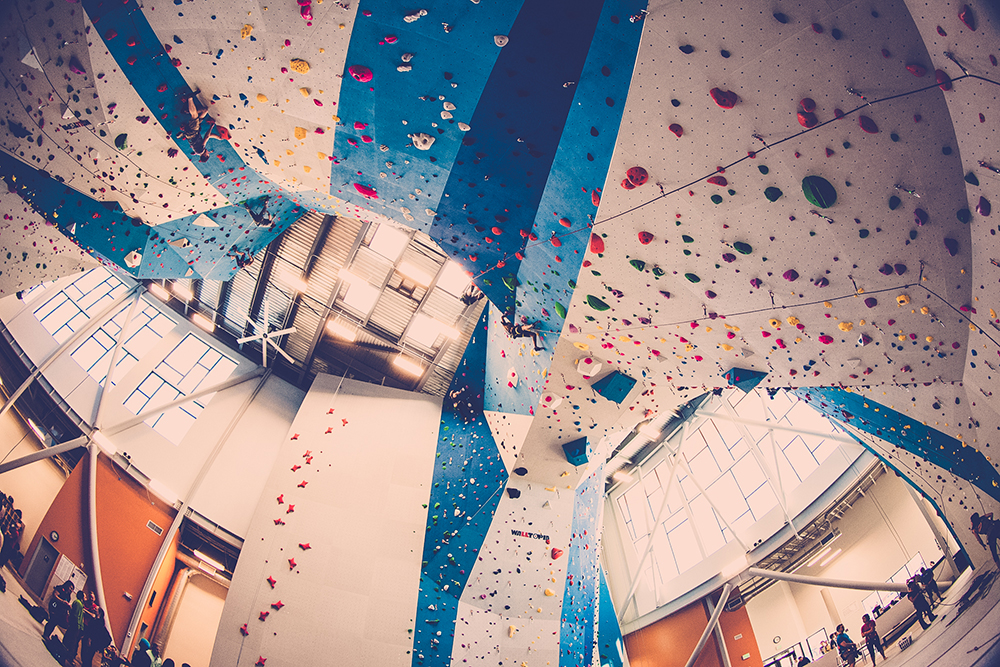 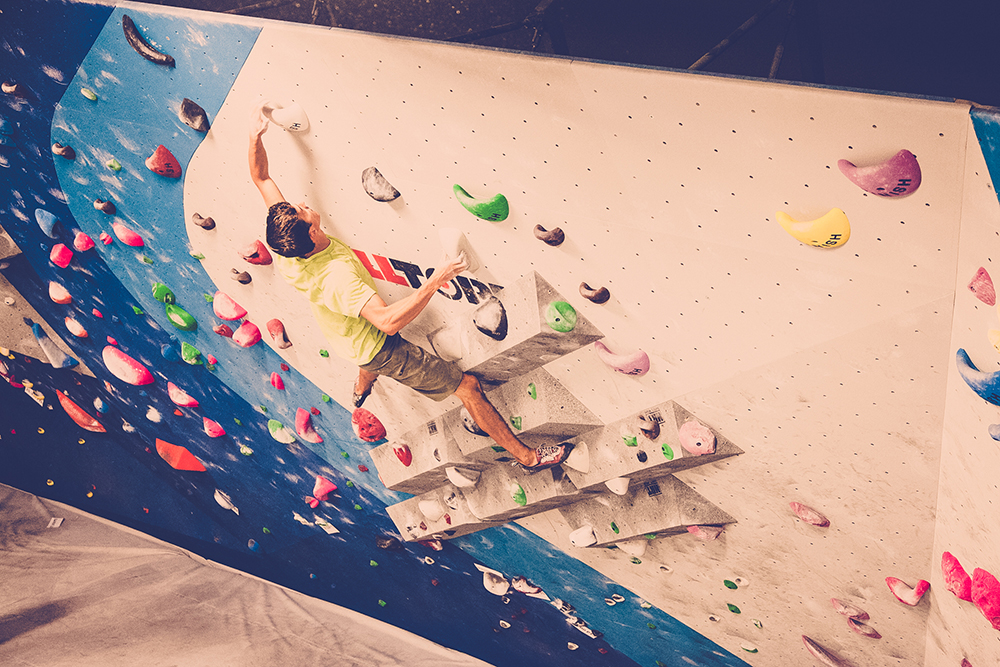 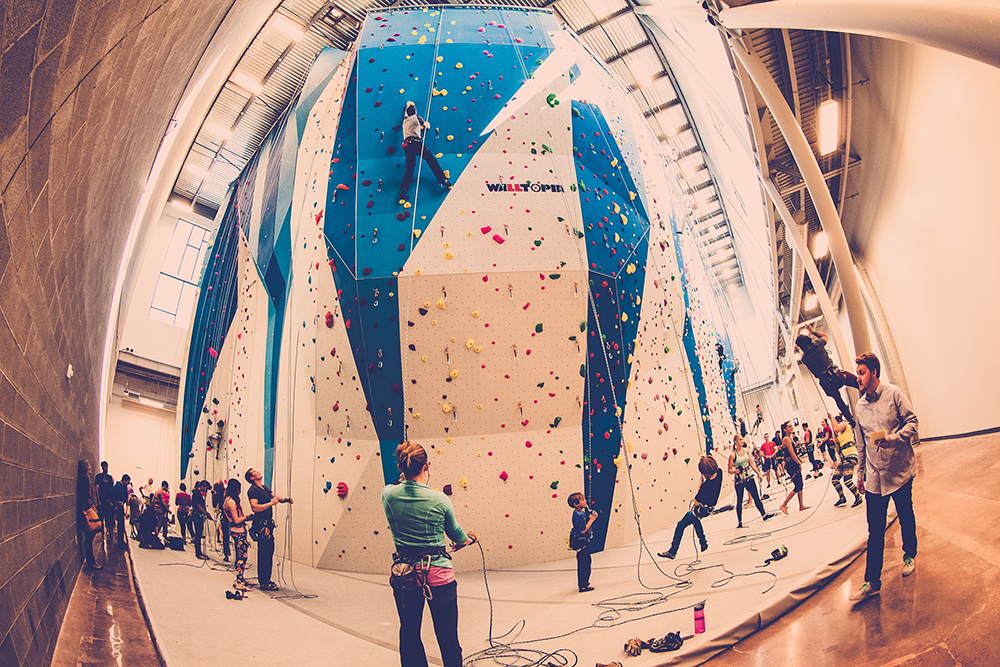 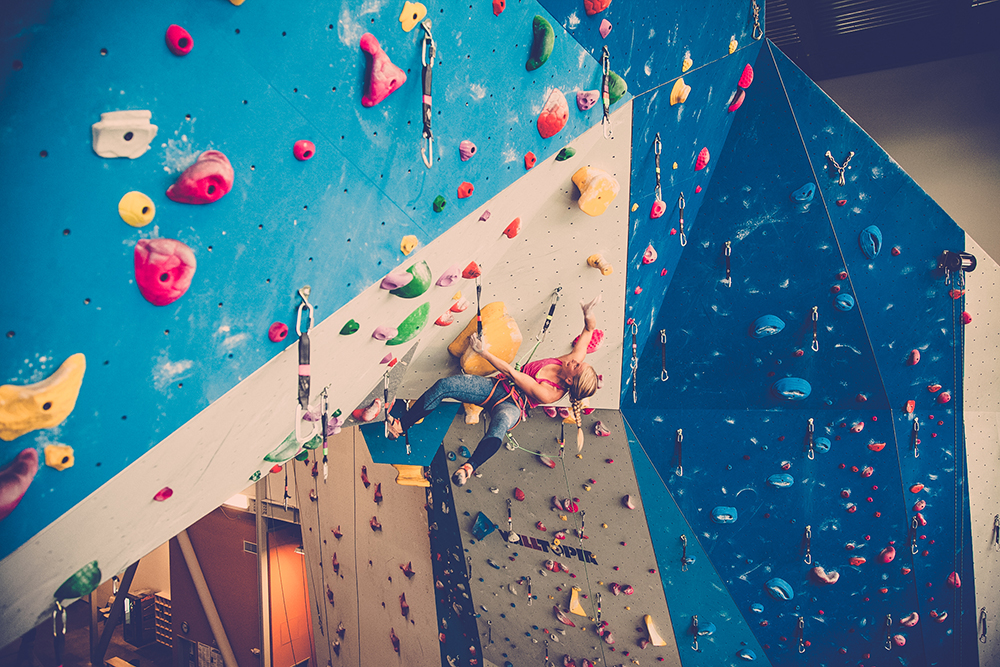 Indoor Workouts
Even within the category of indoor climbing there’s competition coming from other urban, social workouts like CrossFit and Yoga.

First, it bears noting that gym owners like Pedersen don’t want to force consumers to make that choice. Both Momentum Houston-area locations will have an onsite yoga studio, and many gyms are supplementing their hangboards with more traditional fitness equipment.

People looking to shake up their workout may not make plans to travel to Utah just to go climbing, but they’re curious enough to poke their head in the door of a climbing gym. “Our Sandy location is right next to an REI,” Pedersen added. “There’s a pretty good likelihood that someone will go buy a tent, then think about coming in and climbing.”

And why not? The gyms look cool, and there’s usually fit, attractive, laid-back people hanging out inside them.

More and more, Pedersen sees people just wanting to climb indoors. Outdoor climbers, on the other hand, traditionally haven’t needed to be sold on the appeal of a gym membership. They already want to climb year round, which means somewhere to crag when the weather doesn’t cooperate. But according to Pedersen, this well of potential members dried up a while ago. “We’ve pretty much used up all the rock climbers. They already belong to a gym, so we’re trying to get new people interested.”

“A few years ago, some of the outdoor companies were struggling because of their insistence that outdoor climbing was the only kind of climbing. I don’t even feel that way.”

Resin Versus Rock
But there’s still hope for newbies that discovered the sport from the inside-out. Once plastic climbers are hooked, it’s a toss-up whether they’ll venture outdoors. Mark Busby, climbing category manager at Scarpa, expresses the same cheery ambivalence as Pedersen on the subject of indoor versus outdoor.

“I think sometimes people still want to learn so they can hit the crags, but if not, it’s still climbing,” he said. “Resin or rock, the underlying attraction is the same. We want to appeal to new climbers, but you don’t have to change the message to do that.”

For the small group that does want to see how the outdoor version holds up against climate control and auto-belays, Momentum is helping them do so. “If our members want to head out, we hook them up with a local guide service,” Pedersen said. “We’ll give them indoor training so they can be safe and enjoy themselves, then the guide service takes care of the permitting, insurance, things like that.”

Really it’s the convenience of indoor climbing that wins over both newbies and veterans, more than an aversion to rainy days or the threat of physical danger.

Pedersen attested, “Even my friends who are climbing as much as they did in the 90s have families, they have responsibilities, and they’re choosing to climb closer to home.” 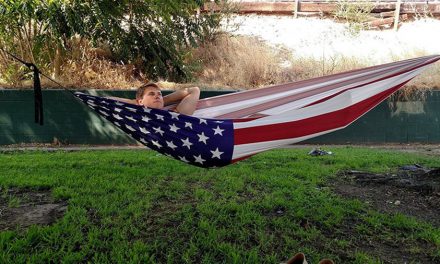 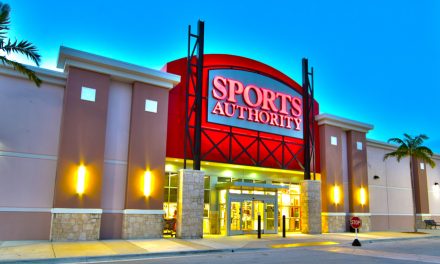 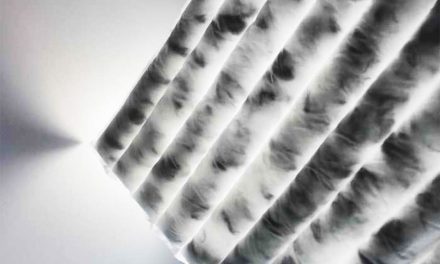