The newest Touch Lab will be located in Bellevue Square Shopping Center in Bellevue, WA, 12 miles east of downtown Seattle. The center is part of a mixed-use project that includes offices, residences, hospitality amenities, food and entertainment, and attracts over 16 million visitors annually. Icebreaker is thrilled with the new location on the ground level between Nordstrom and Macy’s and will be opening at the start of December 2018.

Luke Doddrell, Icebreaker GM in North America, said, “Our North American teams have been putting in tremendous effort to re-establish and grow our brand awareness, earning us the right to add a new store, and we are so proud to be taking this step forward in the US and to welcome more new customers to Icebreaker.”

Icebreaker also announced the reopening of its flagship US store in Portland, OR. The store was their first Touch Lab in the US market and has undergone significant renovations in anticipation of its grand reopening this month. The reopening rounds out the renovation and reopening of three stores, all in Canada, in 2018; Kitsilano, Park Royal and Montreal, and the opening of a new store in Laval, Quebec, bringing the total North American Icebreaker Touch Labs to 12, including San Francisco, Chicago, Portland, Kitsilano, Park Royal, Montreal, West Edmonton, Calgary, Toronto (Queen St), Ottawa (Rideau Center) and the newest Canadian Touch Lab in Laval, QC.

Icebreaker is owned by VF Corp. 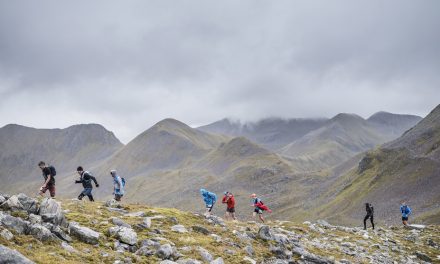