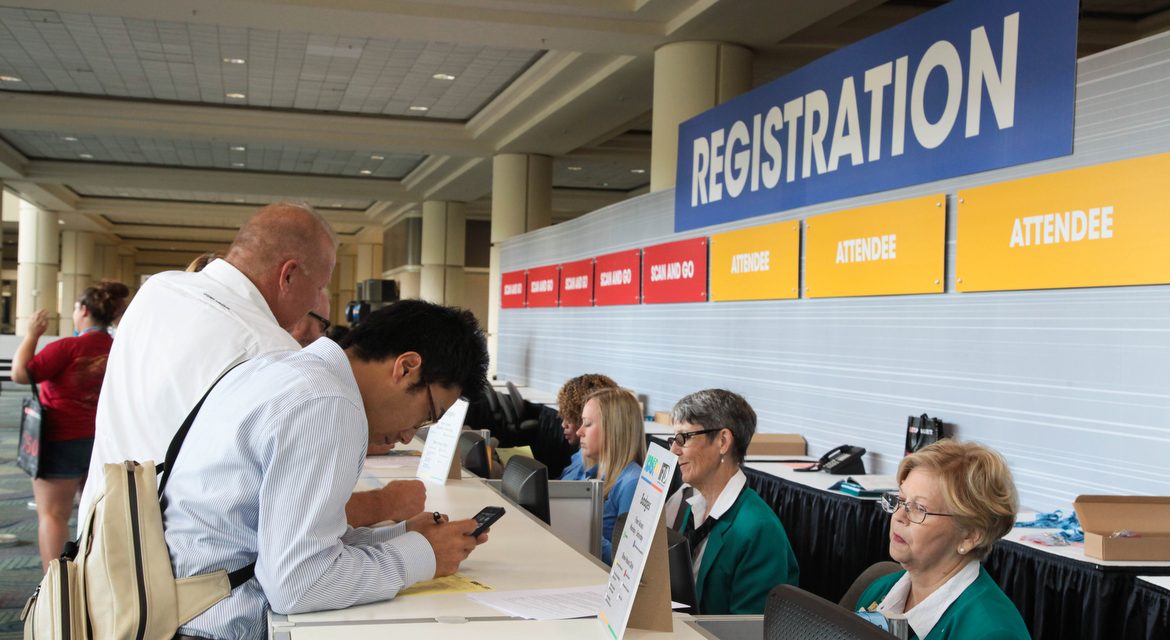 The show is produced by the American Sportfishing Association (ASA), the sportfishing industry’s trade association.

ICAST, along with the International Fly Tackle Dealer Show and the Marine Accessories Pavilion, encompassed a vast section of the West Building. This year, ICAST hosted 582 exhibitors in 1982 booths covering almost 200,000 square feet of the show floor. The visitors included 1,156 people from 73 countries.

In 2016, ICAST, along with the International Fly Tackle Dealer Show and the new Marine Accessories Pavilion, encompassed 650,000 gross square feet in the West Building. Last year, ICAST hosted 552 exhibitors in 1850 booths with an overall combined exhibitor count of more than 700 exhibitors.

“Business opportunities abound at ICAST,” said Trade Show Director Blake Swango. “By partnering a second year with the National Marine Manufacturers Association on the Marine Accessories Pavilion, we expanded the show’s reach into the boating retail and media audiences. Combined with our ongoing co-location with the fly fishing industry and IFTD, we really do offer everything that enhances the fishing and boating experience, under one roof.”

“Inherently, this show is about showcasing the gear, apparel and accessories that help to make a day on the water both exciting and rewarding. And we’re planning on doing things even bigger and better in 2018 when the show returns to Orlando from July 10-13.”

ICAST 2018 Moves to the North/South Building

The North/South Building is the newer of the OCCC structures. One of the best features about this move is that ICAST On the Water will be located directly outside the North Building to support the growing Tuesday event.

“ICAST is a great show and 2017 really is bigger and better than ever,” said Kirk Immens, president, Sportco Marketing, Inc., and ASA’s board of directors chairman. “We are really looking forward to the move and bringing the show and On the Water together in one location. Mark your calendars now for the most important and exciting recreational fishing show in the world.”

On the Water product demonstrations, held on the OCCC grounds, sponsored by GoPro and Nissan, was an favorable venue for buyers and media to check out and demo exhibitors’ gear, tackle and accessories and where one lucky buyer won a Karma Hero5 GoPro drone.

The State of the Industry Breakfast

During this sold-out event, more than 600 industry representatives heard about how the new administration is supporting expanding recreational fishing opportunities in both freshwater and saltwater. This comes at a time when the fishing industry, state agencies and other organizations, with the Recreational Boating & Fishing Foundation’s leadership, are implementing programs and expanding staff to attract new people into the sport, and keep them in our sport. Industry members can go to ASAfishing.org/60in60 for materials and tools.

ASA Board of Directors Chairman Kirk Immens, president, Sportco Marketing, and ASA President and CEO Mike Nussman both thanked Florida Fish and Wildlife Commissioner Brian Yablonski and Director Nick Wiley and the other commissioners for attending the show and all the support they are providing for our ASA’s efforts to help keep Florida fishing.

For the fourth year, Governor Rick Scott visited ICAST on Thursday afternoon, July 13. According to his staff, this is the only trade show he visits on an annual basis.

“There are 100,000 fishing related jobs tied to a $2 billion impact on our state’s economy,” said Governor Scott. “I love going fishing and I’m now getting my grandson involved.”

On Thursday afternoon, long-time ASA member and exhibitor Bill Shedd, president, AFTCO, presented a check to ASA and several other conservation organizations, to assist ASA in all its efforts to help ensure fishing’s future.

Shedd said fisheries conservation, particularly marine fisheries, is very important to him and his company and that ICAST presented an opportunity to show that commitment. Each year, more than 10 percent of his company’s profits are contributed to conservation.

ASA thanked its members who signed on as ICAST sponsors. its ICAST 2017 sponsors are: