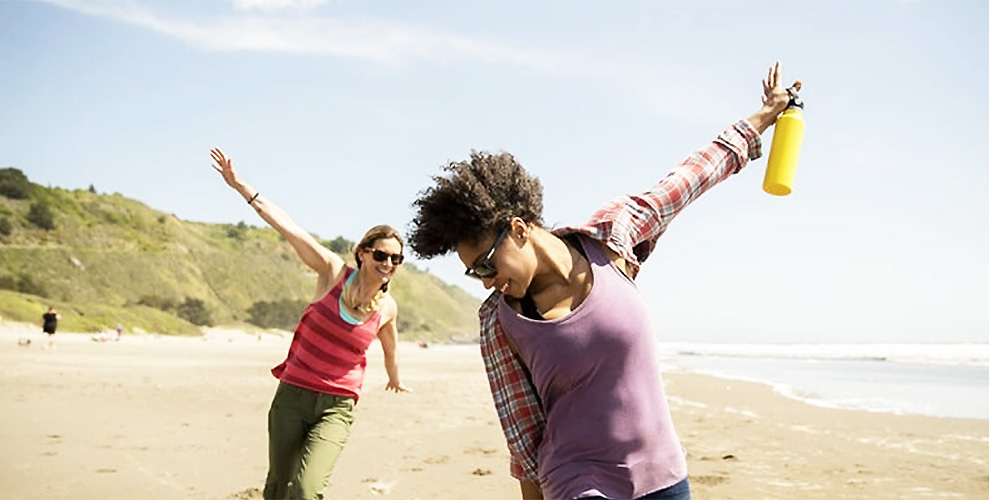 Boosted by shelf-space gains in existing and new retailers as well as strong acceptance of newer products, Hydro Flask’s sales vaulted again in the first quarter ended May 31, prompting its parent, Helen of Troy, to lift the company’s outlook for the year.

He added, “The brand’s strong equity and popularity continued to grow with outdoor enthusiasts and retailers alike. They continue to expand its number one market share position and reinforce its role as a key contributor to category growth for high performance insulated hydration vessels.”

Hydro Flask also made “terrific strides” with retailers and consumers on the East Coast of the U.S., with broader placement on the shelf and expanded selections particularly seen in the Northeast. Mininberg added, “We are seeing strong point of sale results and inventory replenishment orders in line with accelerating sell-through for those customers where we have the visibility.”

In the bottle category, the introduction of a new spring collection of bold colors across the hydration, coffee, beer, and food lines is resonating well with consumers.

Internationally, Hydro Flask continues to grow and is targeting key markets. Said Mininberg, “We believe Hydro Flask offers much more promise and can be a leading environmental and sustainability forward authentic global brand.”

Overall, sales in the Housewares segment jumped 23.6 percent in the quarter to $144.9 million, accelerating on the 19 percent gain in the year-ago first quarter.

OXO, Helen of Troy’s other housewares brand, also saw strong growth helped by strength in its food storage and kitchen organization categories and the overall trend toward de-cluttering and household organization.

In the brand’s other segments, Health & Home sales decreased 5.2 percent to $154.9 million. The core business declined 4.0 percent due to unfavorable comparisons with the segment’s international expansion and the tail end of a strong cough, cold and flu season in the same period last year. Brands in the segment include Vicks, Braun, Honeywell, and Pur.

Beauty sales increased 3.4 percent to $76.5 million, primarily due to sales growth in the haircare appliance category, especially online, and growth in international sales, partially offset by a decrease in brick & mortar sales and a decline in deodorant lines. The hair care lines include Pert, Revlon, Hot Tools Professional, Infusium, and Bed Head while deodorant brands include Brut and Sure.

Consolidated gross margin was 40.8 percent, compared to 41.3 percent. The 0.5 percentage point decrease is primarily due to the impact of tariff increases, unfavorable foreign currency and higher freight expense, partially offset by the favorable margin impact from growth from leadership brands and a higher mix of Housewares sales. SG&A was 28.1 percent of sales compared to 28.6 percent.

Looking ahead, Helen of Troy raised the brand’s sales outlook due to better-than-expected housewares sales. The company now expects consolidated net sales revenue in the range of $1.590 to $1.620 billion, which implies consolidated sales growth of 1.7 percent to 3.6 percent compared to the prior expectation of 1 percent to 3 percent.

By segment, the outlook reflects:

Guidance was raised by 15 cents a share on an adjusted basis despite 20 cents a share of headwinds from higher U.K. taxes, more negative FX and an increase in growth investment to a range of 12 percent to 17 percent in fiscal 2020 compared to the prior expectation of 10 percent to 15 percent.

Linda Bolton Weiser, at D.A. Davidson, said Housewares and Beauty sales exceeded her expectations and she called out the gains in market share and distribution by both Hydro Flask and OXO. Bolton Weiser added, “HELE is executing well even with tariff exposure.”

At Sidoti & Company, Frank Camma said that while Helen of Troy’s Housewares’ segment benefited from additional distribution and new product introductions, notable was the segment’s ability to grow in the traditional brick & mortar channel, which investors were concerned about given the deterioration in the channel overall.

Camma still called the updated guidance from management “somewhat light” considering the size of the first-quarter beat. Sidoti raised its price target to $155 from $153 but maintained its “Neutral” rating.

Sidoti’s price target continues to reflect a 20x multiple, which represents a premium to Sidoti ‘s five-year EPS CAGR projection of 10 percent. Camma called the multiple “warranted by HELE’s leading brand names, diversified business model and potential for accretive acquisitions; however, with the shares trading at 17x our F2021 EPS estimate as of yesterday’s close, and likely to be up sharply this morning, we maintain a NEUTRAL rating.” 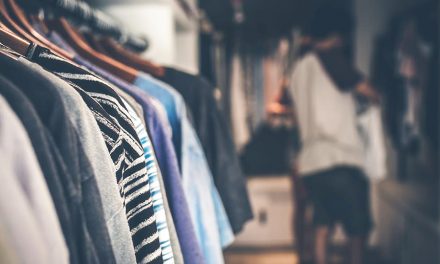 Amazon … Sizing The Consumer Up With Personal Shopper Service

Stride Rite Adds Larsen to Board