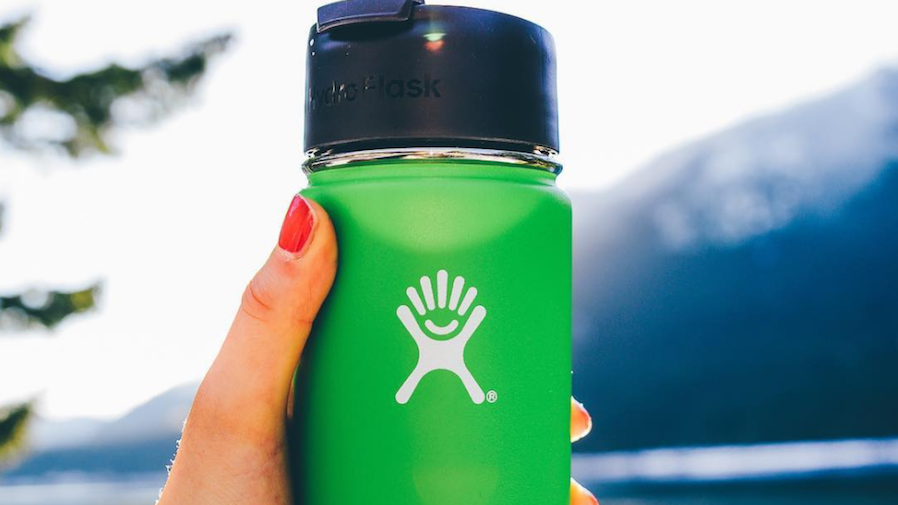 Helen of Troy, parent company of Hydro Flask, said it expects sales growth for the beverage bottle brand to “moderate” in the second half due to weakness at brick and mortar retail, slowing growth in the outdoor sector and a difficult comparison from new product introductions and distribution gains in the same period last year.

Overall, Helen of Troy reduced its growth target for the year for its Housewares segment, which includes Hydro Flask and OXO, to 8 to 10 percent for this full year, down from 11 to 13 percent previously.

In the second quarter, Housewares’ sales grew 8.3 percent to $114.7 million. That marks a sharp deceleration from 16.3 percent growth seen in the first quarter.

On a conference call with analysts, Julien Mininberg, CEO of Helen of Troy, said the industry is seeing “some moderation” in overall demand in the water bottles and hydration space following a period a strong growth overall.

“There’s a lot of promotional activity,” said Mininberg. “There is some price discounting and there’s a fair amount of inventory that is now selling through to consumers, but at a slower rate against that moderated demand after the period of time when the trade was buying all they could in a scarcity environment, where there wasn’t enough supply to satisfy all the demand.”

He also noted that part of the slowdown reflects the bankruptcies seen in the sports channel.

But he said Hydro Flask continues to add to its number one market share position in insulated beverage bottles and overall continues to see growth. He added that the deceleration “frankly make some sense” given that the business had been doubling in each of the past three years and some “fairly widely publicized” articles coming out about some contraction in general in the water bottles category,

“There’s just fewer doors to ship to, there’s fewer stores to be on the shelf for from a total inventory and sales standpoint and its competitors are competing for those spaces,” said the CEO about Hydro Flask. “So only the big guys are going to have the muscle to survive in that environment and we’re clearly one of them otherwise we wouldn’t be picking up share and wouldn’t be growing.”

In the third-party Internet, direct-to-consumer, Natural Foods, International, Grocery and Coffee channels not tracked by SSI Data, Hydro Flask grew sales in “nearly all” of those channels over the past six months with “some of them very high rates” contends Mininberg.

Overseas, expansion for Hydro Flask is making progress in Northern Europe and the company is “pleased with the progress” building distribution in the Asia Pacific region.

Mininberg said the company still sees “healthy opportunities” to grow Hydro Flask not only in beverage bottles, but also beyond bottles it extends into adjacent outdoor lifestyle categories.

For example, Mininberg noted during the summer at both European and U.S. outdoor tradeshows, Hydro Flask unveiled its Unbound series of soft coolers to reach retail in early 2018. The coolers earned seven different new product awards, including Outside Magazine’s Gear of the Year Award and European Outdoor Industry Award for 2017 within the category for backpacks/bags and travel luggage.

“As it evolves beyond beverage bottles, Hydro Flask has been growing its new product development and consumer centric innovation capabilities,” said Mininberg. “It has also been working on extending the existing Hydro Flask equity to bring quality, performance, design and sustainability to new users who want to live the Hydro Flask motto of living life refreshed in advanced and in adjacent categories.”

Companywide, Helen of Troy sales in the second quarter grew 2.8 percent to $378.5 million. Net income fell 68.5 percent to $8.9 million, or 33 cents a share, due an restructuring charge for its Nutritional Supplements and Beauty segments as well as a write-off for the Toys “R” Us bankruptcy. Excluding the charges, EPS grew 26.0 percent to $1.65.

For the year, Helen of Troy now expects consolidated sales revenue in the range of $1.560 to $1.585 billion, down from $1.56 to $1.60 billion previously. That implies growth in the range of 1.5 percent to 3.1 percent. versus 1.5 percent to 4.1 percent previously. Besides the Housewares segment, sales projections for the Nutritional Supplements were downwardly adjusted.