A recent survey by HunterSurvey.com reveals that passing the hunting heritage along to younger people is still alive and well with nearly 46 percent of surveyed sportsmen having taken at least one child hunting in the past year. The common perception that those children are almost always a son or daughter, however, may not be completely accurate.

So what was the relation of these children to the hunter? Traditionally, it is thought boys and girls most often learn to hunt from a parent and in 59 percent of the reported cases that is absolutely true.

But sportsmen aren’t just teaching their kids how to track a buck, shoot a duck or call in a turkey; they’re introducing the outdoors to other relatives and friends as well. After a son or daughter, the next highest response was taking an unrelated young person with 27 percent of respondents reporting they had taken a girl or boy hunting with them that was not related to them, 20 percent took a nephew or niece and 17 percent took a grandchild. Nearly four percent took a child as part of an organized activity such as through scouting or as part of a church group event.

“Sportsmen have long sought to share their love for the outdoors with the people in their lives, particularly young people, and when it comes to hunting, introducing kids to the outdoors isn’t limited to just immediate family members,” says Rob Southwick, president of Southwick Associates, which designs and conducts the surveys atHunterSurvey.com, ShooterSurvey.com and AnglerSurvey.com.

To help continually improve, protect and advance hunting, shooting and other outdoor recreation, all sportsmen and sportswomen are encouraged to participate in the bi-monthly surveys at HunterSurvey.com, ShooterSurvey.comand/or AnglerSurvey.com. Every other month, participants who complete the surveys are entered into a drawing for one of five $100 gift certificates to the sporting goods retailer of their choice. 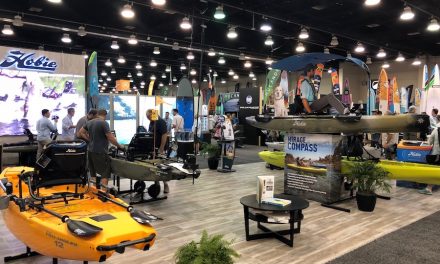