How Does Emerald Expositions Make Money? 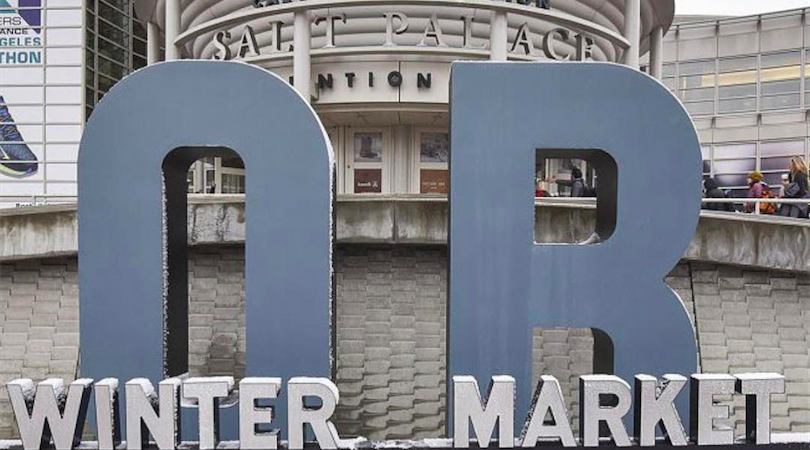 The company’s adjusted EBITDA margin was a whopping 47 percent in 2016 and has averaged in excess of 45 percent for each of the last three years. The high rate was attributed to its significant scale as the largest operator of B2B trade shows in the U.S., its centralized back-office operations and its “highly attractive and profitable” show portfolio. All of its shows are profitable.

Beyond its efficient cost structure as evidenced by its EBITDA margin, Emerald Expositions said it has the capacity to convert a high proportion of its revenue into cash in part due to its asset-light business model, which requires minimal capital expenditures for property and equipment. In 2016, costs for property and equipment totaled $2.4 million, of which less than one-quarter related to maintenance capital expenditures. The company also said it has the ability to collect cash deposits from its customers in advance of its shows, “resulting in attractive working capital dynamics.”

Overall, the highlights of its business model include:

Net income reached $22.2 million, up 11.3 percent versus prior-year levels.  The increase was attributable to contributions from acquisitions during 2015 and 2016 and the elimination of certain losses associated with discontinued events, as well as solid organic growth in its overall business. Those factors offset the $12.8 million loss on extinguishment of debt. Adjusted EBITDA grew 6.6 percent to $152.1 million for the year

Overall, Emerald Expositions operates more than 50 trade shows, including 31 of the top 250 trade shows in the country, as well as numerous other events. In 2016, its events connected over 500,000 global attendees and exhibitors and occupied over 6.5 million NSF of exhibition space.

“We believe that several of our trade shows in this sector have iconic status in the markets they serve, and offer a many-to-many environment where, for example, thousands of specialty sports retailers from across the country interact with hundreds of specialty equipment and apparel manufacturers,” wrote Emerald Expositions. “The Sports sector is highly fragmented where the sports enthusiast clientele is well-served by independent specialized retailers.”

The 2016 NSF (net square footage) renewal rate for its trade shows across the Sports industry sector was 80 percent. That figure rises to 83 percent including ‘win-backs,” or customers who did not exhibit in the immediately preceding event but who previously exhibited in the event within the past five years.

Emerald Exposition writes, “Partnering with the Outdoor Industry Association since 1992, OR has earned loyalty from high-end specialty brands and has solidified itself as a destination event for specialty retailers selling to outdoor enthusiasts.”

“However, the focus is on independent, high-end, specialty outdoor retailers, whose enthusiast clientele is not served by the mass-market products sold through major retail channels,” Emerald Expositions noted. “The products at this trade show are technical and performance-oriented, so buyers want to touch and test the products in person in order to make good purchasing decisions which they can then communicate to their end-customer. For this reason, this is an important trade show for exhibitors and attendees who attend loyally each year.”

Among its other Sports shows:

Among its other show sectors, only Gift, Home & General Merchandise, led by its ASD Market Week and NY NOW shows, is larger than sports, at $124 million in 2016 revenues although it’s growing at a slower three-year CAGR of 5 percent.

The Design & Construction sector, which includes HD Expo, GlobalShop and HCD, is the only one of Emerald Exposition’s trade shows growing at a faster rate with 21 percent average growth over the last three years. But the sector’s 2016 sales were only $27 million.

Other sectors Emerald Exposition serves include Technology, including the Internet Retailer show, and Jewelry, which includes COUTURE.

The filing indicates that the offering expects to raise up to $100 million but investment firm Renaissance Capital said the deal size is likely a placeholder for an IPO that it estimates could raise more than $250 million.

The number of shares to be sold, whether some existing sellers will cash out by selling shares, and the projected price range have not yet been disclosed.

The filing comes about two months after Reuters reported Emerald Expositions was exploring sale for about $2 billion.

Toronto-based private equity firm Onex Corp. bought Emerald, then called Nielsen Expositions, in 2013 for $950 million. Since then, Emerald has expanded through a number of acquisitions, including George Little Management for $335 million in 2014 that included the Surf Expo and the National Stationary Show.

Emerald Expositions plans to be listed on the New York Stock Exchange under the symbol EEX.