Quick-What do Hibbett and Wal-Mart have in common other than owning small-town markets?

The two, along with Costco and Kohls, are the ONLY retailers in the chart on the following chart that reported positive same-store sales growth for January against a positive number for the same period last year AND saw total year comps increase for the past two years. No red in their respective lines.

CEO Mickey Newsome indicated in early January that improved footwear sales were led by basketball and classic-oriented styles, while college and pro-licensed products drove the apparel category. The equipment category was once again soft.

Galyans did pull out a total year same-store sales gain for 2002, reporting a 0.5% increase, but came up short in the fourth quarter with a 1.4% decrease in comps.

Foot Locker, Inc. reported that fourth quarter same-store sales declined 0.9% against a 2.1% gain in the year-ago quarter. Total quarterly sales improved 4.9% to $1.2 billion, or 2.6% on a currency-neutral basis. It would be expected that the quarters comp store decline would also be much deeper if the currency fluctuation were taken into account.

Z saw total year sales increase 4.2% (3.0% currency-neutral) to $4.5 billion. Comparable store sales increased 0.1% on top of a 4.9% increase last year. Currency-neutral figures were not available for comps. Results were positively impacted by continued strength of its European and direct-to-consumer businesses.

The family footwear retailers fared much worse in January and the year, reversing trends from last year. 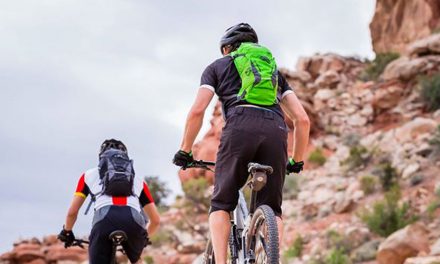