Hibbett Sports Inc. lowered its full-year earnings guidance by about 5 percent Friday to reflect a bigger than expected drop in sales last last month that dragged down same-store sales for the the fiscal second quarter.

HIBB had warned investors August 10 that the shift in tax-free weekends by 10 states to the third quarter would result in negative comps, but on Friday President and CEO Jeff Rosenthal said the retailer also experienced softness in other states during the last two weeks of July.

A miss in apparel
SVP of Merchandising Jared Briskin said a continuing shift to later back-to-school shopping patterns and a later Labor Day holiday contributed to a “significant negative impact on all product categories” during the quarter.

“There was underlying softness due to assortment issues in branded apparel, difficult comparisons and a weaker trend in socks, and continued softness in the licensed product business,” said Briskin. “Our team sports business was also down mid-single digits. We expected and planned decreases in soccer due to comping last year's World Cup; however, we expected some offset from the Women's World Cup this year that did not materialize.”

Briskin said HIBB's apparel buyers failed to keep up with its footwear buyers in terms of trends, an error they began correcting this month.

“Our customer has changed to a degree,” noted Briskin who took over as HIBB's top merchant in October of last year. “It's gotten a little bit younger, a little bit faster, and some of our assortments are not appropriate for that consumer today.”

July's big drop
Executives noted that same-store sales grew 6.2 percent in May thanks in part to the shift of a launch by Nike's Jordan brand. Comps subsequently declined 2.1 percent in June and dropped 5.8 percent in July. As of mid-July, quarter-to-date sales of men's and kid's apparel were up mid-single digits and women's were up low single digits. Basketball, lifestyle, casual, and running all posted positive results until the third week of the month, when the absence of state tax holidays triggered a steep slide in sales from a year earlier.

HIBB's gross margin slipped 50 basis points to 32.7 percent for the 13-week period ended August 1, compared with the 13-week period ended August 2, 2014. The decline was partially due to a 17 basis point decline in merchandise margins attributed to markdowns taken early in the quarter to liquidate excess inventory. Product margin in June and July was positive versus last year as inventory levels normalized. Gross profit was also impacted by store occupancy costs, as these expenses increased as a percentage of net sales due to lower comparable store sales.

The decline in comps caused store operating, selling and administrative expenses to rise to 25.2 percent of net sales, up from 24.0 percent a year earlier. Net income declined 17.5 percent to $7.0 million, or 28 cents per diluted share, compared with 32 cents in the year earlier period.

“There are still many opportunities to expand our footprint throughout the U.S.,” said Rosenthal. “We could have at least 1,300 stores in the 32 states that we currently operate in, and over 1,500 stores as we expand into more states.”

“Quarter-to-date for the third quarter, we are up high-single digits through the first 20 days of August,” said Rosenthal. “This gives us confidence that the assortment changes we made are on track and have set us up for a smooth transition into a successful fall and holiday season.”

Briskin said assortment changes include incorporating more trend-appropriate silhouettes in apparel to appeal to the consumer that's fueling the company's footwear growth, higher stocking of footwear to improve fill rates, and better fill rates for footwear. He said the company is accomplishing this with is existing vendors, including Under Armour, Adidas and Nike, which recently opened an office next to HIBB's headquarters in Birmingham.

“Casual athletic will certainly be the overall driver,” Briskin said. “There is definitely a significant opportunity in the bottoms business. In equipment, we will upgrade our assortment by entering the fitness tracker and sport headphone business to offset some of the losses coming from the traditional fitness business.” 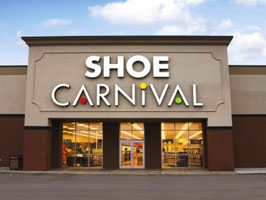 Shoe Carnival Q4 Comes in at Low End of Guidance 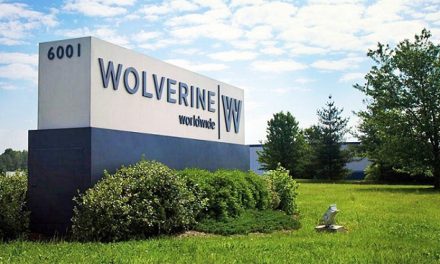