Hibbett Looks To Build On Q4 Momentum In 2018 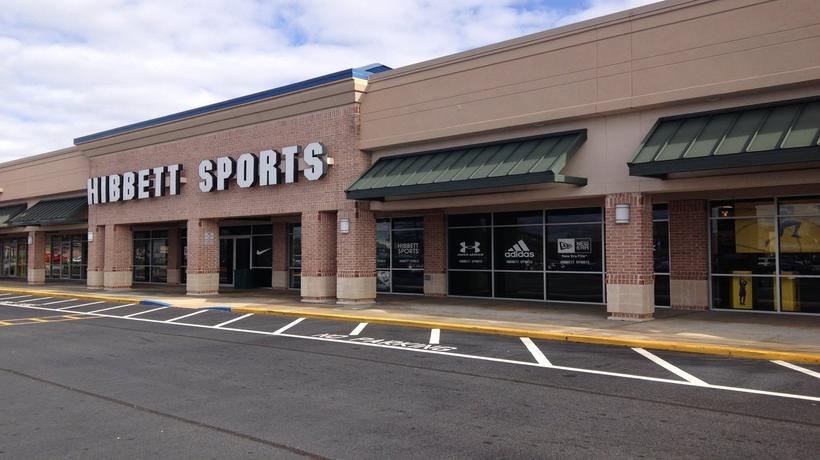 Hibbett Sports’ earnings fell, as expected, in the fourth quarter due to the promotional marketplace. But results were better-than-expected coming into the quarter due to an acceleration in its e-commerce business and strength in sportswear and overall footwear offerings.

“We were quite pleased with the results for the quarter,” said CEO Jeff Rosenthal on a conference call with analysts.

On February 26, Hibbett pre-announced results, indicating that it expected net earnings to come in the range of 47 to 51 cents a share, including the gain on the sale of the company’s Team Division of 7 cents per share. On an adjusted basis, the updated guidance called for earnings to come in between 40 to 44 cents a share, well ahead of Wall Street’s consensus estimate at the time of 30 cents.

Gross margins decreased 153 basis points in the quarter, to 31.5 percent. Product margin decreased 272 basis points, mainly due to promotional markdowns, a higher penetration of e-commerce sales and the one-time charge of approximately $900,000 to establish a reserve against the inventory of its team business. Logistics and store occupancy expenses decreased 119 basis points as a percent of sales due to leverage of expenses associated with the 53rd week and leverage gained with e-commerce sales.

Sales expanded 8.0 percent to $266.7 million, including $13.5 million from the extra week. Comparable store sales increased 1.6 percent on a 13-week-to-13-week basis. By month, comp sales were 5.3 percent in November, 0.4 percent in December and negative 0.9 percent in January.

“During the fourth quarter, we continue to see improvements in our trend,” said Jared Briskin, SVP and chief merchant, on the call. “Our growing e-commerce business, favorable weather and our continued focused on sportswear led to strong trends in apparel and footwear. As we expected, the marketplace was very promotional. These promotions, as well as our emphasis on improving aging and productivity, impacted gross margin negatively.”

Apparel was up mid-single-digits, a significant improvement over recent quarters. All genders were positive, with men’s and women’s both up high single-digits.

“Our customers responded favorably to our holiday assortment, as we were very focused on sportswear versus performance,” said Briskin. “Seasonal categories and bottoms were especially strong during the quarter and across all genders.”

Licensed items, or fan apparel, remains soft and was down double-digits. While Alabama winning the National Championship over Georgia provided a boost to January, business in the earlier part of the quarter was “very difficult,” said Briskin.

Among professional leagues, Nike’s new partnership with the NBA “led to significant growth,” but it wasn’t able to overcome challenges competing against the Atlanta Falcons Super Bowl run or the Chicago Cubs World Series Championships in the prior year.

Team Sports was down low single-digits. Said Briskin, “Cleated business was very strong, with all categories up as our penetration of e-commerce improved. In equipment, strong early baseball business did not offset declines in the fitness and football areas.”

E-commerce sales represented 7.6 percent of total sales for the fourth quarter, up from about 5 percent in Q3, and continue to outpace expectations.

“We continue to expand our customer base by connecting with more and more customers through e-commerce and selective store expansion,” said Rosenthal. “Ease of shopping continues to improve across both channels and we are expanding our assortments every day to better serve our customers.”

He said Hibbett will continue to place a significant focus on omni-channel for the current year. Priorities include adding new functionality, including introducing BOPIS (buy online in-store pick up) later this year.

Rosenthal also noted that the re-launch of its loyalty program during Q4 drove a 45 percent year-over-year increase in new member sign-ups. Total member revenue was up 24 percent in the quarter year-over-year, which was driven by increases in the number of members, transactions per member and average transaction value. In Q4, the rewards program accounted for 57 percent of sales versus 50 percent of prior year.

This year, Hibbett plans to continue to invest in its loyalty program “by continuing to make it more convenient and providing greater value to our members,” said Rosenthal. An example is upgrading its app to provide early access to promotions or early product launches. Rosenthal noted that over 80 percent of its website traffic is from smartphones.

Hibbett’s new app has been upgraded to offer a significantly improved in-store raffle process and experience for launch shoes. The app has been piloted with 12,000 customers in the Birmingham market and will be released within the next month, followed by store rollout of the new raffle process. Said Rosenthal, “We expect the following benefits from the app: increased conversions versus our regular e-commerce global site, increased loyalty sign-ups and valuable customers information that can be used for marketing such as shoe preferences and also increase in our liquidation [of] online shoes.”

For the full year, sales decreased 0.5 percent to $968.2 million. Comparable store sales decreased 3.8 percent. Net income reached $35.0 million, or $1.71, compared with $61.1 million, or $2.72, a year ago. Said Briskin, “Inventory productivity and aging was much improved during the quarter as we continue to emphasize improvement in these areas. We expect this effort and a cleaner marketplace will result in improved merchandize margins throughout the current the year.”

Hibbett will close 55 to 60 under-underperforming stores this year and open 30 to 35 new stores. The net revenue impact of openings and closings will be relatively flat, the stores opening will generally have higher volume and the stores closing have lower volume. The company closed the year with 1,079 locations.

Revenue will be negatively impacted by $7.6 million due to the sale of its team division.

Gross margins are expected to increase in the range of 70 basis points to 100 basis points. Most of the improvement is expected to result from higher product margins due to a much healthier inventory position compared to last year.

SG&A is expected to increase in the range of 6 percent to 8 percent, driven due to higher operational and marketing costs associated with its e-commerce business, investments made in associates and omni-channel initiatives due to the benefits of tax reform, and higher compensation cost associated with more normalized incentive compensation. Said Scott Bowman, SVP and CFO, “We believe these expenses will help us grow and will strengthen our competitive position for the long term.”

The tax rate is expected to be approximately 24 percent, compared to last year’s rate of 37.9 percent. Earnings are expected to range from $1.65 to $1.95 for the year. That compares to reported earnings per share of $1.71, or $1.57 after deducting 7 cents for the 53rd week and 7 cents due to the sale of the team division.

Asked about the outlook for trends in the year, Briskin said about footwear, “Without giving you context with regard to specific vendors, we’re very excited about the pipeline of product, feel like there is some pretty significant newness that is being introduced to the market and will be introduced to the market towards the back half of the year that, based on our inventory position, we’ve been able to take some pretty significant stances, and so very excited about that.”

On apparel, Briskin added, “We’ve working really, really hard to follow the path of what’s been successful in footwear. And our team executed really strongly on that during the fourth quarter. So we feel more confident than our apparel business than we have just based off the fourth quarter results in a long time.”

He also noted that increased e-commerce penetration “is helping the business overall” and can help can stabilize its equipment and its cleated business. Briskin added, “The category with the most concern at this point will be the license product area where we’re lacking a dominant fashion trend in the business and some of the fan businesses are based solely on wins and losses.”

Rosenthal also noted that Hibbet is seeing “significant growth” in the baseball category due to changes in bat guidelines, but he doesn’t expect it to have a “meaningful impact” on its comp results.

Asked if similar to Dick’s, Hibbett believes Under Armour’s broadened distribution is impacting that brand’s sales.

Briskin said, “I think first and foremost with regard to Under Armour, number one they are a great brand and the very important brand to our business. I think from a perspective of consumer preference currently, the performance business has been lagging and the more sportswear or lifestyle business has been improving, which has presented some challenges and difficulties for the brand as a whole. Certainly, from a segregation perspective, I think the commentary that’s been out in the marketplace, we would share that view. However, I would also say that I think the brand recognizes it and I think they’re working very hard to improve it. And their most recent launch in footwear, I think they executed particularly well with regard to segmentation and the way they marketed the products. So I do feel that again [it is a] very important brand to our business and a great brand, and I think they will right that shift fairly quickly.”