Head NV reported sales for the full year ended Dec. 31, 2012 reached €343.2 million ($441mm), up 1.2 percent compared to the prior year driven by growth in all the divisions except Winter Sports. Sales declined by 1.6 percent for the year in currency-neutral terms.

Winter Sports sales declined by 10.9 percent to €146.6 million ($189mm) for the full year due to poor snow during the 2011/12 season which reduced pre-season orders as retails held excess stock. The 2012/13 season started reasonably well in Europe with warm temperatures around Christmas, and poor in North America which resulted in lower than expected additional sales in 2012. Favorable weather should, however, clear the excess inventory at retail and Head anticipates that the industry should show some recovery in 2013. The company ended the year with €130.6 million in working capital, down 10.5 percent.
Whilst sales Winter Sports sales declined from 2011, Head managed to reduce inventory levels and improve cash flow. This enabled it reduce working capital by 10.5 percent and debt by more than one third by the end of the year. Lower Winter Sports sales have also resulted in a lower year end receivables position which again has positively impacted the cash flow.
Racquet Sports division sales increased 12.5 percent to €142.3 million ($183mm) for the year thanks primarily to higher volumes, a more favorable mix in both balls and racquets in North America and favorable exchange rate trends.
Whilst trading conditions remained tough in Europe for Diving, the division managed to increase sales overall by 6.9 percent to €51.8 million ($67mm) due to higher sales in North America and Asia along with favorable exchange rates.
Sportswear grew 20.6 percent to €5.84 million ($8mm), despite being affected by the difficult market conditions in Winter Sports.
Although sales were marginally up overall for the year, adjusted operating profit for the group fell by nearly €4.5m in 2012 to €9.91 million ($13 mm) due to a combination of lower gross margins and higher costs. Gross margins fell by 130 basis points mainly due to higher raw material prices, lower utilization of Winter Sports factories and higher R&D as a result of investments in Sportswear, which together impacted profitability by €2.9m. Selling and marketing costs increased by €1.3 million due mainly to higher advertising costs in Winter Sports and General and Administrative costs increased by €600,000 due mainly to higher business administration and warehouse costs.
The resulting adjusted operating profit for the year was €9.91m compared to €14.4m in 2011.

For 2013 Head expects continued financial pressure on consumers, but the relatively good snow in Europe, the success of Head athletes and new product launches should allow the group to continue to be competitive in the market and desired by athletes. 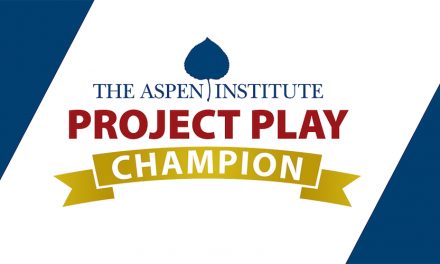