Diluted earnings per share in the quarter increased to $0.91, compared with $0.63 a year ago. The operating profit margin of 12.4 percent was an all-time high, increasing 270 basis points over the prior year, while the gross profit margin expanded 360 basis points despite higher cotton and commodity costs.

Earnings growth significantly outpaced sales growth as a result of strong segment operating profitability in Innerwear, up 44 percent, Outerwear, up 45 percent, and Direct to Consumer, up 16 percent. The November 2010 acquisition of Gear For Sports contributed significantly to Outerwear profit growth, although segment operating profit still increased 10 percent without the benefits.

Net sales for the third quarter increased 5 percent to $1.23 billion, up from $1.17 billion. Sales for Innerwear, the company's largest segment, were up slightly. Socks and male underwear, the product categories with the largest price increases, performed best with sales increases of 4 percent and 10 percent, respectively. Product price increases have been successful, and even with the most recent price increase taken in late September, unit elasticity is running at or better than expectations. The growth in Innerwear basics in the quarter was offset by declines in intimate apparel. The Outerwear segment increased 11 percent due to the acquisition of Gear For Sports, and International segment sales growth was 12 percent.

Overall, profit growth in the quarter was above the company's expectations due to strong net price, mix of products sold, and cost control. Sales growth was below the company's expectations in part due to the softer-than-expected retail environment during the key back-to-school period of August as well as retailers' focus on tightly managing inventory levels in this inflationary environment. Importantly however, point-of-sale trends have rebounded in September and October. Given current trends, Hanes remains confident in its ability to deliver strong 2011 EPS growth of more than 25 percent and is narrowing its guidance range for full-year EPS to $2.75 to $2.85, the middle of its previous range.

“We are very pleased with our strong profit and margin growth in the third quarter. It validates our investment in our brands, our approach to managing inflation with price, and our ability to control costs,” Hanes Chairman and Chief Executive Officer Richard A. Noll said. “We will stay focused on executing our strategies to deliver strong results for the remainder of 2011.”

Financial Highlights and Business Segment SummaryKey business segment highlights include:
— Innerwear segment operating profit increased 44 percent, driven by price increases, supply chain efficiency savings, lower customer service costs compared with last year, and favorable mix of products sold. Segment sales increased 1 percent in the quarter. Retailers experienced softness in store traffic and consumer spending in the key back-to-school sales month of August, although point-of-sale patterns returned to favorable levels in September and October. As a result of inflation, retailers are more tightly managing inventory levels than Hanes expected. The strength of the company's brands was reflected in the impact of price increases for cotton products in the quarter with unit elasticity within the company's expectations. For example, Hanes has taken multiple price increases this year on underwear and socks, but both were among the best performing product categories in Innerwear and unit declines are now running better than company assumptions. Sales declined for intimate apparel as a result of the back-to-school and inventory issues noted above as well as slowing spending trends for the company's key intimate apparel consumer demographic of women over 35 years old. “Brands are more important than ever, and our price increases for cotton products are helping us mitigate the margin pressure from cotton and other cost inflation,” said William J. Nictakis, Hanes' co-chief operating officer. “In addition to price increases in February and June, we instituted another price increase in late September for cotton-based products, and early point-of-sale performance is good. While cautious about the consumer environment, we are focused on maintaining historical norms for margins and addressing weakness in the intimate apparel categories.”

— Outerwear segment operating profit increased 45 percent on an 11 percent increase in sales. Operating margin in the quarter was 12.8 percent, the highest ever for the segment. Contributions from Gear For Sports, a favorable mix of products sold, increased pricing, and SG&A cost control contributed to strong profit and margin growth. Excluding Gear For Sports, segment sales declined 10 percent as a result of a retailer's decision to focus the company's Just My Size brand toward more core basics versus a mix with fashion-oriented lines and as a result of general retailer inventory control based on a cautious outlook for consumer spending. The sales, operating profit and acquisition synergies related to Gear For Sports are all progressing in line with company expectations. The company has announced that Gear For Sports' screen-printing facility in Chillicothe, Mo., will close in December and production will be transferred to a new production facility in Reynosa, Mexico, that will support Gear For Sports and other Hanes graphic apparel businesses.

2011 Guidance and Macro Trend Discussion
The company expects fourth-quarter net sales of $1.2 billion to $1.3 billion and diluted EPS of $0.47 to $0.57, which equates to $2.75 to $2.85 for the full year. EPS projections assume: efficiency savings from supply chain optimization and the expectation that added costs in 2010 to service strong growth will not recur in 2011; continued investment in trade and media spending consistent with the company's historical rate; slightly higher interest expense; and a higher full-year tax rate that could range from a percentage in the teens to the low 20s.

Hanes continues to expect free cash flow in 2011 of approximately $100 million to $200 million in spite of higher-than-expected inflation. Included in the free-cash-flow expectation is the substantial impact of inflation on all year-end working capital components, including inventory, accounts receivable and accounts payable. 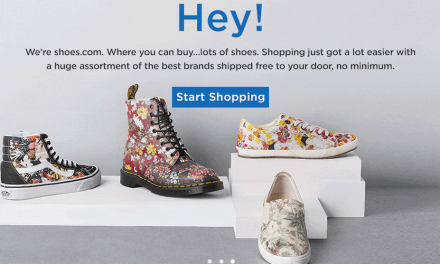