“Most of our business improvement initiatives are working, but we are continuing to address sales declines, which were primarily centered around intimate apparel product categories,” said Hanesbrands CEO Richard A. Noll.
Despite this decline in sales, Hanesbrands earnings per diluted share in the quarter increased by 131% to 60 cents. Excluding actions, non-GAAP earnings per diluted share increased by 20% to 65 cents, up 11 cents as a result of reduced long-term debt, lower base interest rates, and lower income tax expense as a result of the companys global supply chain strategy.
International segment sales increased by 20% in the quarter as a result of favorable foreign currency exchange rates and growth. The increase in international sales more than offset sales declines in the outerwear segment, the hosiery segment and the other segment.
During an earnings conference call earlier this week, much of the conversation revolved around the companys use of overseas labor. Commented Noll, “Around the world were seeing these kind of cost pressures show up. It’s not just unique to Asia. In Central America and the Caribbean basin, were also seeing cost pressure. Those are mainly oil-based economies Weve got a lot of things in place to mitigate that, and youre also starting to see wage and pressure – wage increase pressure in those areas.”
He continued to defend their production strategy, “But remember where were going from, which is the United States where the wages are 10 to 15 times higher than they are in these other areas of the world. So, our offshore balance strategy makes all the sense in the world.”
In May, Standard & Poors Ratings Services raised its corporate credit rating on Hanesbrands to BB- from B+.

Hedge Fund Picks Up Large Stake in Under Armour… 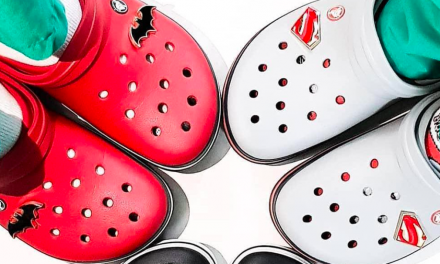