The main reason is that GoPro’s path is to become much more than a maker of action cameras, Jack Lazar, GoPro’s CFO, stated at the JPMorgan Tech Forum tied to the CES (Consumer Electronics Show) in Las Vegas.

“I think if we were to broadly look at ourselves, we really view ourselves as a vehicle to help you actually preserve those special moments in your life,” said Lazar.

Lazar said part of that involves physical cameras such as its Hero4 Black, Silver and the entry-level Hero products launched in October. But it’s also software such as GoPro Studio, a video editing tool that allows GoPro users to create professional quality videos from their GoPro content; and the GoPro App that enables customers to easily and wirelessly manage and share content from its capture devices.

“That is really what allows you to capture those moments and share them with your friends,” said Lazar. “Because in the end, if you are just capturing moments and they are sitting on an SD card here, it doesn't really matter.”

Directly addressing the saturation issues, he asked how many of the investors in the room owned a GoPro and how many received one for Christmas. A minority raised their hands to the first question and only two for the second.

Software will drive growth
But he further stressed that the consumer appeal of GoPro goes well beyond the underwater footage and extreme shots of skiers, bikers and skateboarders the devices are best known for. GoPro’s ultimate potential is helping people capture “daily” moments. As an example, Lazar pointed out that he recently created a 15-second, time-lapse video of his kids opening their Christmas presents.

“Once you start to use this capture device, you will find so many different ways in which you can really enjoy it,” said Lazar. “And of course, then you want to share it and then that makes you want to enjoy it some more. And then you look for the next device and so on and so on.”

He asserted that software and improving ease of use, particularly speeding up video editing and sharing, would be the main drivers for the longer-term adoption of its camera. GoPro’s founder Nick Woodman has said content sharing software will enhance sales of the GoPro in the same way that iTunes fueled sales of the iPod.

Lazar promised “big improvements” are coming in 2015 in its editing and publishing software. Shortcomings he noted were the ability to use GoPro Studio on a mobile device. The GoPro app also can’t yet edit video. Said Lazar, “There is so much more we can be doing and should be doing and we know it.”

GoPro's emerging content strategy
The third stool to GoPro’s growth is building a media business that features content captured with its popular cameras. The GoPro Channel is already distributed through media platforms like the Xbox One and Xbox 360 entertainment systems, in-flight entertainment on Virgin America, and social channels including YouTube, Facebook, Twitter, Instagram, Vimeo, Pinterest and GoPro.com/Channels. GoPro officials have also hinted about potentially putting a GoPro camera on every player in professional sports, enabling the viewer at home to choose their own second or third screen experience while watching a game.

At CES, LG Electronics announced  it will bundle the GoPro Channel App into a new line of smart television sets.

“LG came to us because they like the content that we have on their channel,” said Lazar. “They are selling 4K TVs. They want to actually have this content flowing on reels in the stores. They also wanted to have the GoPro channel on the TV itself. We, of course, are looking for premium brands that would like to actually host the content that we have.”

He adds, “So it is a great combination when you put this stuff together. And you can see the paths to monetization when you take a look at all of those.”

With revenues projected to hit $1.2 billion this year, GoPro’s revenue growth potential continues to be closely watched by Wall Street. In the largest initial public offering of a consumer electronics company in two decades, GoPro raised more than $400 million in its June initial public offering. Shares were priced at $24 and soared as high as $98.47 by October as hype built around wearable technology. But the stock has since given back a third of that due to concerns over new competitors, GoPro’s ability to scale up its business and share dilution caused by a follow-up secondary offering. Shares closed at $60.84 on Friday, losing $6.03 for the week.

Lazar didn’t address any of the potential competitors pushing into the action camera space at the CES show, including the report that Samsung is also entering the category. Indeed, he asserted the company’s goal is to “add a zero” onto the size of action camera market that apparently will leave room for many competitors.

“Where we are going, I think, is really what is most powerful,” said Lazar. “And when you start thinking about that and not only what the products can do, the functionality, what you can do on a daily basis, and then, frankly, even just the earnings that you can unlock with something like that, is very, very powerful.” 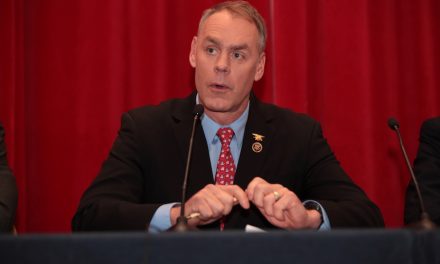