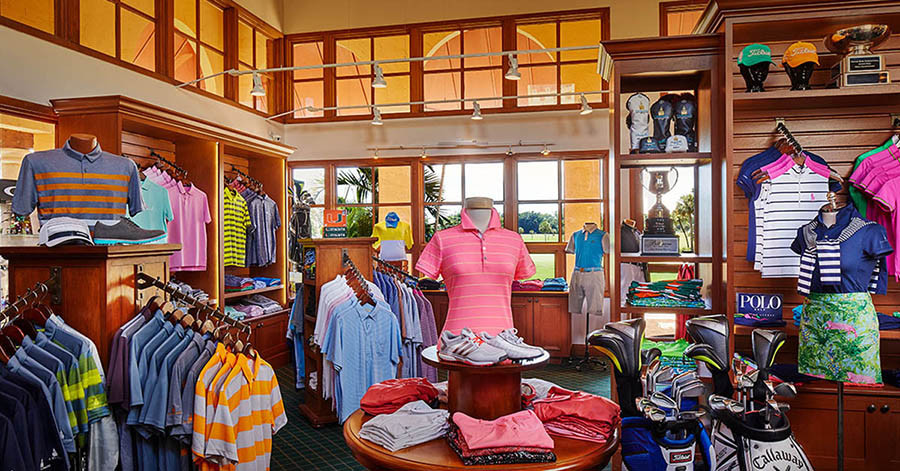 As the percentage of golf retail stores open, foot traffic continues to increase with a growing number of golfers indicated their concern for visiting physical stores is subsiding, according to the National Golf Foundation’s latest industry-wide survey.

Approximately 80 percent of off-course golf retail stores are open to customers, up from 61 percent two weeks ago. All but 4 percent of the 6.5 million square feet of total off-course golf specialty space had been closed to in-store traffic in early April, even as more than 40 percent of courses remained open for play. 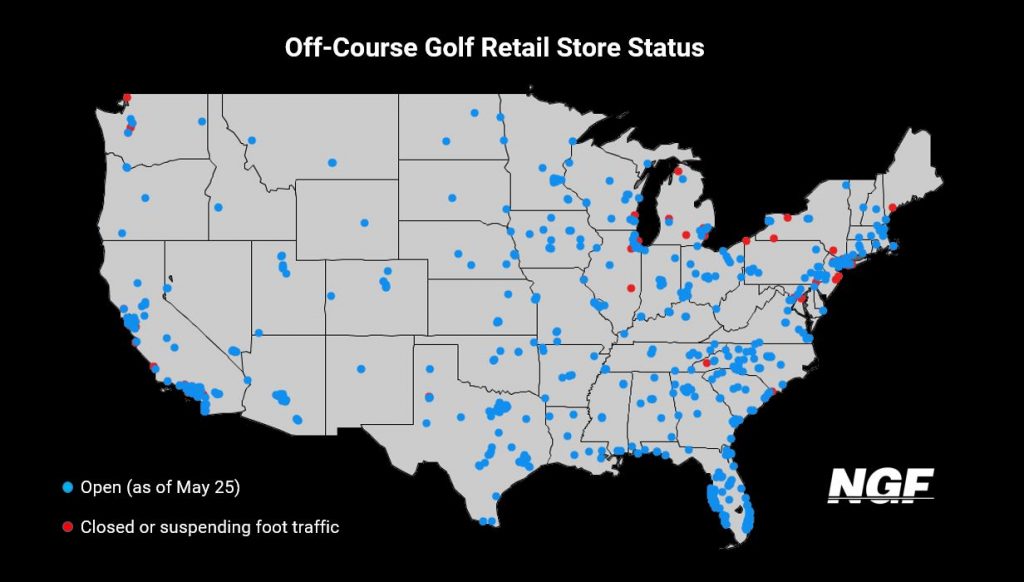 The percentage of open pro shops remains at 66 percent, a byproduct of at least 10 states having government mandates in place that prevent facilities from allowing customers into pro shops and clubhouses. This group includes New York, New Jersey, Pennsylvania, Michigan, and Illinois, which have more than 3,400 golf courses between them.

Meanwhile, only 8 percent of core golfers indicate they’re “very concerned” about shopping in golf retail stores or pro shops, with 60 percent now saying they’re not concerned about entering physical golf retail locations. This is the first notable change over the past month of consumer surveys and up from 52 percent a week ago. Core golfers also indicated their personal financial outlooks continue to improve, even if they’re not currently spending as they normally would.

The percentage of U.S. golf courses open for play has increased to 97 percent after a seventh straight week of increases in the number of course reopenings. 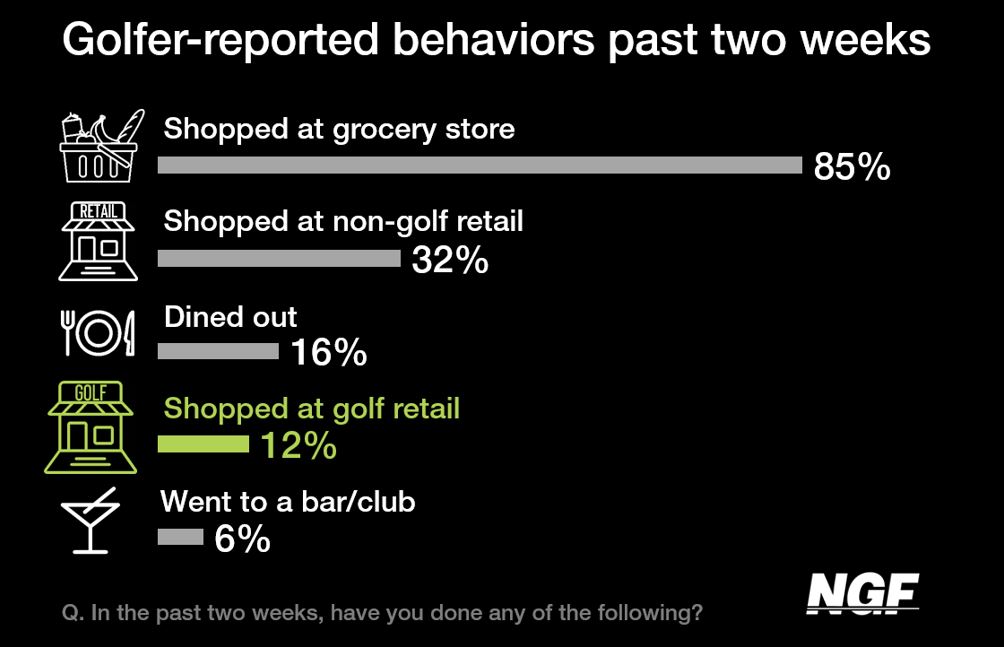 “The good news, mostly anecdotal, is that there seems to be a surge in participation among beginning golfers and those who haven’t played in a while,” said NGF President and CEO Joe Beditz. “Course operators are telling us they are seeing lots of new faces, and retailers are saying they are moving an unusually large number of beginner (boxed) sets of clubs.”

For the latest data and insights, visit here.

USA Cycling Names Wiggle Executive as Next CEO and President