Golf Galaxy, Inc. saw net sales increase 45.1% in the third quarter to $46.1 million from $31.8 million for the same period of the prior fiscal year. Comparable store sales increased 3.8% for the quarter on top of a 6.7% increase in the year-ago period.

The company reported a net loss for the third quarter of $3.4 million, or a loss of 31 cents per diluted share, expanding from a loss of $1.6 million or 15 cents per diluted share last year. The company typically reports a net loss in its fiscal third quarter, its lowest volume period due to seasonality. Third quarter results include acquisition-related costs of $944,000, net of tax, or 9 cents per diluted share, associated with the company's pending acquisition by Dick's Sporting Goods, Inc., which was announced on Nov. 13th. As expected, net loss per share also increased in our third fiscal quarter compared to the prior year due to the seasonality of sales combined with a higher fixed cost structure due to additional store locations and increased general and administrative expenses. Excluding acquisition-related costs, the company's pro forma net loss for the third quarter of 2007 was $2.5 million, or a pro forma diluted loss per share of 22 cents. The company's guidance for the quarter, which excluded acquisition-related costs, was for a net loss of $2.7 million to $2.3 million, or 25 cents to 21 cents per diluted share. A reconciliation of pro-forma net loss and pro-forma diluted loss per share is provided in a table that follows.

“We are very proud of our employees' relentless focus on outstanding execution which resulted in another quarter of solid growth,” said Randy Zanatta, Golf Galaxy's president and chief executive officer. “This past quarter marks the company's fifteenth consecutive quarter of comparable store sales increases. In addition, we expanded our overall gross margin by 140 basis points reflecting the continuing strength of our operating model. We achieved this gross margin improvement through continued focus on strategic initiatives to increase sales of higher margin product categories including services, apparel and pre-owned clubs. During the quarter, we increased our services revenue to 4.8 percent of our overall sales, as compared with 3.3 percent of our sales in the same quarter last year. Services are a key element of our brand and differentiate us from our competitors, while delivering higher gross margins. We now have completed the retrofit of all stores with the GolfWorks store-in-store concept enabling us to market our service offerings more effectively and continue to grow this important part of our business.”

“In addition, our gross margins also benefited from a less promotional approach entering the holiday shopping season as compared to last year,” commented Zanatta. “Our success to date is the result of the dedication of our employees and management team and we will continue to work diligently together to execute our goal of being the leading golf specialty retailer in the United States.”

“We continue to execute our store expansion plan and believe significant opportunity exists for the Golf Galaxy brand in existing and new markets,” said Zanatta. “Specifically, we believe there are tremendous expansion opportunities in the high population, year round golfing areas of the United States including the California, Arizona and Florida markets.”

As announced on Nov. 13, 2006, Golf Galaxy entered into an acquisition agreement with Dick's Sporting Goods, Inc. Under the terms of the agreement, each outstanding share of Golf Galaxy common stock will be converted into the right to receive $18.82 per share in cash, without interest. Completion of the acquisition is contingent upon various conditions, which are more fully set forth in the agreement, and includes, among other things, approval of the transaction by Golf Galaxy's shareholders. The companies expect to complete the acquisition in Feb. 2007, subject to Hart-Scott-Rodino approval under United States antitrust laws and customary closing conditions. 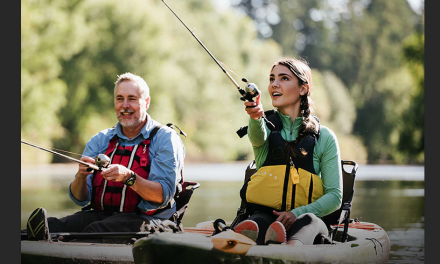