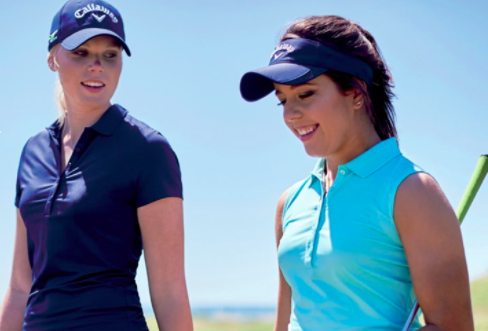 In the Golf Lifestyle Apparel segment, Callaway again saw double-digit sales growth, which was led by a continued focus on elevating distribution within the golf specialty, sporting goods, green grass and better department store channels in both the U.S. and Canada, said Oscar Feldenkreis, CEO and president, on a conference call with analysts.

Feldenkreis said that with cooler temperatures, the Callaway Weather Series multi-layering programs “became a key volume driver with all our accounts.”

The Tour Authentic premium product and price points are expected to allow Callaway “to partner with the best country clubs in the world.” Orders have already been secured and will be available at St. Andrews, Whistling Straits, the club at Rugby Hill and Desert Mountain.

At PGA Tour, the ProSeries product of performance designs experienced double-digit growth year-over-year in Q4, while long-sleeved knit layerings drove trend-right, wear-now sales. The golf bottoms and stretch were also key drivers for PGA Tour, especially in the active waistband styles, and continued to drive the trend in both pants and shorts.

Feldenkreis also said Jack Nicklaus “continues to do extremely well here in the United States” and the brand has set up in-store shops in Golf Town, the largest retailer in Canada, under the Golden Bear brand, which is Jack Nicklaus as well. Jack Nicklaus is expected to soon close on a renewal of its license agreement.

In Q4 Nike Swim began shipments to its partners ahead of the all-important spring swim season.

“Retail sales, though very small at this time of the year, are providing positive indicators that bode well for the spring,” said Feldenkreis. “Our expansions into new market continues; just three years ago we were in three countries the USA, Canada and Mexico. By the end of calendar 2018 we will be in 62 countries, including the launch into the Asian market. Our international expansion, along with the continued growth in existing stores, is expected to accelerate growth for Nike Swim in fiscal 2019.”

Feldenkreis said the company’s performance reflects its focus on its major global lifestyle brands, Perry Ellis, Nike Swim, golf and Original Penguin and expanding higher margin businesses and channels of distribution, including international direct-to-consumer and licensing. He added, “At the same time, we continue to maintain stringent controls of expenses and inventory. This strategy has served us well in fiscal 2018 and positions our business favorably as we start fiscal 2019.”

For the current year, the company expects total revenue to be in the range of $855 million to $865 million from core sales of $843.6 million. Excluding any potential expenses incurred by the company in connection with the Board of Director’s exploration and evaluation of potential strategic alternatives and the related February 9, 2018 proposal to acquire the company, EPS is expected in the range of $1.80 to $1.90. The guidance assumes a tax rate of 25 percent and compares to core adjusted diluted earnings per share of $1.70 in fiscal 2018.

The founder of Perry Ellis International, George Feldenkreis, offered to acquire the apparel company for $430 million with a plan to take it private.