Giving Back: Lift23 Socks Pair Performance with a Purpose

“I knew that solely trying to make money from socks was not enough,” said Edward Del Guercio, founder of Lift 23 performance ski/snow socks. Prior to the company’s founding in September 2014, Del Guercio already had an outstanding performance sock product, tested by skiers and snowboarders and redesigned through several iterations. “The testers loved the final product, but I didn’t pursue it,” he said.

Del Guercio reiterated, the purpose wasn’t there. “I began soul searching,” he said, “I made lists of things that were important to me and what I thought I excelled at.” What resulted was a reoccurring index, which always pointed back to one idea: making others happy. “But there was one small problem,” Del Guercio said, “How do you make a living trying to spread happiness?”

He began to pair purpose with product, selling the great socks he had developed with a giving back business model. Lift 23 committed to outfitting homeless New York City children with their own pairs of sock – a pair given for every one sold.

If this giving back model sounds familiar, it’s because Del Guercio structured Lift 23’s goal-driven social mission after Toms Shoes, well known for their “one-to-one” promise of donating a pair of shoes for every pair purchased. “While contemplating starting the company, I read several books to help me make my decisions. It was Tom’s Shoes owner Blake MyCoskie’s book ‘Start Something That Matters’ that really got things rolling. I thought, here’s a guy who went into business to help others, and he’s making a living out of it.”

“Once I had the idea of pairing the socks with helping people in need, I began doing more research. I learned that socks are one of the most requested items at homeless shelters, but one of the least donated,” Del Guercio said. As most donated clothing is second-hand, people do not think to give socks that have been used. What was perhaps more shocking was the number of children affected by homelessness in NYC. “When I began Lift 23, the NYC Department of Homeless Services reported that there were 23,000 children living in the New York City shelter systems, not including the kids living on the street.”

This statistic inspired Del Guercio’s business, which would become so engulfed in the issue it would lend its name to represent the problem. “The 23 in Lift 23 represents the 23,000 homeless kids living in NYC homeless shelters.” Del Guercio lived in NYC for many years prior to founding Lift 23, and had seen the problem of homelessness first hand. During his time in the city, he befriended homeless men and women in the neighborhood where he lived, often bringing them food or coats in the winter.

Now that the purpose was clear, the next big challenge was picking a platform to launch the company. Del Guercio decided crowdfunding would be the best approach, taking to Indiegogo to publicize the cause and raise money. This direct-to-consumer avenue has become widely popular for up and coming outdoor brands with a compelling story including Sunski sunglasses, Oru Kayak and Bosavi headlamps.

“Indiegogo can take pipe dreams and makes them a reality, but can also squash half-baked ideas. It requires a lot of time and effort to get a successful campaign up and running, forcing you to focus on the things that are most important,” said Guercio. “It was Lift 23’s first big hurdle and we had a successful campaign. It validated the idea and it gave me a sense of accomplishment and pride.”

Contributors who helped Lift 23 skyrocket on Indiegogo (raising more than $15,090) were compelled by the performance attributes of the socks as well. “The best natural wicking fiber is Merino Wool, so that was our starting point,” said Del Guercio. “But Merino Wool on its own has some drawbacks, like pilling, slipping, or overall comfort, so we engaged in a thorough trial and error period to address those drawbacks.”

The final product is a melding of soft Lycra and Coolmax, with added compression zones to hold the sock as close to the foot as possible. Del Guercio laughed, “Before I give away all of our secrets, let’s just say we have maxed out a performance sock.”

One consumer swore, “If I were only allowed one pair of ski socks to bring on a trip, I would hands-down bring my Lift 23’s.”

Without giving away secrets, Lift 23 socks feature a reinforced Lycra rib knit cuff and form-fitting instep that prevents slippage and bunching, while the mesh-knit design is optimal for ventilation and wicking. The reinforced Y-Heel provides shock absorption while a seamless hand-stitched toe is a godsend.

Now a year after its Indiegogo success, Lift 23 is focused on athletic socks for activities outside the wintersports category like hiking, golf and running. “This past summer, Lift 23 was fortunate to work with the First Tee of Metropolitan NY, a national organization that introduces kids to the game of golf to help instill values such as honesty, integrity, sportsmanship and work ethic,” Del Guercio said. Collaborating with First Tee, Lift 23 held golf clinics for kids in NYC homeless shelters and handed out Lift golf socks. These kids were the first, and so far the only, to try Lift’s new golf socks, which Del Guercio hopes to bring to market soon.

“Once I had the idea of pairing the socks with helping people in need, I began doing more research. I learned that socks are one of the most requested items at homeless shelters, but one of the least donated.” Edward Del Guercio

Currently around 1,500 pairs of socks have been donated to NYC homeless children through Lift’s giving back model, with another 6,000 pairs sold to consumers and scheduled for a one-to-one matching donation this 2015 holiday season. “It’s important to note though, we have expanded the mission to serve children in 15 other states,” said Del Guercio. “Not all of the 6,000 pairs will be going to NYC homeless kids.”

The big finish line of outfitting 23,000 homeless children with socks is just over the horizon, one pair at a time. The company projects hitting that goal by 2017. 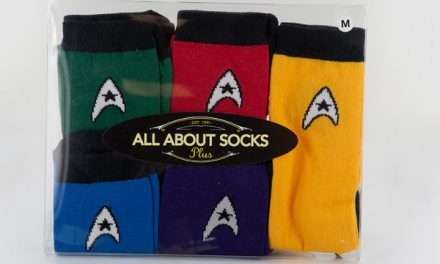 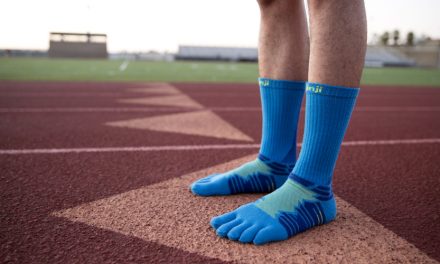 Go The Distance In Toe-riffic Ultra Run Socks From Injinji 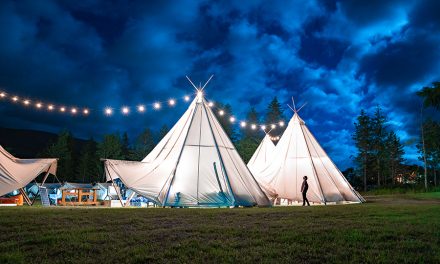 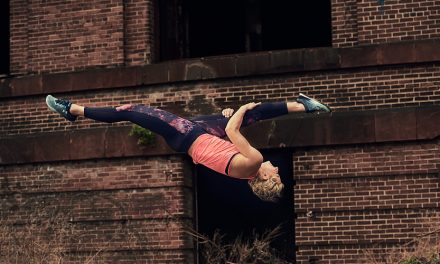