Gibbon Slacklines USA is honored to announce they will be hosting the 2012 World Slackline Federation World Championships at The Boston Ski & Snowboard Expo from November 10-11. Held for the first time in the United States, the World Championship is a competition where the world’s top eight professional slackliners will battle head to head for the overall title of World Champion.

Athletes are awarded points in all World Slackline Federation competitions that accumulate over a 12-month period to determine the eight slackliners who will compete in the World Championships.

At just fifteen years old, the current top-ranked slackliner in the world, Alex Mason, is guaranteed a slot to compete in Boston. Mason took the number one spot in the world rankings after winning the Teva Mountain Games competition in Vail, CO and placing second at the slackline World Cup events in Germany and Austria earlier this year. As a teenager, Mason represents the sport’s fastest-growing demographic. Second to Alex comes Andy Lewis, the slackliner famous for his Super Bowl XLVI performance where he shared the stage with Madonna. Lewis is currently ranked number two worldwide and is also guaranteed a slot to compete in the World Championships.

To determine the six remaining athletes who will compete in Boston for the World Champion title, three more competitions will take place. These competitions include the Chicago Open Streets Slackline Jam on Sept. 16; the U.S. National Championships at the Midwest Outdoor Experience in Dayton, OH on Oct. 5-6; and the Slackline Open at the Dew Tour San Francisco on Oct. 18-21.

“The World Championships is the event we’ve been looking forward to all year,” said Emilio Torres, vice president of sales at Gibbon Slacklines USA. “After hosting competitions all across the U.S., we’re honored to host the most important of them all, especially since it’s here in the United States for the first time.”

For those unfamiliar with the sport, slacklining is the act of balancing along a narrow, flexible piece of webbing which is low to the ground and usually anchored between two trees. Slacklining has become a recent feature of Madonna’s current MDNA tour where three Gibbon athletes are performing with the Material Girl. Gibbon is the world’s leading slackline manufacturer and is rapidly building the sport with their top-level pro team and by hosting competitions across the U.S. Gibbon’s easy-to-use equipment makes the sport accessible for anyone, from athletes to families. 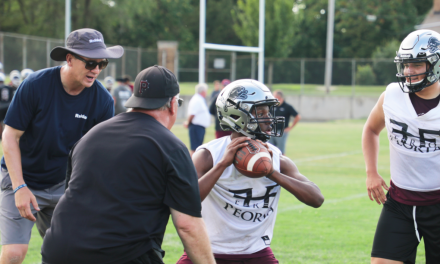