Genesco Inc., the parent of Journeys and Hat World, reported earnings climbed 47.8% in the third quarter, to $17.0  million, or 72 cents a share, compared to earnings from continuing operations of $11.5  million, or 50 cents, a year ago.

Robert J. Dennis, chairman, president and chief executive officer of Genesco, said, “Our third quarter performance exceeded our expectations, highlighted by a comparable store sales gain of 9% and strong earnings growth. Our overall businesses produced better than planned top-line results as the positive trends we witnessed in the Back-to-School season continued throughout the quarter. This allowed us to achieve meaningful operating expense leverage and deliver much improved profitability versus the year ago period.

“The fourth quarter has started off well, with comparable store sales across all the Company's retail businesses up 11% through the first three weeks of November. While we anticipate that comparable store sales will moderate from current levels, we are more optimistic in our outlook for the Holiday selling season than when we last updated our guidance for the year.

“Based on stronger than expected third quarter results combined with an improved outlook for the fourth quarter, we are raising our full year earnings guidance. We now expect Fiscal 2011 diluted earnings per share to be in the range of $2.38 to $2.43, up from our previous guidance of between $2.10 and $2.20, a 27% to 30% increase over last year's earnings. Consistent with previous guidance, these expectations do not include expected non-cash asset impairments and other charges, which are projected to total approximately $11 million to $13 million, or $0.28 to $0.33 per share, after tax, in Fiscal 2011. This guidance assumes comparable sales of 5% to 6% for the fourth quarter.”  A reconciliation of the adjusted financial measures cited in the guidance to their corresponding measures as reported pursuant to U.S. Generally Accepted Accounting Principles is included in Schedule B to this press release.”

Dennis concluded, “The combined effort of our entire organization and the superior strategic position of our major businesses has allowed us to gain strength both strategically and financially as we have moved through the economic downturn.  This quarter's results and our continuing momentum reflect this strength, as well as the early benefits of the growth initiatives we have pursued over the past year.  We are excited about the new opportunities that continue to unfold.” 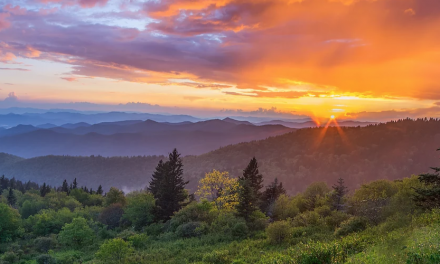