After months of public wrangling, charge and counter-charge surrounding the contentious merger between The Finish Line, Inc. and Genesco Inc., the trial that is supposed to resolve at least part of the dispute got under way last week in the Chancery Court in Tennessee. The civil action, brought by Genesco to force The Finish Line to complete the $1.5 billion merger first announced in June, is the latest step in a legal battle that has raged since FINL failed to close the UBS-financed deal as scheduled.

The trial opened and adjourned for the week with The Finish Line charging that a forced completion of the merger would signal the death of both retailers.  FINL was to borrow heavily to complete the deal, requiring UBS to finance all but $10 million of the $54.50 per share buy-out deal that bested an earlier offer by cross-mall rival Footlocker, Inc.

An attorney for The Finish Line, said his client saw the merger as an opportunity to acquire its larger competitor as a strategic move to expand market share in the mall retail sector, but “the deal of a lifetime turned into a life-or-death lawsuit.”  In opening statements, he argued that Genesco's worse-than-expected results since the buy-out negotiations indicate that the merged entity wouldn't generate enough cash flow to grow its business or pay its debt obligations to UBS.

A Genesco lawyer opened by suggesting that FINL developed “buyer's remorse” following “its zeal to beat out its fiercest competitor” to buy Genesco, and that UBS stood to lose hundreds of millions of dollars because of the worsening credit market.  He also suggested that the move to squelch the deal was part of an effort by UBS and FINL to negotiate a cheaper price.

The Finish Line and UBS allege that Genesco executives fraudulently withheld critical May sales data that could have indicated future problems for the retailer.  Those allegations have led to an investigation now under way by the U.S. Attorney.  Attorneys for The Finish Line argued that a drop in Genesco's earnings, the alleged fraud regarding Genesco's financial position and a government probe of the proposed transaction constitute a “material adverse change,” allowing it to halt an agreed-upon merger.

Genesco believes the second quarter loss was a short-term reflection of the mall retail environment – not long-term financial health.

Genesco CFO Jim Gulmi testified that Genesco's May comparable store sales had been withheld from The Finish Line prior to the inking of the merger deal.  He admitted that when the numbers came in, he felt that FINL should be advised of the results as a sign of “good faith,” but opted not to share the monthly results because the quarter and full-year projections showed GCOs sales projections for the fiscal year were unchanged.

Steve Schneider, CFO for The Finish Line, finished the week testifying that if the merger deal is completed, he would be worried the combined entity would be insolvent in nine months.

That position is apparently the result of the heavy debt load the company would need to take on to complete the merger.  That debt was supposed to financed in large part by cash flow from the Genesco side, which has now been called into question.

>>> This will not end well for anyone.  If the deal was forced to be completed, how could Bob Dennis assume the leadership role that The Finish Line has already announced? >>> Hasnt just about everyone moved away from monthly analysis?>>> As if to prove GCOs point, UBS last week announced it would write down about $10 billion in sub-prime loans… 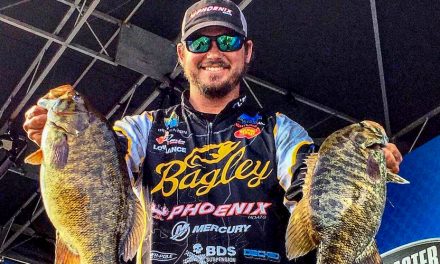