When looking at the courtship of Genesco, Inc. and its coveted position in the mall, its hard to remember a deal in recent history that has had more ups and downs or that has gotten more personal.  The latest salvo was launched on Friday morning as Genesco, Inc. announced it was suing its expected merger partner, The Finish Line, Inc., asking the Chancery Court in Nashville, Tenn. to compel the Indianapolis-based retailer to consummate the merger deal first announced in mid-June of this year and to enforce The Finish Line's rights against expected deal-financier UBS to finance the transaction as promised.

This deal, which would undoubtedly re-make the landscape of the mall, has been seen by some analysts as shaky since rumors first surfaced that Genesco was on the block.  Most remember the back-and-forth e-mail letters released by Genesco, Inc. and then-suitor Foot Locker, Inc., as management went public with letters sent back and forth discussing a potential hostile takeover deal.

Genesco Chairman and CEO Hal Pennington was quite vocal in his rejection of a bid by Foot Locker, Inc. and its chairman and CEO, Matt Serra, and the market watched as the public positioning by both retailers looked as though it turned personal.  Now, just three months after GCO rejected the Foot Locker, Inc. all-cash offer of $51.00 a share in favor of a $54.50 bid by The Finish line, Inc., Genesco has been left waiting impatiently at the altar.

Speculation first surfaced about a potential sale of Genesco, Inc., which owns and operates the Journeys, Lids, Underground Station and Johnston & Murphy retail chains and also designs, develops and wholesales footwear under the Johnston & Murphy and Dockers brands, in the first quarter this year.  Genesco was flying high at the time as Journeys was clicking on all cylinders and Johnston & Murphy was back in solid form after a few years of challenging results.  At the same time, issues started to surface with its urban format, Underground Station, not long after Nike made the decision to pull its product from the retailer last fall.  GCO also started to see challenges in its Hat World division as the urban-influenced fashion trends for licensed headwear turned soft.

Still, Genesco was riding high with Journeys, which many analysts saw as the perfect format to take full advantage of the mall consumers shift to lifestyle fashion athletic footwear and away from performance footwear as fashion.  This positioning was the primary reason why Foot Locker and Finish Line both saw upside in a potential deal as both chains struggled with the same shifting trends in fashion.

The earliest hints that the bid by The Finish Line to acquire Genesco might hit a snag can probably be traced back to problems in the sub-prime mortgage market, as easy money quickly dried up and investors moved to keep their powder dry while they waited for the other shoe to drop.  UBS Loan Finance LLC and UBS Securities LLC, which had committed to funding the transaction, started to publicly voice its concern over the deal after Genesco, Inc. posted a loss for the second quarter.  In the second quarter ended August 4, Genesco, Inc. reported a net loss of $4.2 million, or 19 cents per share.

The report of the loss prompted FINL to issue a press release suggesting it was evaluating all options related to the merger and then UBS late last week issued its own release suggesting that they were “extremely concerned about the apparent deteriorating financial position of [Genesco].”  GCO shot back quickly that the Q2 results did not represent a “material adverse effect” on the Genesco business.  Genesco shareholders approved the acquisition early last week and urged FINL to “consummate the merger.”   The suit came late in the week after The Finish Line issued a statement that UBS was requiring additional documentation on the GCO business and that they intended to “defer any further work on the remaining closing documents … pending the results of its analyses of Genesco's financial condition and performance.”

On Wednesday, Mr. Pennington said in a letter to FINL Chairman and CEO Alan Cohen that “it is clear from their own statements that they [UBS] are looking for a way out of their commitment — in our view, not because of Genesco's results but because the upheaval in the credit markets makes this deal less profitable for them.”

Other gems included in the court filing obtained by SEW include:

· “Finish Lines actions are particularly egregious when considered in light of the substantial competitive advantage that Finish Line would receive in the event of a failed merger.”

The suit highlights one particular example of how Genesco feels it will be harmed if the deal does not go through, alleging that at a meeting in early September between GCO and FINL executives, “a Genesco representative spoke at length about a particular line of shoes carried by both Genesco and Finish Line During that meeting, Finish Line learned that Genesco expected demand for the shoe to decrease in the near future. The following Monday – the next business day after the meeting – Genesco field operations personnel reported that Finish Line had slashed its price on the same shoe by ten dollars per pair.”

>>> Anyone doubt that Foot Locker is just sitting back watching this all play out  Regardless of the outcome, two competitors are likely now less focused on the business 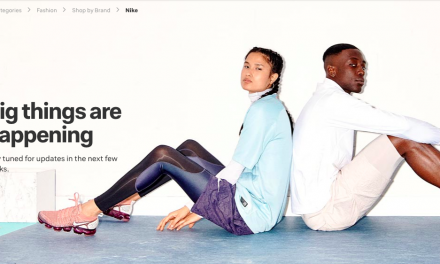 Nike To Sell On Walmart’s Jet.com