Speaking at last week’s Telsey Advisory Group Consumer Conference, Bob Dennis, Genesco’s chairman, president and CEO, said the 37-unit Sports Fanatic chain acquired last November, which is being renamed Lids Locker Room has the potential to reach up to 500 stores nationally. A number of acquisition candidates have already been found.

“We have identified five other regional chains that are also in the 30 to 40-store count range,” said Dennis. “Our thesis is that as we build a national footprint we get the economics of scale that come along with that.”

The 3,000 square foot stores sell hats, fleece and T-shirts, as well as novelties for the home such as lamps, mugs and doormats. Said Dennis, “All at very good margins, all really very distinctive from what anybody else does in the mall.”

The business will also benefit from numerous synergies with the Lids hat franchise, including sharing systems and back-office functions as well as local merchandising expertise.

Dennis also noted that in buying other hat chains, the Lids chain generally picks up 400 basis points in gross margin due to purchase discounts. Given that Sports Fanatics was already profitable, he sees the business earning a “nice double-digit margin business” similar to Lids over time.

Five Lids Locker Room openings are planned without acquisitions this year, and further margin gains are expected as the chain is rolled into Lids systems. Said Dennis, “We have huge vendor overlap. And believe it or not this was a business that did not have an e-commerce site and so we are going to be bringing that to the party as well.”

Impact Sports, which is being renamed Lids Team Sports and was acquired in late 1998, is a wholesale team dealer business that has 58 road reps calling on colleges, high schools and club teams.  It also has a critical “friends & family” opportunity. For instance, a high school quarterback buying a uniform from Lids Team Sports might be incentivized to buy fan gear for family members, Dennis said.

“It’s an industry that is extraordinarily fragmented,” said Dennis of the team dealer market. “There are 5,000 team dealers out there and it’s a very large industry and it lacks scale. Again, this is something that we know how to do. The systems are from the dark ages. It’s reps showing up with clipboards talking to high school coaches and writing down name and number, so the opportunities for streamlining this we think is enormous.”

Meanwhile, the core Lids hat franchise remains highly profitable. Last year, profitability from the Lids Sports Group was roughly equal to Journeys while accounting for about a third of the business. As such, Genesco plans to “disproportionately invest in the Lids Sports Group because that is where we are making the great returns and that is where we have terrific opportunities.”

The Lids headwear chain currently has 800 stores and Dennis sees room for about 200 more in North America. One particular growth opportunity for the hats chain is embroidery, which is in about half its doors and adds about 8% more to sales once added to a store.

But the meaningful opportunity for the Lids Sports Group, formerly Hat World Group, is integrating the hat chain with the two new businesses given the extensive overlap between them. Using one warehouse production facility, for instance, Lids was able to capitalize on Butler University’s surprise NCAA Final 4 run by creating Butler T-shirts through its Lids Team Sports segment and then selling them at the Lids headwear stores as well as Lids Locker Room. On the cross-marketing side, Lids may learn of an avid soccer player by selling him uniforms through Lids Team Sports and then use that knowledge to sell him or her soccer fan gear through Lids or Lids Locker Room. All three businesses are being connected through lids.com.

“The theme that we have latched onto is that we want Lids to be the brand that the kid thinks of first, whether it’s the team he plays for or the team he roots for,” said Dennis.

Part of the focus on the Lids Sports division is because Journeys growth is being capped by a lack of new mall development and even the closing of underperforming malls. As a result, overall Genesco’s square footage growth will likely be in the 1% range in 2010. With modest store growth as well as expense savings achieved by rent concessions and wage breaks, Genesco is using its cash to explore new concepts, add-on acquisitions, and niche acquisitions, as well as possible stock buybacks.

Regarding Journeys, Dennis reiterated that toning shoes will start showing up at the chain this spring. Although Journeys merchants still feel that the toning category is not a fashion item for teenagers, “the category has become so dominant and such a compelling trend that we are testing it.”

Overall, however, he said Journeys needs some fashion shifts to get comps growing robustly again. Said Dennis, “Teen footwear fashion has pretty much stalled out on athletic-influenced styles, particularly canvas styles, and within that world particularly Chuck Taylors. So we are starting to see some signs of a favorable fashion shift that came in the fourth quarter with a little bit of a shift to brown shoes. But we need something bigger and more dramatic to really drive that business.” 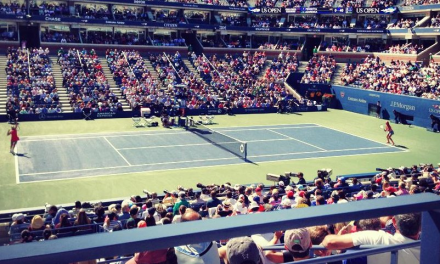 TIA Innovation Challenge Finalists To Present In NYC On August 28

Quiksilver’s Q2 Revenues Up 7% Without Rossignol