Garmin Ltd. reported Fitness segment revenue increased 2 percent in the first quarter ended March 30 to $72 million despite tough comps against the first quarter of 2012, when the debut of its newest Forerunner propelled rapid growth.

The fitness segment posted revenue growth of 2 percent in the quarter as we compared against strong initial shipments of the Forerunner 910XT which launched in first quarter of 2012 and contributed to 26 percent growth in the year ago quarter, said Cliff Pemble, president and CEO of Garmin Ltd. Even with the difficult comparable, we were pleased to see the strong reception by the cycling community to our Edge 510 and 810 which began to ship in the quarter. In addition, consumers continue to gravitate to our Forerunner 10, capturing a new subset of the running market.

Sales in its Outdoor segment dipped 1 percent to $76.2 million from a year ago, but the company said it expects solid gains in the current quarter as golfers snap up its new Approach S2 and cyclist buy its Edge 510 and 810 computers.

The outdoor segment posted a slight revenue decline in the seasonally weak first quarter, Pemble said.  Though this is a slow start to the year, we remain excited about the innovative products that we will offer throughout the year.

Partially offsetting the decline in PNDs was ongoing growth of auto OEM sales, included a deal to provide Garmin navigation systems to most Mercedes Benz models over the next four years.

We are building a strong reputation in the infotainment market and this business relationship highlights the growing level of confidence amongst OEMs that Garmin can be a major supplier in the industry, Pemble said.

CFO Kevin Rauckman said Garmin’s revenue and pro form earnings per share came in largely as expected with growing revenue contribution from outdoor, fitness, and aviation, which are the most profitable segments.

It highlights that we are a company that will continue to be highly profitable even as our automotive/mobile segment declines,” Rauckman said.

Gross margin reached 62.1 percent in the Fitness segment and 58.3 percent at the Outdoor, up 100 and down 290 basis points respectively compared to the companywide gross margin of 51.9 percent.

Garmin will update guidance following the second quarter which is seasonally stronger, providing a better preview for the second half of the year.

Cybex Sales Improve in Q4, but Lawsuit Judgment May Lead to Bankruptcy 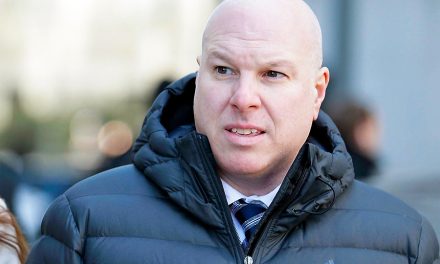