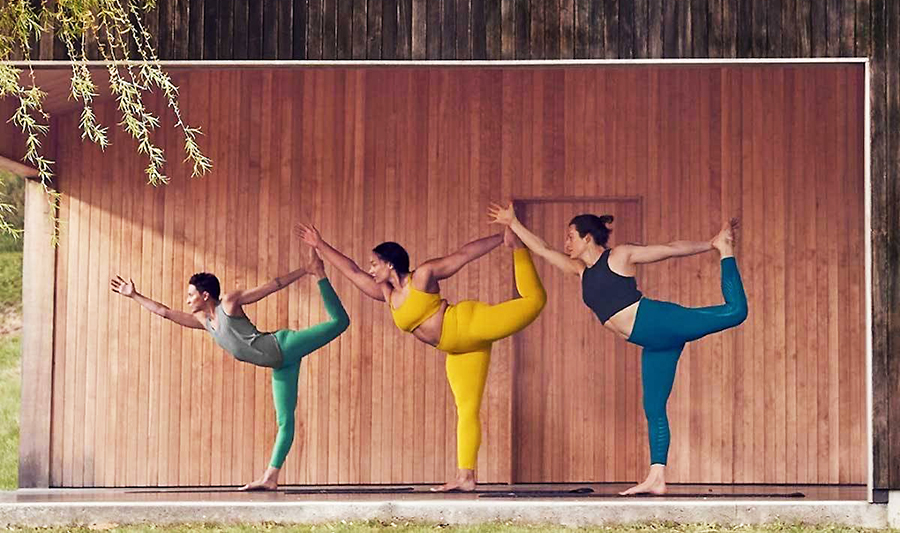 At its Investor Day presentation, Gap Inc. set a goal to double Athleta’s sales to $2 billion from $1 billion currently.

At the end of its second-quarter ended August 1, Athleta had 196 stores. Plans call for opening approximately 100 stores in the U.S. by 2023, or between 20-to-30 a year. Other growth opportunities for Athleta include growth beyond the U.S., forming selective wholesale partnerships and exploring social shopping partnerships.

In her presentation, Mary Beth Laughton, president and CEO at Athleta, said Athleta’s approximately 200 stores are “highly profitable,” driven by a healthy regular priced business. Online represents more than 50 percent of the business and is expanding at a double-digit rate.

Company officials also announced plans to expand Old Navy sales to $10 billion by 2023 from $8 billion at the end of 2019. Combined, revenue from Old Navy and Athleta are expected to account for 70 percent of Gap Inc.’s sales by 2023, up from 55 percent at the close of 2019. At 2019’s close, Old Navy represented 49 percent of the company’s sales and Athleta, 6 percent.

Gap Inc. also said it plans to return to profitable growth next year. By 2023, operating cash flow is expected to reach at least 10 percent of sales and its margin for earnings, before interest and taxes, to be 10 percent or more. Margins are expected to benefit from growth in the higher-margin banners, Old Navy and Athleta; the store closures at Gap and Banana Republic; international market transitions to a partner model; and higher product margins.