G-III Apparel Group, Ltd. reported fourth-quarter sales increased by 28 percent to $375.3 million from
$294.3 million during the comparable period last year. Net income per
diluted share was 40 cents per share compared to 25 cents for the comparable period last
year. On an adjusted basis, excluding expenses associated with the company’s acquisition of Vilebrequin, non-GAAP net income per diluted
share for the fourth quarter was $0.41.

For the fiscal year ended January 31, 2013, G-III reported net sales increased by 14 percent to $1.40 billion from $1.23 billion last year. The company’s net income was $56.9 million, or $2.80 per diluted share, compared to net income of $49.6 million, or $2.46 per diluted share, in the prior year. On an adjusted basis, excluding expenses associated with the Company’s acquisition of Vilebrequin, Non-GAAP net income per diluted share for the year was $2.92. For the fiscal year ended January 31, 2013, adjusted EBITDA increased 23 percent to $114.0 million from $92.4 million in the prior fiscal year.

The Non-GAAP net income per share and adjusted EBITDA for the full fiscal year reflect an adjustment to exclude the expenses and integration costs associated with the Vilebrequin acquisition.
For the three-month period ended January 31, 2013,

Morris Goldfarb, G-III’s Chairman and Chief Executive Officer, said, “We are pleased to have finished our year with a good fourth quarter and, more importantly, to be well positioned for the current year. We continue to see strength in many areas of our business, including sportswear, dresses, suits, team sports and handbags, as well as our Wilsons Leather stores. We are presently executing on our long-term Vilebrequin strategic plan. We have made significant investments in this business and will continue to do so over the next several years. I am extremely confident in Vilebrequin’s prospects.”

Goldfarb concluded, “We continue to plan for sales and profit growth. Over the long term, we will drive value to our partners, customers and shareholders through our continued diversification and expansion.”

Under Armour Moves into Cotton 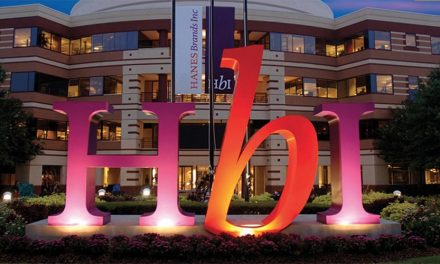