G-III Apparel Group, Ltd. reported that for the first quarter ended April 30, net sales increased by 19 percent to $272.6 million from $229.4 million in the year-ago period. The companys net income for the first quarter was $1.1 million, or 5 cents per diluted share, compared to a net loss of $847,000, or 4 cents per share, in the prior years comparable period.

Morris Goldfarb, G-IIIs Chairman and Chief Executive Officer, said, Our increase in first quarter revenue was driven by a variety of businesses and by the inclusion of sales from Vilebrequin which was acquired in August 2012. We saw a strong performance across a broad range of categories, particularly with respect to a number of our Calvin Klein products, and from our growing retail operations which produced double-digit comparable store sales increases in the quarter.

Goldfarb concluded, Current booking activity and sell-through rates, as well as positive feedback from our retail customers on our upcoming merchandise programs, give us increased confidence in our full year outlook. As the year progresses, we expect to continue to increase penetration with respect to several of our important categories, including womens sportswear, dresses, suits and handbags. We also are looking forward to some important brand expansions, including the launches of our Ivanka Trump collection, Calvin Klein mens and womens swimwear and a new line of womens status swimwear under our Vilebrequin brand. Our strategic and diversified approach to growth encompasses multiple brands, both genders and several tiers of retail distribution.

The company is now projecting adjusted EBITDA for fiscal 2014 to increase between 14 percent and 17 percent, to between approximately $129.5 million and $132.8 million as compared to its previous guidance of between $126.5 million and $129.5 million.
EBITDA should be evaluated in light of the companys financial results prepared in accordance with U.S. GAAP. A reconciliation of GAAP net income to adjusted EBITDA is included in a table accompanying the condensed financial statements in this release. 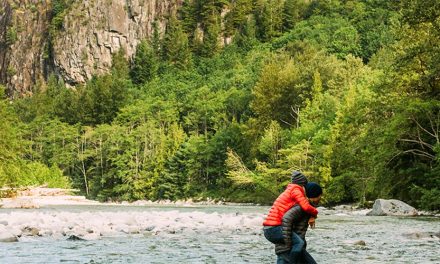