Seventy-eight companies nationwide have received Federal Trade Commission letters warning that they may be breaking the law by selling clothing and other textile products that are labeled and advertised as bamboo, but actually are made of manufactured rayon fiber.

The letters, which the agencys staff sent last week, make the retailers aware of the FTCs concerns about possible mislabeling of rayon products as bamboo, so the companies can take corrective steps to avoid Commission action.

We need to make sure companies use proper labeling and advertising in their efforts to appeal to environmentally conscious consumers, said David C. Vladeck, director of the agencys Bureau of Consumer Protection. Rayon is rayon, even if bamboo has been used somewhere along the line in the manufacturing process.

The FTC sued several companies last year for allegedly selling products labeled or advertised as bamboo that in reality were made of rayon. Rayon is a man-made fiber created from the cellulose found in plants and trees and processed with harsh chemicals that release hazardous air pollution. Any plant or tree-including bamboo-could be used as the cellulose source, but the fiber that is created is rayon.

While we have seen action by some retailers to correct mislabeled clothing and textile products, our hope is that these warning letters will serve as a wake-up call to all companies, regardless of their size, Vladeck said.

The FTC staff letter outlines the requirements for proper labeling and advertising of textile products derived from bamboo. The letter states, Rayon, even if manufactured using cellulose from bamboo, must be described using an appropriate term recognized under the FTCs Textile Rules. . . . Failing to properly label and advertise textiles misleads consumers and runs afoul of both the Textile Rules and the FTC Act.

In the letter, the FTC tells the companies they should review the labeling and advertising for the textile products they are selling and remove or correct any misleading bamboo references.

Along with the warning letters, the agency sent each company a synopsis of FTC decisions finding that the failure to use proper fiber names in textile labeling and advertising was deceptive and violated the FTC Act. Under the Act, the FTC can seek civil penalties of up to $16,000 per violation against any company that receives this information but fails to correct its advertising and labeling.

A complete list of the companies sent warning letters can be found on the FTCs Web site and as a link to this press release. They include small and large retailers, with both online and brick-and-mortar stores, and firms selling textile products labeled or advertised as bamboo that may be made of rayon. The more commonly known retailers include:

Todays announcement comes on the heels of four FTC enforcement actions brought against companies selling rayon products that were misleadingly labeled and advertised. According to the Commissions complaints, filed in August 2009, the companies falsely claimed that their rayon clothing and other textile products were bamboo fiber, marketing them using names such as ecoKashmere, Pure Bamboo, Bamboo Comfort, and BambooBaby. The complaints also challenged a number of other deceptive green claims, including that the products retained the bamboo plants antimicrobial properties, were made using environmentally friendly manufacturing processes, and are biodegradable.

The four companies have settled the FTCs charges and agreed to modify their labels to ensure their claims are not misleading or deceptive. (One of the cases still needs final FTC approval.)

The FTC has a publication designed to help businesses that sell clothing and textile products that are labeled as bamboo to market their products in ways that are truthful, non-deceptive, and in compliance with the law. Avoid Bamboo-zling Your Customers can be found at http://www.ftc.gov/bamboo. The FTC also has an alert entitled Have You Been Bamboozled by Bamboo Fabrics? that provides useful information for consumers shopping for bamboo-based fabrics. It also can be found at http://www.ftc.gov/bamboo.

The Commission vote to publicly disclose the warning letters was 4-0. Copies of the letters and a complete list of companies that received them can be found on the FTCs Web site at http://www.ftc.gov/bamboo and as a link to this press release. 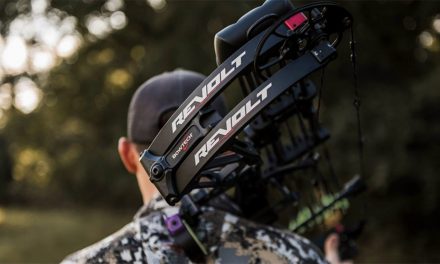