From Lonely Climber to Trending Packs

There’s no doubt that the number of climbers has skyrocketed in the past decade. What was once a niche sport dominated by unapologetic individualists is now a mainstream pursuit. So, how do retailers take the curve?

Popularity in bouldering in the early part of the millennium, coupled with rapid proliferation of climbing gyms, helped swell the ranks of what was once a very small, niche group. Now a renewed interest in outdoor climbing, plus rapid acceleration in the number of youth climbing teams, is keeping the category on an upward trajectory.

Also plumping up the numbers are many non-traditional users – people who visit gyms for yoga or Pilates or spinning, then find themselves at the climbing wall for a try. This wave caused Men’s Journal to recently pose the question, “Is Climbing the new Cross-Fit?” Climbing has officially gone mainstream, but the important question persists: are people investing in new gear?

Malcolm Daly, long-time outdoor industry luminary who cruised into retirement by taking a sales job at Neptune Mountaineering, said the answer is a resounding “Yes!” “Our hardgoods sales across the board continue to grow,” commented Daly. “Hardgoods are the lifeblood of this shop, and there’s a thirst for shops who specialize in technical sports.” Neptune offers 56 models of rock shoes (in full size runs) and more than 100 models of carabiners.

“By staying committed to climbing hardware, our customers stay committed to us,” Daly said. “It’s a business secret in plain view. We are a specialty shop, not a lifestyle shop, and across the board there is nothing on the climbing hardware wall that doesn’t move. In the first hour of business today we sold five helmets, and on any weekend, at least two dozen guidebooks for Eldorado Canyon will go out the door.”

Daly believes the strongest consumer group for hardware is intermediate climbers. These are sport climbers who lead 5.9 to 5.11 and trad climbers who set their sights from 5.7 to 5.11. The next biggest group is beginners, who are transitioning from the gym to the crag.

“I just worked with a customer for an hour who had been climbing in a gym and bought her first sets of draws and a rope,” Daly said. “We see everything from cotton tops (climbers with white hair) to college kids. As well as parents who are introducing their kids to the sport and kids who are introducing their parents to it. There is no ‘typical’ consumer like there was 20 years ago.”

Hardgoods Category Manager for Mammut North America Dave Furman said that the past couple of years have been difficult in the climbing industry, due to a rough economy and crazy weather patterns. He pointed to significant consolidation of specialty shops.

“With exceptions, I think the growth in the category has been confined to chain retailers, but even there, the category hasn’t been as robust as it was even five years ago,” Furman said. He noted that with more people shopping online, brick & mortar retailers look at climbing as something that pulls people into the store, but once there, consumers are still conservative with their buys. “Boulder is easy, but places like Philly or Chicago are more difficult for retailers,” he added. “They have to work harder to differentiate brands, and it’s not an easy category if people aren’t investing a lot of space – the margins are lower than for lifestyle product and the turns aren’t as great.”

Furman said that in 2014, the climbing business experienced an upswing with “real strength” in the Winter and Fall – partially due to the mild winter in the west. There was strength in New England hardware sales as well, which was colder than average with more snow.

At Petzl, Communications Manager Justin Roth said the company has seen consistent year-over-year growth in the climbing category – especially in harnesses, belay devices and helmets. “All indicators in the industry show that climbing as an activity has been growing as well,” said Roth. “There is clearly drastic growth in climbing gyms across the country and in the number of new climbers using those gyms. This gym explosion is drawing a much broader demographic, which certainly includes young and female climbers.”

Benjamin Eaton, communication specialist for Liberty Mountain, said he sees strength in the youth category. “I think kids are getting more into it. I’m not sure which came first, the chicken or the egg, but in the last five years, there’s been an upswing in the number of manufacturers who are developing kid-centric gear…so many of us are now parents…and we are making more kid gear. The core climbers who started out 10 to 20 years ago want to introduce their children earlier than they started.”

Chip Miller, global sales director Metolius Mountain Products, has noticed climbing hardware sales going up. Some of the company’s key accounts report double-digit growth over the past 12 months. What is spurring that growth for Metolius is that while many shops had low projections, the reorder and at once business has been really strong. Miller added that retailers are conservative with their initial orders as they are wary of carryover, but a light winter season has helped with sell-through. Metolius has seen strength in climbing chalk, harnesses and training.

“As a company, we have still managed to do well with export, even with the strength of the dollar,” Miller said.

Trango USA is also optimistic about the future. The company grew more than 80 percent year-to-year, and is up 54 percent year-to-date – something Trango Product Manager Adam Sanders attributes to good product line development. He marked some of the strongest categories as climbing accessories, sewn goods, rope pack, rope tarp and training.

“We are small compared to giants of the climbing hardware industry. To compete, we try to consistently launch products that are innovative and new, and will pull themselves into the market,” said Sanders. “Our balance of new, attractive, innovative products, supplemented with some classic commodity products like light, affordable carabiners, has worked well.”

Sanders said that growth has taken place particularly with specialty shops and online sales. “We have not relied on big box sales to date,” said Sanders. While he’s seen “huge growth” online, he said that the power of brick-and-mortar can’t be dismissed. “Specialty technical is still healthy, but it depends on the individuals involved. It comes down to who owns the store, who is doing buying, what support the buyer gets, how in touch the buyer is with the customer, and can the buyer recognize something that is worth moving on. It’s essential to have a sales staff that is interested and engaged, who can translate knowledge to the customer.”

Sanders added that while there is always the fantasy of making products in the most fancy and expensive way possible, the bottom line is that price is still a very real constraint in most categories. He said climbing shoes seem to be working opposite this trend, with people more than willing to pony up for $160 price points.

With both shoes and ropes, experienced users are driving sales of higher-priced gear, as they know how quality products can enhance their performance. “It’s people who’ve worn through cheap shoes and realized they got what they paid for. It is simply a matter of price per pitch,” Sanders explained. “If you pay $170 for a pair of shoes and they last three times longer than a $100 pair of shoes, then your price per pitch is lower. Our sales indicate that this applies to ropes as well.”

Sanders concluded that he’s seen growth in the gym category, and that both sport and trad climbing are growing, but he feels the bouldering category is tapering off. “That skyrocketing growth just isn’t happening anymore for bouldering gear,” he said. “The pendulum seems to have swung back to roped climbing.”

The bottom line is that sales are going to retailers who understand their consumer. “The people who have the most success have the most experience and authenticity with customers,” said Metolius’ Miller. “Even here in Bend, OR, the retailers who are doing well are the ones who are looked at as more of a resource than a retail outlet.” 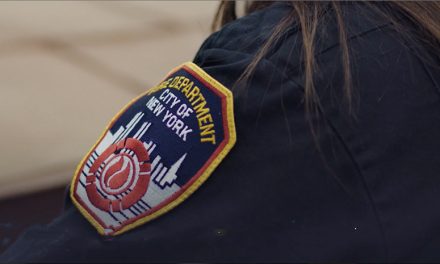 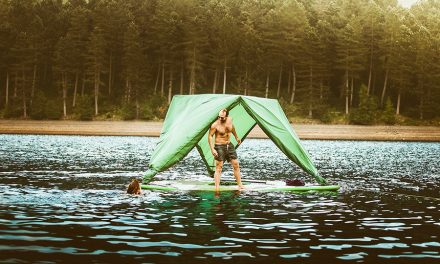